A Bolingbrook teen has been indicted on terrorism charges, after prosecutors say he planned to fly to Syria and join the Islamic State of Iraq and Syria.

Mohammed Hamza Khan has been behind bars for more than three months since his arrest at O’Hare International Airport. Federal agents took Khan and his 16-year-old brother and 17-year-old sister into custody as they were boarding a plane for Austria and then on to Turkey.

A criminal complaint filed in October outlines Khan’s alleged plan. Law enforcement say he was planning to take a bus to southern Turkey, where he would allegedly meet up with four people. Law enforcement believes Khan was then planning to cross the border into Syria and join the ranks of the ISIS fighters.

The indictment charges the 19-year-old with attempting to provide “material support to a terrorist organization.” 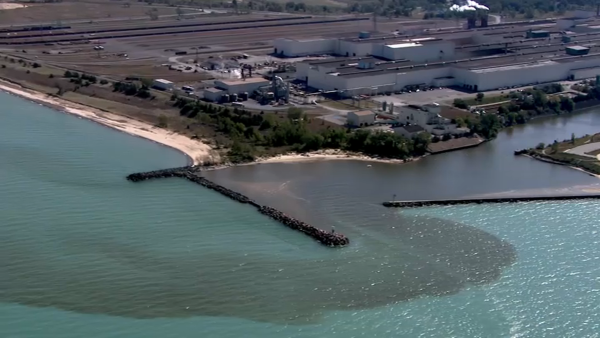 US Steel 2 mins ago

Prosecutors say Khan wrote a note to his parents explaining his dislike for American life and why he wanted to join ISIS. In the note he described his desire to live in the caliphate, which would join all Muslims under a single rule, prosecutors say.

“When a case gets a label of terrorism, it’s all of a sudden a terrorism case,” said Khan’s attorney Thomas Durkin. "But I don’t think teenagers trying to go live in a caliphate turn a case into a terrorism case.”