Kenosha Mom Said She Killed 2 Kids So They ‘Wouldn't Bother' Their Father: Prosecutors

Editor's Note: Details in this story may be disturbing to some readers

A Kenosha mother accused of methodically killing her two small children before attempting to take her own life said she did it so she and her kids "wouldn't bother"  their father anymore, prosecutors alleged in bond court Monday.

Prosecutors called the killings "callous, calculated and cold-blooded," alleging Lucia Hernandez-Alvarez is a danger to herself and the public. 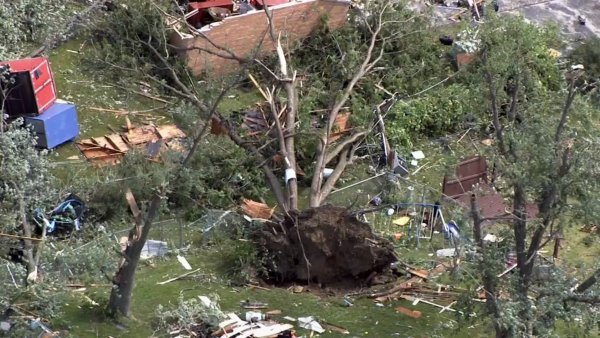 An attorney representing Hernandez-Alvarez in court expressed concerns over her mental health treatment in jail and noted the 34-year-old has no prior criminal record, but a judge said the killings clearly involved pre-meditation and set her bond at $5 million.

Authorities allege Hernandez-Alvarez drugged, then suffocated her 3-year-old daughter Alicia and 1-year-old son Javier inside their southeastern Wisconsin home while journaling the process minute by minute in a diary so her partner would know what happened.

Kenosha police were first called to the home in the 5000 block of 33rd Avenue at about 3:15 a.m. Saturday after receiving a 911 call from a man who said his two children were killed by their mother. When police arrived, Hernandez-Alvarez was found covered in blood after stabbing herself with a kitchen knife and the children's small, lifeless bodies were lying in a bed next to her.

"I walked in and I saw blood," said the Javier Arrellano, who lives with the family but is not married to Hernandez-Alvarez. “I held them, and they weren't breathing. They were cold. I jumped back, screaming 'Why my kids, why my kids!'”

Prosecutors said Monday that Arrellano told police that he asked the mother why she did it and she told him she was "stupid" and "now they wouldn't bother him and he would be alone."

Police say they have a confession allegedly written by Hernandez-Alvarez documenting every gruesome detail of the murders, including what time both of her children stopped breathing.

Hernandez-Alvarez told authorities she wrote the journal so her partner would know what happened, prosecutors allege.

“There is a journal or a log outlining what was done to each child, the time that each child stopped breathing, what was given to the children [and] what she did to herself,” said Kenosha Police Chief John Morrissey.

Prosecutors said Hernandez-Alvarez told police she drugged her kids to put them to sleep, then put plastic bags around their heads and pillows over their faces "so she wouldn't be able to see."

"The defendant said to police that she held the bag and the pillow over her son's face, until he stopped shaking," said Jason Zapf, Kenosha County Assistant District Attorney.

She said her daughter didn't fall asleep right away, so she wrapped a blanket around her arms and took her to the couch.

"The defendant, while holding her daughter, then made the sign of the cross over her," Zapf said. "Her daughter then looked up and said 'Goodnight,' and 'I love you, mommy,' before falling asleep."

Prosecutors allege she told authorities she decided she wanted to kill herself and her children after she had an argument with their father the day before. The children’s father said Hernandez-Alvarez had been depressed over the last few days, but was typically “sweet” and had never acted aggressively towards them before.

She was treated for her stab wounds and was transferred Sunday from a hospital to the Kenosha County Jail. She was charged with two counts of first-degree intentional homicide, according to Sgt. Dan Cooper with the Kenosha Police Department. Zapf said in court Monday that a formal complaint is expected Thursday.

Autopsies for the children were scheduled for Monday.