Opinion: Griffin's $2.5 Million Rauner Donation Is “Do or Die'

Citadel CEO Ken Griffin broke records earlier this month when he donated an eye-poppping $2.5 million to the campaign of Bruce Rauner, GOP nominee for Illinois governor.

The Chicago-based hedge fund mogul leans Republican but has in the past donated Democrat, most notably to former Mayor Richard M. Daley and current boss Rahm Emanuel, whose pro-business streak no doubt appeals to Griffin. His mega-contribution to Rauner, a super-wealthy venture capitalist from Winnetka, wasn't nearly as shocking as the amount he invested into the candidate's war chest.

The Chicago Sun-Times' Natasha Korecki sheds some insight into Griffin's motives, quoting a source as saying, "This is do or die for the state of Illinois, that's how he feels," and that Griffin's sole purpose was "the solvency of the state."

It was the largest (public) single political donation to a candidate in state history, and raised Griffin's total offerings to Rauner to $3.57 million. (He also lets Rauner use his $50 million private jet to jump from photo-op to photo-op.) 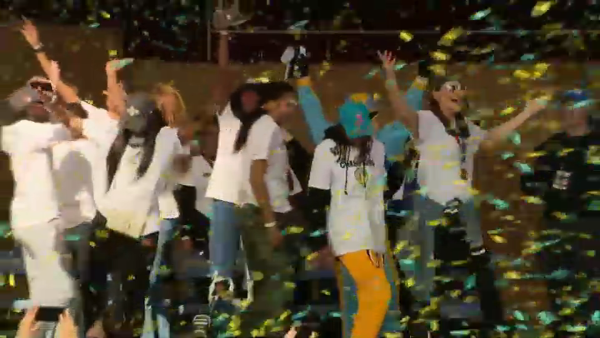 The two are close friends with like-minded views on education and shared antipathy toward unions' powerful hold over the Democratic-controlled government.

On the defense, Rauner told Bloomington's WJBC-AM last week that the $2.5 million would not make him beholden to Griffin should he defeat incumbent Gov. Pat Quinn on Nov. 4.

"Needs no favors, needs no special deals," he gushed of the hedge funder. "That’s why I love working with guys like Ken. He's a self-made entrepreneurial guy. Built his own business, wildly successful, and a great patriot and a great reformer. And he wants good government in Illinois."

Quinn's campaign, meanwhile, criticized Rauner and his deep-pocketed circle of friends as "billionaires trying to buy their way into Illinois politics."

Fighting back, Team Rauner pointed out that Quinn has received just more than $1 million in contributions of $250,000 or less from Democratic super-donor Fred Eychaner, another wealthy self-made entrepreneur. Eychaner has donated $500,000 since March 18, according to records.