Testimony from brothers Olabinjo and Abimbola Osundairo closed out the prosecution case against Jussie Smollett on Thursday, the fourth day of the former “Empire” star’s trial for lying to police about a hate crime assault near his downtown apartment.

The pair were the lynchpins in the case against Smollett, who was charged with making false reports to police soon after the Osundairos confessed they had been hired to stage the attack in a publicity stunt masterminded by the actor.

Smollett’s defense team also began calling witnesses late Thursday, including his former music manager Brandon Moore, who testified he was on the phone with the actor when the alleged attack occurred and heard someone use a gay slur and then scuffling.

Moore said the actor told him he’d been jumped and “sounded panicked” and “out of breath” as he ran back home.

Late Thursday Judge James Linn told jurors, who have been working nearly 12-hour days during the trial, that they would get the day off on Friday, and the trial would resume on Monday and potentially end on Tuesday.

The Osundairo brothers each testified Thursday that Smollett had recruited them and choreographed the attack at the actor’s behest. 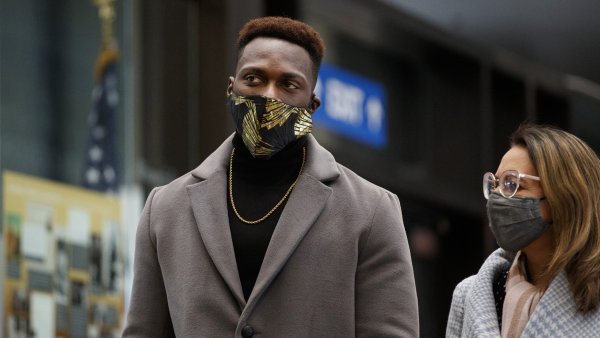 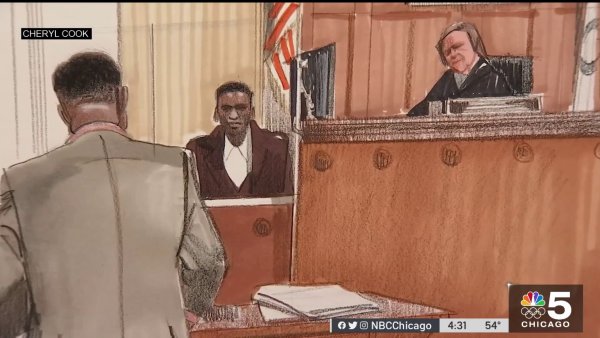 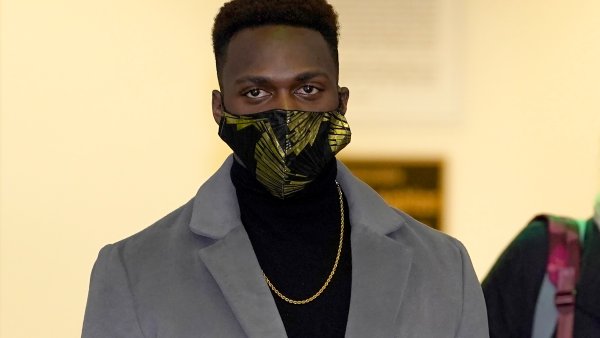 Taking the stand earlier Thursday after his younger brother finished his testimony, Olabinjo Osundairo described climbing into the backseat of Smollett’s SUV a few days before the attack and quickly becoming an accomplice.

“Jussie went on to ask me first if he can trust me, and I told him of course he can,” said Olabinjo Osundairo, who had prepared nutrition plans for the actor who had befriended his brother.

“He had this crazy idea that two MAGA Trump supporters attack him so he can get the footage and put it on social media so he could show the ‘Empire’ studio.”

Both aspiring actors, the brothers came across as fairly flat during their time on the stand, even under sharp questioning from Smollett’s lawyers. They were largely unshaken in their accounts of Smollett’s role at the center of planning the hoax.

Smollett, they said, requested a beat down that wouldn’t leave lasting injury, scouted the location, and even scripted the racist and homophobic taunts the pair were to shout before attacking him.

The actor handed them $100 with instructions to buy red “Make America Great Hats” and get rope to hang over his head as a noose and gasoline to pour on his clothes. Olabinjo Osundairo copped to making one suggestion, substituting bleach for gasoline.

“I didn’t think it was safe to be pouring gasoline on someone,” he said.

The older Osundairo’s testimony largely mirrored his brother’s description of the plan and the 2 a.m. assault a few days later near Smollett’s Streeterville apartment. Olabinjo 0sundairo was to drape a noose over Smollett’s head, while his brother, who was better acquainted with the actor, was to handle the task of roughing up Smollett.

“I believe I joked around that I should be the one to do it, but he said that he didn’t think could trust me to hold my punches back,” Olabinjo Osundairo testified.

The defense has tried to cast the brothers as opportunists who sought to ingratiate themselves to Smollett, then took advantage of him.

Defense lawyer Shay Allen peppered Abimbola Osundario with questions about alleged attempts to profit from his ties to Smollett, including shopping for book deals and seeking to be paid for interviews. Lastly, Allen asked if he had asked the actor for $1 million each for him and his brother to either not testify or recant their statements and say that Smollett had not been involved at all.

The brothers denied asking for money to not testify.

Allen also sought to characterize Abimbola Osundairo’s relationship with Smollett as more than friendship. Under questioning by Allen, Abimbola Osundairo admitted he and the openly gay Smollett had gone several times to a bathhouse in the Boystown neighborhood, though he said he did not know if the establishment catered to gay men.

“You didn’t see the big rainbow flag?” Allen said, noting that gay pornographic movies also were playing on a television near the entrance.

Defense attorney Tamara Walker also used a handful of text messages between the brothers to paint them as homophobic, but Olabinjo Osundairo testified he had worked as a bouncer at bars in Boystown, and prosecutors showed pictures of the two brothers marching in the Gay Pride Parade four years before the alleged attack, dressed in “Trojan Warrior” costumes and tossing condoms to spectators.

The questioning led to a tense exchange between Walker and Judge James Linn when he told her to move along from a question about whether Smollett was aware of Olabinjo Osundairo’s comments on social media and in private messages that included derogatory names for a gay person.

Walker accused the judge of “lunging” at her and dismissing her questions in front of the jury. While the jury was cleared from the room, defense attorney Heather Widell said she had seen the judge making a “snarling” face during the questioning and asked for the judge to declare a mistrial, which Linn declined.