The jury deliberated for about two hours on Wednesday following a roughly one-week trial that saw several days of testimony, including from the actor himself

Jurors in Jussie Smollett’s trial have reached a verdict in the trial, convicting the actor on five of six charges in the orchestration of a fake attack on himself, then in lying to Chicago police about being the victim of an anti-gay, racist hate crime.

The jury deliberated for about two hours on Wednesday following a roughly one-week trial that saw several days of testimony, including from the actor himself. They then deliberated for another seven hours Thursday before reaching a verdict.

Smollett was convicted on five of six counts of felony disorderly conduct in the case, and was acquitted on a sixth. Each conviction could carry potential prison time, but it is unclear what punishment Smollett will face in the case.

In closing arguments earlier Wednesday, a prosecutor told jurors there is “overwhelming evidence” that Smollett staged the attack, then lied to police about it for publicity. His defense attorney said prosecutors' case was based on lies. 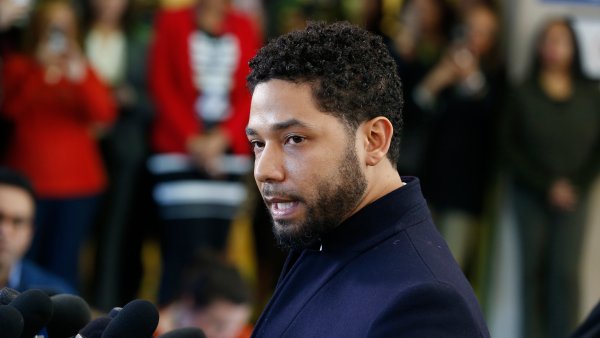 From Reported Attack to Alleged Hoax, Here's How the Jussie Smollett Saga Unfolded

What Jussie Smollett Said On the Witness Stand During his Trial

Below are live updates from inside the courthouse. This will continue to be updated as court resumes Thursday.

-- The jury reached a verdict just before 4:30 p.m. CT, after nearly nine hours of deliberations.

-- Closing arguments are scheduled to begin at 9:15 a.m. CT. The jury is then expected to begin deliberating whether Smollett is guilty on six counts of a low-level felony for lying to Chicago police about the January 2019 attack.

-- A prosecutor told jurors Wednesday that there is “overwhelming evidence" that Smollett staged a racist, anti-gay attack against himself in downtown Chicago for publicity, then lied to police about it.

Special prosecutor Dan Webb said during his closing argument that what Smollett did in January 2019 caused Chicago police to spend enormous amounts of time and resources investigating an alleged crime that turned out to be fake. Smollett, who is Black and gay, told police someone put a noose around his neck and yelled racist and homophobic slurs.

“Besides being against the law it is just plain wrong to outright denigrate something as serious as a real hate crime and then make sure it involved words and symbols that have such historical significance in our country," Webb said. He also accused Smollett of lying to jurors.

“At the end of the day he lacks any credibility whatsoever," Webb said.

-- Smollett's defense attorney told jurors that charges the former “Empire” actor faked an anti-gay, racist attack on himself and lied to police about it rely on the testimony of brothers who are “sophisticated liars” and “the worst type of criminals.”

Attorney Nenye Uche said in his closing argument that during testimony last week in the Chicago courtroom, one of the brothers “said ‘I don’t recall' so many times, it is ridiculous.”

“The entire prosecution’s case, including the foundation of the case, is built like a house of cards," Uche said.

-- Defense has ended its closing arguments. Prosecution will have a chance for rebuttal.

-- The jury begins deliberations at 2:42 p.m. Judge says there are "no time limits."

They are tasked with deciding whether Smollett is guilty on six counts of a low-level felony for making what prosecutors say was a false police report about the alleged attack. He faces one count of felony disorderly conduct for each time he gave a report to three different officers.

-- Before leaving for the day, the jury asked Judge James Linn for a copy of a calendar that prosecutors displayed at trial that indicates relevant days, including the day of the attack and the day they say Smollett and the brothers conducted the “dry run.”

--The jury ended its first day of deliberations without a verdict.