In an all-day session that ran well past dark, 20 people — 12 jurors and eight alternates — were selected

A jury was selected for the homicide trial of Kyle Rittenhouse in a single day Monday, despite the turbulent political passions unleashed when he shot three people who were out on the streets of Kenosha during a protest against racial injustice.

Opening statements are set to begin Tuesday morning, with the trial expected to last two weeks.

The jury must decide whether Rittenhouse acted in self-defense, as his lawyers claim, or was engaged in vigilantism when he opened fire with an AR-15-style semiautomatic rifle in August 2020, killing two men and wounding a third.

In an all-day session that ran well past dark, 20 people — 12 jurors and eight alternates — were selected. The court did not immediately disclose which ones will actually serve as the jury. The 20 consist of 11 women and nine men.

Jurors were not asked to identify their race during the selection process, and the court did not immediately provide a racial breakdown of the group.

Rittenhouse was 17 when he traveled to Kenosha from his home in Illinois, just across the Wisconsin state line, during unrest that broke out in August 2020 after a white Kenosha police officer shot and wounded Jacob Blake, a Black man, in the back. Rittenhouse said he went there to protect property after two previous nights marked by arson, gunfire and the ransacking of businesses.

Rittenhouse, now 18, faces life in prison if convicted of first-degree homicide, the most serious charge against him.

As jury selection got underway, Circuit Judge Bruce Schroeder stressed repeatedly that jurors must decide the case solely on what they hear in the courtroom, and cautioned: “This is not a political trial.”

“It was mentioned by both political campaigns and the presidential campaign last year, in some instances very, very imprudently,” he said.

The judge said Rittenhouse’s constitutional right to a fair trial, not the Second Amendment right to bear arms, will come into play, and “I don’t want it to get sidetracked into other issues.” 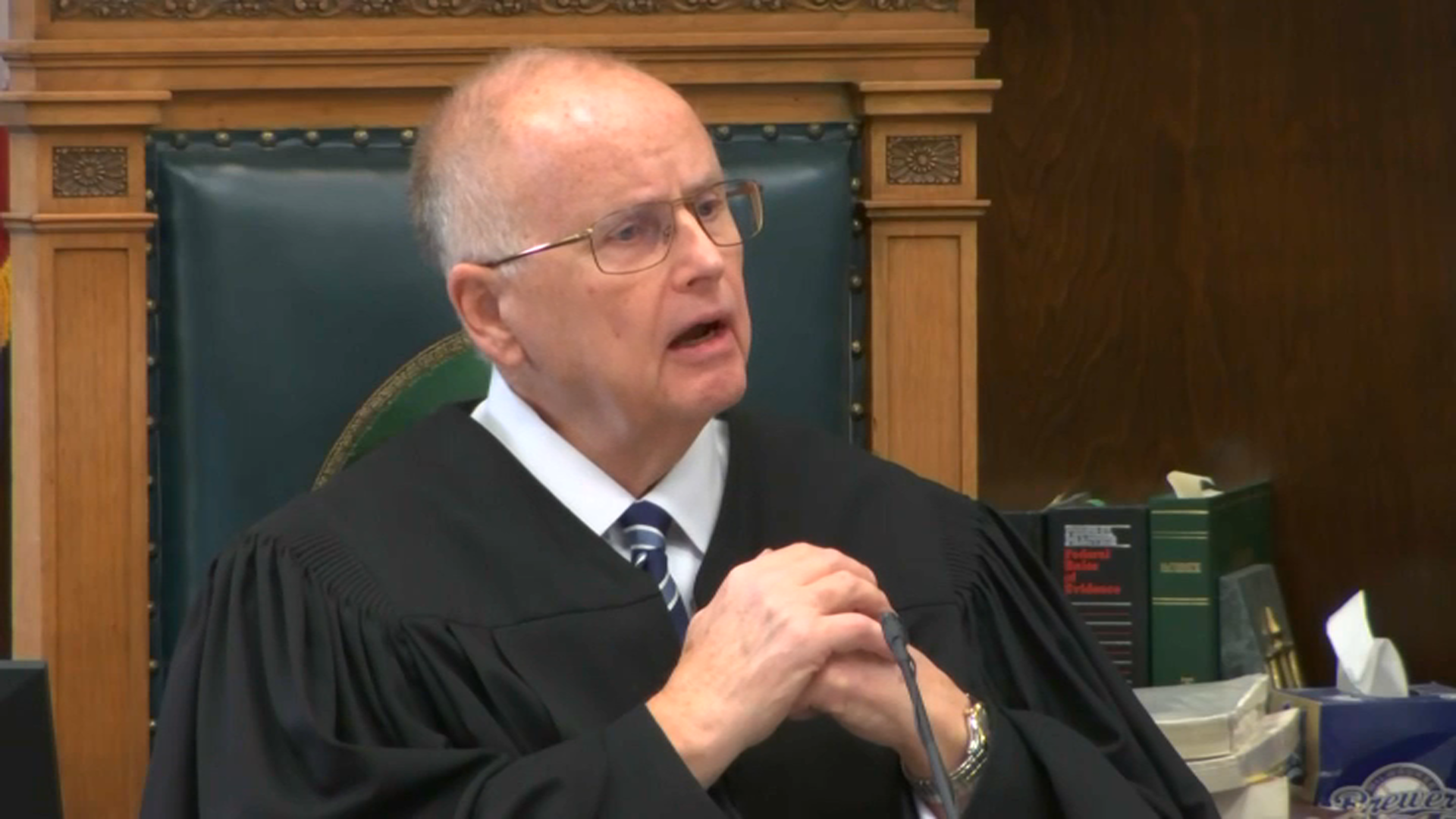 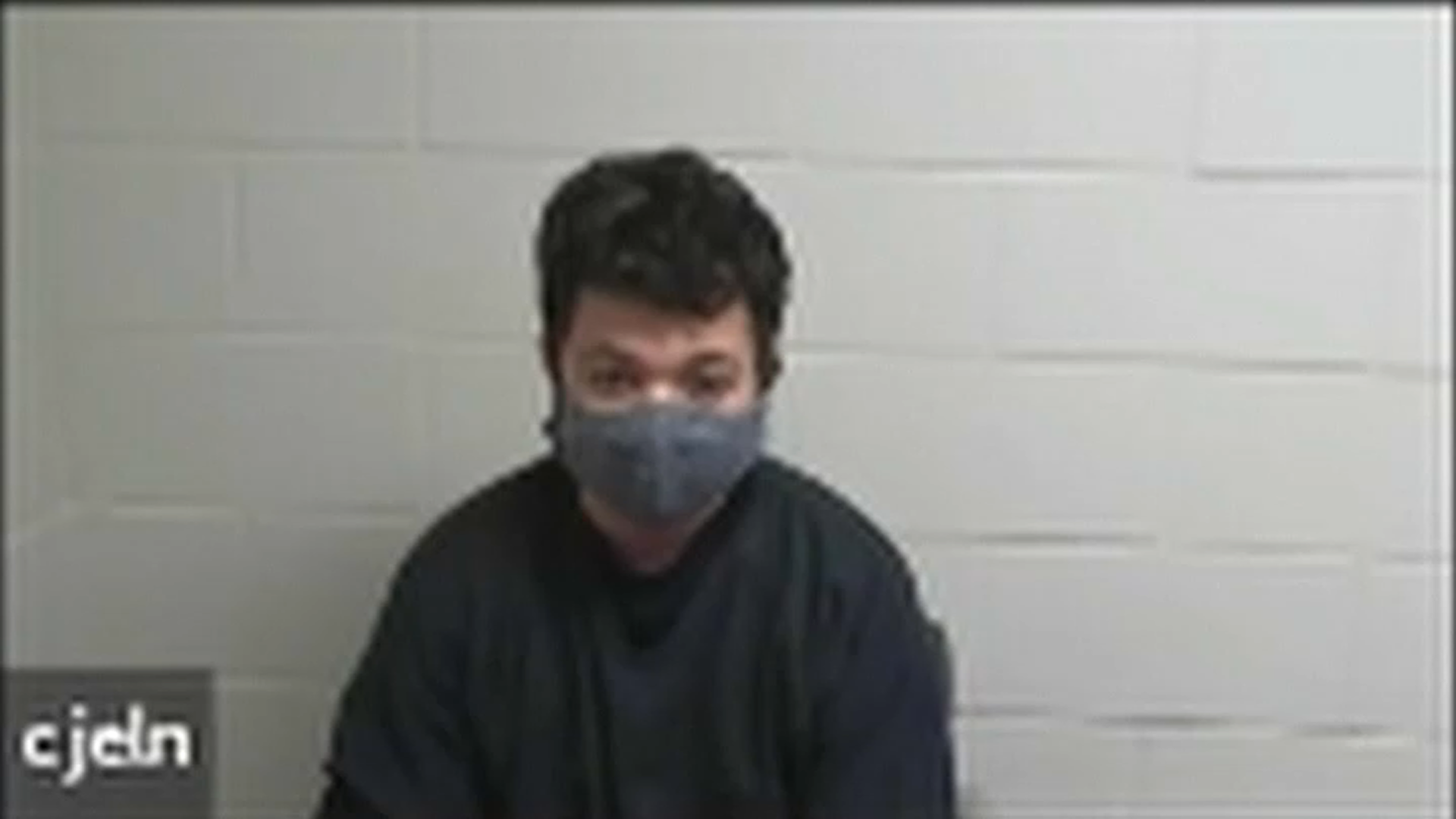 Key Events in the Kenosha Shootings Case of Kyle Rittenhouse

Rittenhouse has been painted by supporters on the right as a patriot who took a stand against lawlessness by demonstrators and exercised his Second Amendment gun rights. Others see him as a vigilante and police wannabe.

Rittenhouse is white, as were those he shot, but many are watching his trial as the latest referendum on race and the American legal system, in part because the protesters were on the streets to decry police violence against Black people.

During the day, about a dozen prospective jurors were dismissed because they had strong opinions about the case or doubts they could be fair. Some also expressed fear about serving on the jury because of public anger but were not immediately let go.

Among those dismissed by the judge were a man who said he was at the site of the protests when “all that happened” and a woman who said she knew one of the potential witnesses in the case well and would probably give more weight to that person’s testimony.

Another woman who said she watched a livestream video of what happened was dismissed because she wasn’t sure if she could put aside what she saw. One person was dropped from the case after she said she believes in the Biblical injunction “Thou shall not kill” even in cases of self-defense. A man who said he had “been commenting consistently on news feeds and Facebook” was also excused.

A man said his son is friends with the person who bought the gun that Rittenhouse later used in the shooting.

Under questioning by prosecutor Thomas Binger, some prospective jurors said they left town during the unrest. Others took precautions by moving vehicles or boarding up businesses. One said she got a gun to protect herself and her family.

“After all of that — neighbors yelling that I shouldn’t have my flag hanging, my United States of America flag should not be up for whatever reason — I left it up and I got a gun,” the woman said.

The prosecutor also moved to dismiss a woman who said that she has a biracial granddaughter who participated in some of the protests and that she could not be impartial. Rittenhouse’s attorneys had no objection.

Binger asked if any of the jurors had donated money to support Rittenhouse, or if they knew anyone who did. None said so.

Rittenhouse’s attorney got a prospective juror dropped after she said she would find Rittenhouse guilty of all charges just because he was carrying an assault-style weapon. “I don’t think a weapon like that should belong to the general public,” the woman said.

Two prospective jurors said they would be nervous about serving, though the judge assured them precautions would be taken to keep them safe.

The other said she did not want to serve on the Rittenhouse jury because “either way this goes you’re going to have half the country upset with you and they react poorly.” She said: ”I don’t want people to come after in their haze of craze.”

The start of jury selection was briefly delayed in the morning for unexplained reasons. During the delay, the judge played a mock game of “Jeopardy!” with prospective jurors in the courtroom, something he sometimes does as attorneys get organized.

Rittenhouse fatally shot Joseph Rosenbaum, 36, after Rosenbaum chased Rittenhouse across a parking lot and threw a plastic bag at him shortly before midnight on Aug. 25. Moments later, as Rittenhouse was running down a street, he shot and killed Anthony Huber, 26, a protester from Silver Lake, Wisconsin, and wounded Gaige Grosskreutz, 27, a protester from West Allis, Wisconsin.

Bystander video captured Rosenbaum chasing Rittenhouse but not the actual shooting. Video showed Huber swinging a skateboard at Rittenhouse before he was shot. Grosskreutz had a gun in his hand as he stepped toward Rittenhouse.

Rittenhouse faces two homicide counts and one of attempted homicide, along with charges of reckless endangering and illegal possession of a dangerous weapon by a person under 18.

Prosecutors in Kenosha, Wisconsin are attempting to modify Kyle Rittenhouse's bond agreement after they say the 18-year-old flashed white-power signs while posing for photos, drank several beers and was 'loudly serenaded' with the Proud Boys' official song at a Wisconsin bar.
Copyright AP - Associated Press