Howard Morgan will spend a considerable amount of time in prison for his role in a police shooting during a traffic stop in 2005.

Morgan, who was convicted last week of trying to kill Chicago police officers, today received two concurrent sentences for his crime: one for 40, another for 35 and two others for 25 years for attempted murder and discharging a firearm at a police officer. He will serve the sentences concurrently, meaning he will serve 40 years of actual time.

"I am in God's hands," Morgan, 61, said after the sentence was handed down by judge Clayton Crane.

Four officers said that on Feb. 21, 2005, Morgan, a Burlington Northern-Santa Fe Railroad detective, pulled his service weapon on them and began firing when they tried to arrest him for driving the wrong way near 19th Street and Lawndale. The officers shot Morgan, who was off-duty at the time, a number of times. Medical testimony said it was unclear if he was shot 28 times or if there were only 28 wounds.

Prosecutors said Morgan is a "sociopath" and asked the judge for consecutive sentences.

Defense attorneys countered that Morgan is a grandfather, who is in chronic pain after the shooting. They cited a letter from the Reverend Jesse Jackson that asked the court to "temper justice with mercy."

Rosalind Morgan called the verdict "ludicrous." She claimed the case was rife with racism, saying her husband has no prior criminal record and served as a police officer for years. A number of supporters of Morgan showed up in court Thursday. 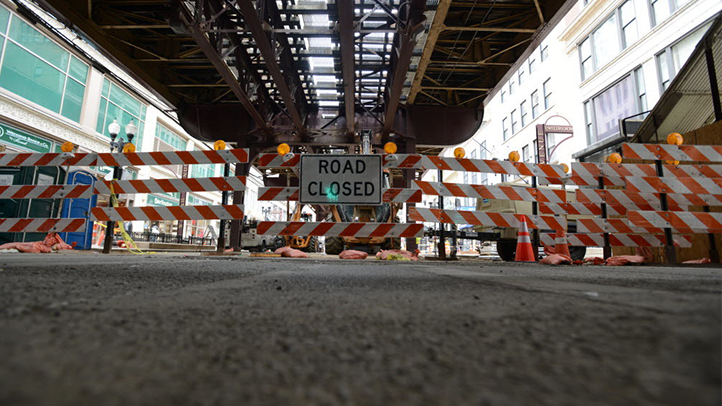 Man stabbed to death during fight in Humboldt Park

In court on Thursday, Officer John Wrigley, who participated in the 2005 altercation, said he's angry Morgan has shown no remorse.

"You shot me, Morgan," Wrigley yelled in court. "You came very close to taking my life. ... you slandered our reputations as police officers. ... you are a fraud."

<a href="http://News breaks at inconvenient times. Stay tuned to NBCChicago wherever you go. Download our iPhone and iPad apps, now available on the iTunes App Store. Get  your iPad App. Get your iPhone app.