Joliet Mayor to Discuss Video of Confrontation With Protester

Joliet Mayor Bob O'Dekirk is set to speak publicly for the first time since a controversial video surfaced showing him in a physical confrontation with a protester.

O'Dekirk will hold a press conference at the Joliet City Hall at 1 p.m. Tuesday to "give his determination of the events that happened."

Friends and family voiced their support for two men involved in a dramatic physical confrontation with Joliet Mayor Bob O’Dekirk that was caught on video. NBC 5's Chris Coffey reports.

In the video, O’Dekirk is seen apparently wrestling with a demonstrator during a clash between police and protesters earlier this month.

While NBC 5 does not have video of what happened prior to the altercation, a video of the incident itself shows O’Dekirk, a former Joliet police officer, approaching Victor Williams and wrestling him to the ground during a clash between police and protesters.

Williams' brother Jamal Smith then came into the picture, with his attorney saying he was trying to come to his brother’s defense. 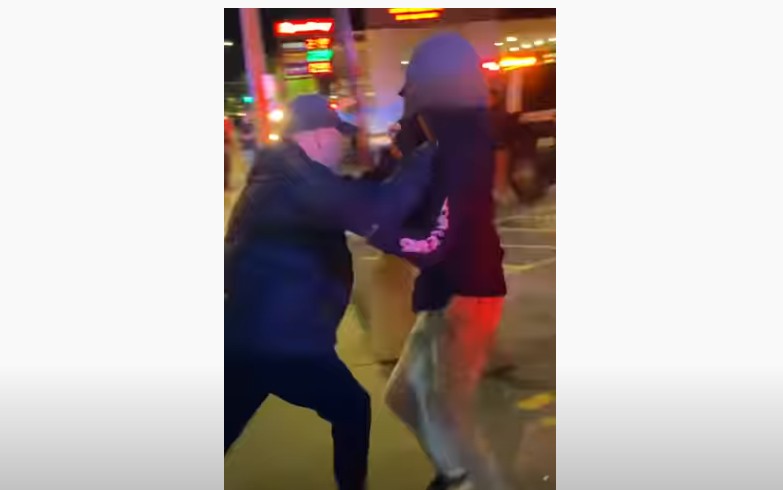 Williams and Smith face assault and mob action charges stemming from the incident.

While police in Joliet had responded to calls of looting in the city that night, attorneys for Williams and Smith say there was no damage to the area, and that Williams was simply trying to find his brother.

In the video, Joliet Mayor Bob O’Dekirk is seen apparently wrestling with a demonstrator during a clash between police and protesters.

“We have a law in this country called ‘defense of others,’ and Jamal was going to aid his brother, who he saw being tackled by a white man,” attorney Lawrence X. O’Reilly said. “He knew nothing else about the man, and then he himself was thrown to the ground and beaten.”

Attorneys say that what should have been an opportunity for the mayor to heal a divided community instead was turned into an incident that has further exacerbated tensions.

“Mayor O’Dekirk chose to divide this city further by his own violent actions towards a citizen of this community, and in doing so he told us exactly what he stands for,” attorney Michael Baker said.

The mayor declined comment on the matter, but has argued he was acting in self-defense in the incident.