Let's Get This Gay Marriage Started

The first day that Iowa will allow gay marriage is April 30, but it's not too soon to begin the process here in Chicago.

Iowa requires a three-day waiting period before a marriage can be performed, and to help get that done, Gay Chicago Magazine on Thursday offered early registration at its offices.  Applications became available on April 23 and carry a $50 fee.

If you're anxious to tie the knot, this may be your best option. Iowa gave the go-ahead to same-sex marriage in a court finding earlier this month, but the "Land of Lincoln" may be slow to catch up.

Shelly Rosenbaum, who owns Gaymart in Chicago's Boystown, says the $55 plastic, same-sex wedding cake toppers he sells have not been flying off the shelves like they once did, the Red Eye reported Thursday.

Rosenbaum wonders if it's because going to Iowa to get married just isn't as "exotic" as jetting off to San Francisco, where gays and lesbians flocked for legal nuptials prior to Prop 8. But, it's more likely that the reversal of the California ruling has tempered the enthusiasm for Iowa's historic ruling.

Like California and Vermont, the Iowa decision allows Illinois residents to cross state lines and join together in marriage. But, once they return home, the legality of their union is null and void, since Illinois does not have a similar law in place. Couples married in California face the same void.

For some local couples, it is enough.

"We're doing this for ourselves," Chicagoan Chad Gearig said of the plan he and his partner have to drive to Davenport, Iowa, to tie the knot on May 14.

Gearig told the newspaper, "Illinois isn't far behind, and then we won't have to redo it."

But how far behind? 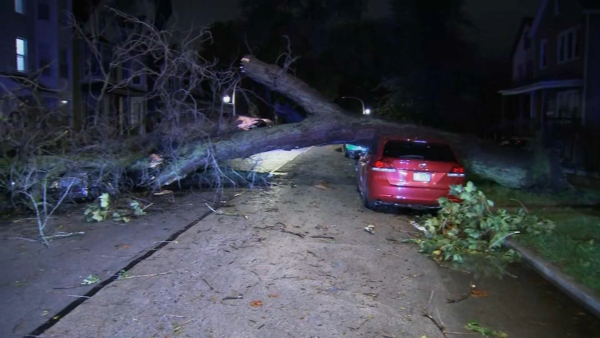 A gay marriage bill floated in Illinois this year didn't make it past committee, but, according to the Red Eye ...

"... legislators are considering a civil unions bill that would give same-sex couples the same rights as spouses. Gay rights advocates say they are optimistic the House will approve the bill this session.

"'I think Illinois will be one of the next states to have relationship recognition,' said Rick Garcia, director of public policy with Equality Illinois, a gay rights lobbying group. Gov. Pat Quinn is 'sympathetic to the concept of civil unions,' a spokeswoman for the governor said."

For many gay Chicagoans, the paper says, it's worth waiting for marriage equality to come to Illinois rather than run for the border and get hitched in Iowa.

Not so for Gearig and partner Thom Howe-Duff. The two have set the date, planned their outfits, arranged for the celebration and ordered their rings. When and if gay marriage comes to Illinois, they'll gladly celebrate again.