‘I'm So Glad You Are Alive': Carol Marin Surprised by Officer Who Helped Save Her on 9/11

Carol Marin was in New York City on Sept. 11, 2001, finding herself at ground zero as the second tower began to implode - certain she was going to die. In the chaos, a police officer took her hand and together they found their way out of the darkness and into the light.

On Friday, that very same officer surprised her by joining her on live television as she recalled that fateful day - giving the two a chance to speak for the first time in exactly 19 years.

Marin told New York City Police Officer Brendan Duke, now retired, of her gratitude for his actions and his care that day as they discussed the range of emotions they both continue to feel.

Marin, now NBC 5's political editor, was working as a correspondent for CBS News out of the "60 Minutes" offices in New York City. When the planes hit the World Trade Center, Marin rushed to the scene, which is where she and Duke both were as one of the towers began to implode, sending a fireball through the air in their direction.

NBC Chicago Political Editor Carol Marin was working in New York City as a correspondent for CBS News when the World Trade Center was attacked on Sept. 11, 2001.

After a firefighter shielded Marin against a building, covering her with his own body, Duke took her hand as they navigated through the smoke, debris and darkness.

"Brendan, as we both came to think of it, I think it was pieces of desks and parts of people in that explosion," Marin told Duke on Friday. "I mean, it was death and darkness and I remember you held my hand and I didn't have a mask and I covered my face with my hand and I thought to myself, 'This is really how firefighters die.' Not in the fire, but in the smoke."

"You were so solid and so - you just were wonderful," she continued. "And then you turned and went to go help somebody else once you and I got into the clearing of the air - the further we got away, we could see again."

"One thing I remember was the thunderous sound of the building as it came down and initially we believed it was another plane coming in because it was such a loud sound," Duke recalled. "When that cloud of dust appeared, it was really shocking and scary and all of the above and I don't think there was anybody there that didn't feel the same way."

"I remember walking through the cloud, and I think we were taking baby steps because we weren't exactly sure where we were," he said. "I remember walking past a city bus with the lights flashing and an EMS backboard on the ground and we continued walking, unsure of exactly which direction we were going. I think we suddenly seemed to walk out of it onto a street that wasn't as affected as much and I think we parted ways again." 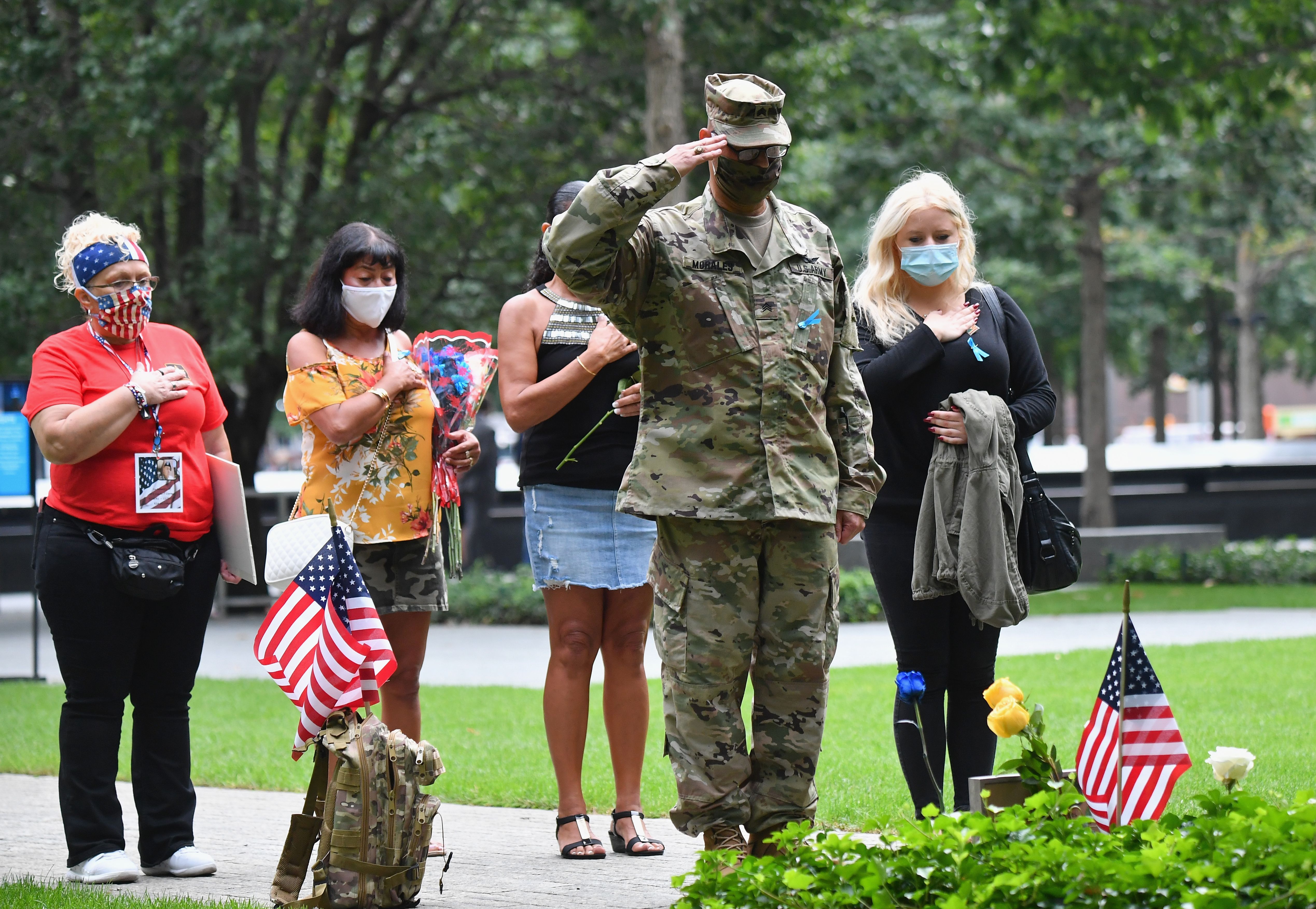 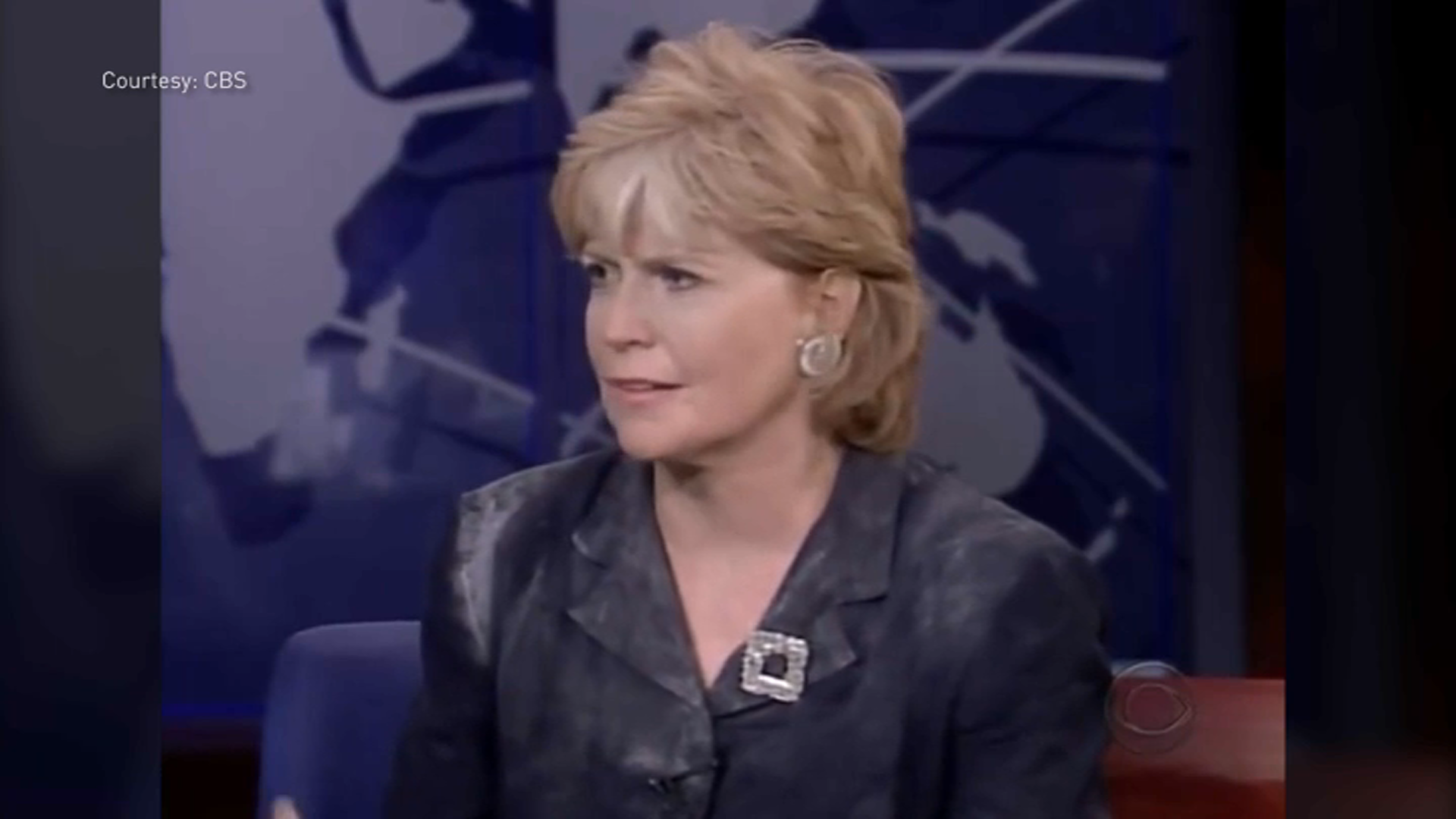 Carol Marin Recalls Ground Zero on 9/11, Is Surprised by Officer Who Guided Her Out of Darkness

Duke said that while he remembered the encounter, he previously wouldn't have been able to pick Marin "out of a lineup" because he could hardly see her. Marin said she couldn't see him either through the smoke - but revealed she later wrote letters to the fire department and police department addressed to him.

Duke said he did receive her letter and had tried to contact to her too.

"I think I reached out to you once, maybe the following year, just to make sure that everything was okay," he said, adding, "Kind of selfishly, I was wondering how your health was and eventually how it was going to affect my health too."

Duke and Marin both said they were in good health, but Marin noted she continues to think about long-lasting effects.

"We all check our lungs. We're aware that what we breathed was asbestos and heaven only knows what else," she said. "But I'm so glad you are alive and well and so grateful to you for your presence of mind and for your enormous care."

Duke and Marin carry that day with them in many ways - agreeing that they continue to feel both grateful and guilty at the same time.

"It's a kaleidoscope of memories," Marin said, noting that what she remembers most is just how many people died. "I feel grateful but guilty that I am here to tell that story because it was the most destructive one day I have witnessed."

"I feel as you do," Duke said. "You mentioned you're grateful but sad at what happened to everybody and wonder how you made it out alive, and a lot of people feel the same way. They are grateful that they made it out but it was a sad day."

As their conversation drew to a close, Duke had one final thought.

"I hope we can never forget what happened that day," he told Marin.