The Illinois teen accused of killing two men during an August protest in Wisconsin pleaded not guilty in court Tuesday as Kenosha awaits a charging decision in the police shooting of a Black man that sparked the unrest.

Kyle Rittenhouse, now 18, of Antioch, entered a not guilty plea to all charges Tuesday. Rittenhouse is charged with homicide and attempted homicide for fatally shooting Joseph Rosenbaum and Anthony Huber, and wounding a third man, Gaige Grosskreutz on Aug. 25 during a night of unrest in Kenosha that followed the police shooting of Jacob Blake, a local Black man. Rittenhouse is also charged in the wounding of a third person.

The shootings happened two days after a white police officer trying to arrest Blake shot the 29-year-old seven times in the back, paralyzing him from the waist down. Video of the shooting sparked several nights of protests in Kenosha, a city of about 100,000 near the Wisconsin-Illinois border.

The Illinois teen accused of killing two men during an August protest in Wisconsin is set to appear in court Tuesday as Kenosha awaits a charging decision in the police shooting of a Black man that sparked the unrest. Lisa Chavarria reports.

Rittenhouse told police he was attacked while guarding a business and that he fired in self-defense. He was freed from jail last month after posting $2 million bond, with most of the money raised through a legal defense fund set up by conservatives portraying him as a patriot protecting other people's property.

Supporters of the Black Lives Matter movement have painted Rittenhouse as a trigger-happy white supremacist.

A judge on Thursday ruled last month in a contentious preliminary hearing that probable cause was found in the case and that the trial could proceed. 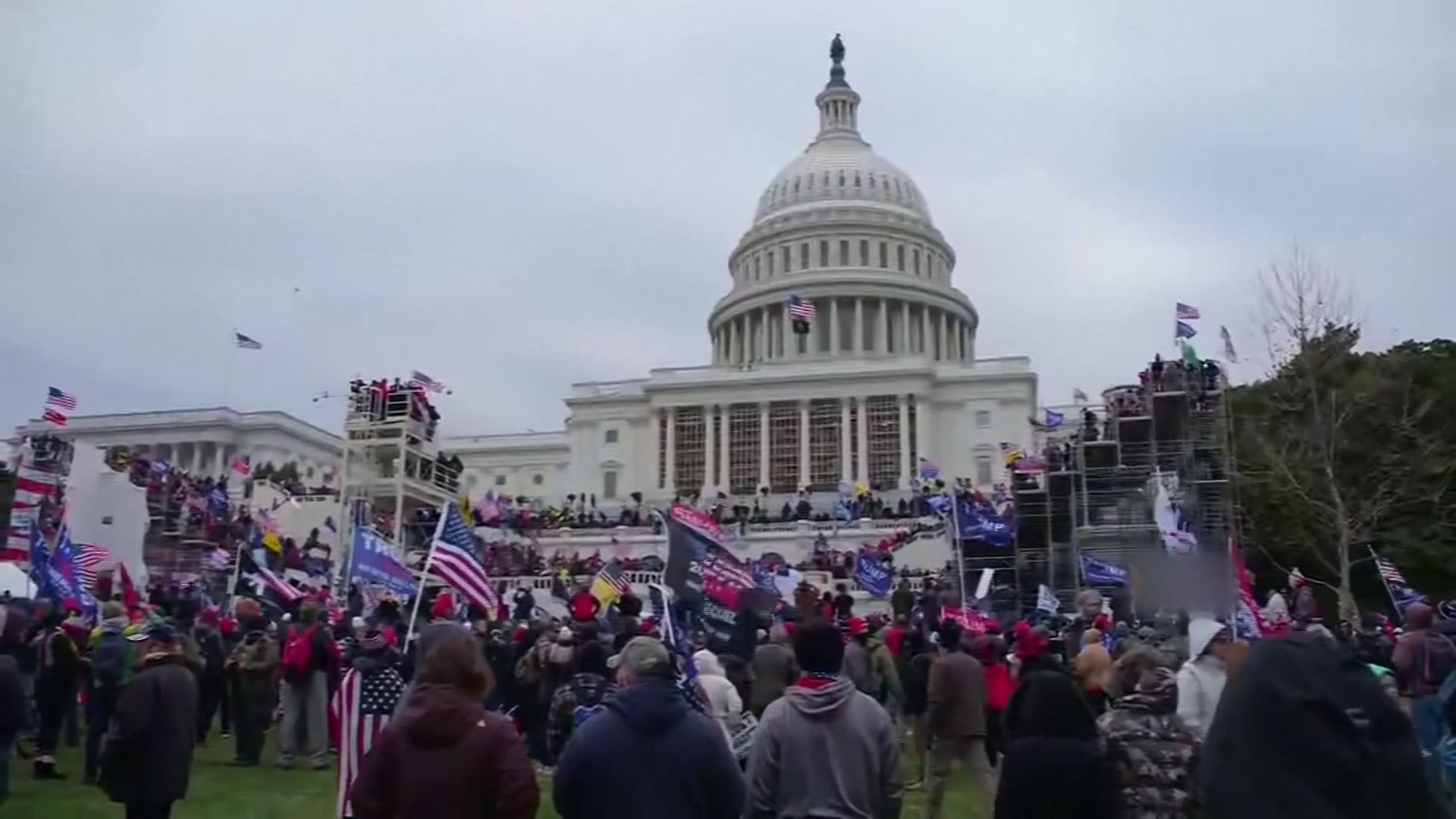 During the hearing, Rittenhouse's defense described one of the shooting victims as a "masked robber," setting the stage for a self-defense case. In contrast, a detective at the scene the night of the shooting said the Illinois teen "wasn’t hunting deer he was hunting people.”

In a filing last month, Rittenhouse attorney Mark Richards asked the court to dismiss two of the six counts against Rittenhouse. He argued that a misdemeanor count of possession of a dangerous weapon by a person under 18 isn’t supported by the law — an argument that the court already rejected once.

Richards also sought the dismissal of a felony count against Rittenhouse for recklessly endangering the public's safety by using a dangerous weapon. Richards said the state offered no proof to substantiate that charge, which was based on witness Richard McGinnis’ account of Rittenhouse firing his gun with McGinnis in the line of fire.

Meanwhile, Kenosha Mayor John Antaramian was granted emergency powers Monday ahead of an anticipated charging decision in the shooting of Blake by a police officer last summer.

The Kenosha City Council granted the emergency powers during a meeting Monday as officials prepare for expected unrest following the decision of whether to charge police officers involved in the shooting, which sparked protests, demonstrations, and vandalism in its aftermath in Aug. 2020.

According to the draft order, the mayor’s emergency powers will be granted as soon as Kenosha County District Attorney Michael Graveley makes the official announcement of whether or not the officers involved in the shooting will face criminal charges.

The order will remain in effect for eight days, unless the city council opts to extend it.

The council’s resolution referenced the aftermath of similar decisions after a fatal police shooting in Wauwatosa and after George Floyd’s death in Minneapolis, as well as the immediate aftermath of the shooting in Kenosha in late August, which it described as “violent and riotous.”

Other preparations have already been launched ahead of that decision, which is expected to be announced by mid-January. The mayor and the Kenosha police department have indicated that they plan to institute curfews if necessary, designate demonstration spaces, limit city bus routes, close down roads and impose other safety restrictions if need be.

The moves come as officials brace for any unrest that may stem from the decision on whether to charge officers involved in the shooting of Blake, which took place in Aug. 2020. In the shooting Blake, who is Black, was shot in the back seven times after walking away from Kenosha Police Officer Rusten Sheskey and two other officers who were trying to arrest him. Blake was shot after he opened the driver’s side door of an SUV and leaned into the vehicle, and the shooting was captured on cell phone video.

The shooting left Blake paralyzed from the waist down and set off a nationwide firestorm of controversy. In Kenosha, protests and demonstrations began almost immediately, and several nights of looting and vandalism also took place.

Activists are asking residents and demonstrators to avoid a repeat after the Blake decision is handed down, calling for non-violent demonstrations.

“We want everyone to come out and be as loud as they want, but we don’t want destruction of property,” activist Tanya McLean said. “We’re for non-violence. Anything else isn’t acceptable for this community.”