“We are working to resolve this issue,” the Illinois Lottery tweeted just after noon Tuesday

Several lottery players in Illinois were unable to purchase Pick 3 and Pick 4 tickets from retailers Tuesday, just before the midday drawing.

Around 5:50 p.m. Tuesday, Lottery officials said that the technical issue they experienced with Pick 3 and Pick 4 has been resolved.

"Players can resume purchasing tickets for these games at Illinois Lottery retailers," according to a tweet. "We apologize for the inconvenience. Tonight's 9:22 p.m. draw will take place as planned." 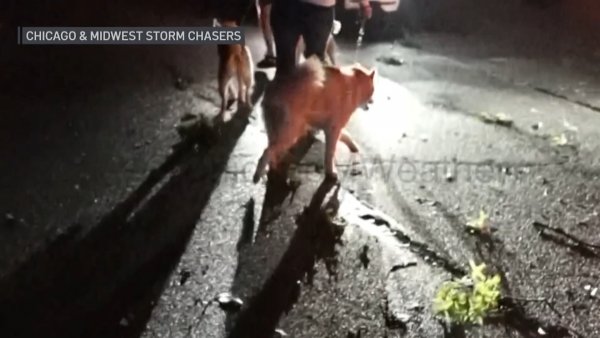 13 Dogs Rescued From Woodridge Kennel as Tornado Swept Through Area

Officials said they were “aware” of the retail issue and apologized for the inconvenience.

“We are working to resolve this issue,” the Illinois Lottery tweeted just after noon Tuesday.

The midday drawing set for 12:40 p.m. was expected to take place as planned because “tickets have already been purchased.”

Officials noted that Pick 3 and Pick 4 tickets were still available online and via the lottery’s mobile app. All other tickets were available for purchase as well.