Pritzker was scheduled to discuss the renewed effort from the Metro East region Monday afternoon.

Here are the latest coronavirus headlines from around the state today, Aug. 17:

Chicago Bears to Play Games Without Fans to Start 2020 Season

After trying to come to a solution with city officials on allowing a limited number of fans into games this season, the Chicago Bears announced Monday that the team will play games in an empty Soldier Field to begin the year.

The announcement comes as NFL teams continue training camps around the country, albeit with many coronavirus restrictions in place.

The Bears are currently in Lake Forest, but will not play any preseason games due to the NFL's cancellation of the exhibition slate due to the virus. Their first home game is scheduled for Sept. 13 against the New York Giants.

Illinois' public health department on Monday released a new map for residents highlighting which U.S. states are the highest risk for travelers.

The map aims to "help inform residents of potential risks associated with traveling during the pandemic." The states and countries listed as "higher risk" are based on case rates, according to IDPH.

Globally, only the U.S., Brazil, the Bahamas, Israel, Kuwait, Colombia, Peru, Argentina and Suriname were listed.

“Travel may increase the chance of becoming infected and spreading COVID-19,” IDPH Director Dr. Ngozi Ezike said in a statement. “To help inform residents where they might be at greater risk of being exposed to COVID-19 when they travel, IDPH has launched a map that clearly shows states and other countries where case rates are elevated. While staying home is the best way to protect yourself and others from COVID-19, we know that it may not be possible to avoid all travel. We encourage people who are traveling, whether for work or otherwise, to check out the map before making plans.”

IDPH emphasized that airports, bus stations, train stations, and rest stops are among places where people may be exposed to the virus in the air and on surfaces.

"The more people you come into contact with, for longer periods of time, the greater your risk of infection if you are exposed to someone with COVID-19," IDPH said in a release.

Officials urged anyone who is traveling to avoid traveling while sick and to also "think about the destination."

"It is also important to think about needed precautions for moving through bus, train, or airport terminals, check-in and security lines, as well as the actual bus, train, or plane ride," the release stated. "Remember to take precautions when stopping for gas, food, and bathroom breaks when traveling by car or RV and as you interact with others and frequently touched surfaces."

The criteria for "higher risk" states mirrors Chicago's and Cook County's current travel order, which requires anyone entering or returning to the city or county from such states to quarantine for 14 days.

Health officials in Illinois confirmed 1,773 new cases of coronavirus on Monday, along with 12 additional deaths related to the virus.

According to new data from the Illinois Department of Health, the state’s total number of coronavirus cases during the pandemic has now risen to 207,854.

Monday's new test results bring the state’s 7-day rolling positivity rate up by one-tenth of a percent, from 4.1% to 4.2%, according to newly available data.

Hospitalization numbers were down slightly on Monday, with 1,544 coronavirus patients currently hospitalized in the state. Of those patients, 340 are currently housed in intensive care units, while 126 patients are currently on ventilators.

Coronavirus Mitigation Restrictions to Go Into Effect in Region 4

The Illinois Department of Public Health has announced a series of new mitigation efforts and restrictions in southern Illinois due to ongoing increases in the coronavirus positivity rate in one of the state’s healthcare regions.

Gov. J.B. Pritzker announced Sunday that the new mitigation efforts will go into effect for Region 4 on Tuesday, Aug. 18.

For the last three days in a row, the region has reported three consecutive days of positivity rates above 8%, automatically triggering the new restrictions under the state’s regional mitigation plan announced last month.

Those new restrictions include the closing of bars, restaurants and casinos in the region by 11 p.m., the closing of all party buses and the reduction of gathering sizes to 25 people or 25 percent of room capacity, whichever is lower.

The new restrictions will remain in effect for 14 days, and if numbers don’t begin to improve, more measures, including the closing of indoor bars and dining, could be implemented.

Pritzker is scheduled to appear with local leaders at a news conference at 1:30 p.m. CST in East St. Louis, per his public schedule.

The event can be watched live in the video player above.

Health officials in Illinois have confirmed 1,562 new cases of coronavirus on Sunday, along with 18 additional deaths related to the virus.

According to new data from the Illinois Department of Health, the state’s total number of coronavirus cases during the pandemic has now risen to 206,081.

Sunday’s new test results bring the state’s 7-day rolling positivity rate up by one-tenth of a percent, from 4% to 4.1%, according to newly available data.

Hospitalization numbers were also up slightly on Sunday, with 1,581 coronavirus patients currently hospitalized in the state. Of those patients, 345 are currently housed in intensive care units, while 116 patients are currently on ventilators.

Marijuana sales in Illinois have totaled more than $300 million since the start of the year, with July having the most sales of any month, according to state figures.

July cannabis sales hit $61 million, which is up from $47.6 million in June and $44.3 million in May, according to the Illinois Department of Finance and Professional Regulation and New Frontier Data.

One reason for the increase in sales could be the customers' ability to order online, which many dispensaries started to keep lines down, the Chicago Tribune reported.

The amount of money that customers spend at dispensaries has also increased. The average transaction was $126 in the first three months of the year but increased to $150 in April, May and June, according to Washington, D.C.-based New Frontier.

Greg Butler, chief commercial officer at Chicago-based marijuana company Cresco Labs, said the pandemic could be credited to the increase in demand, too.

More product availability could also be a contributing factor to the high demand. During the beginning of the year, there were some supply issues. The Tribune previously reported that dispensaries said they needed more marijuana and employees.

Butler noted that many facilities that grow marijuana expanded operation, and those products started hitting the shelves over the summer. Cresco expanded at some of its facilities and increased production at its Joliet location.

The family of a suburban Chicago woman who died of complications related to COVID-19 has filed a wrongful death lawsuit against a meatpacking plant where her husband worked and contracted the virus.

The family of Esperanza Ugalde alleges in their lawsuit that Aurora Packing Co. in North Aurora failed to take steps to limit the spread of the coronavirus, the Aurora Beacon-News reported. They also said the company failed to warn employees after it became aware that other employees at the plant were infected.

The lawsuit filed in Kane County Circuit Court contends that Ricardo Ugalde, who was a butcher at the plant for 35 years, contracted the virus in late April and that his wife contracted it a short time later and died May 2 at the age of 67.

The company did not immediately return a call from The Associated Press on Friday but its website notes that it has “taken a proactive approach to minimize the health risk of spreading the virus.”

Meatpacking plants across the U.S. have been hit hard by the virus and the Kane County Health Department said it was called to investigate Aurora Packing. A health department spokeswoman declined to provide any details, including whether the plant was closed briefly after Ricardo Ugalde contracted the virus as the Ugalde family's attorney contends. 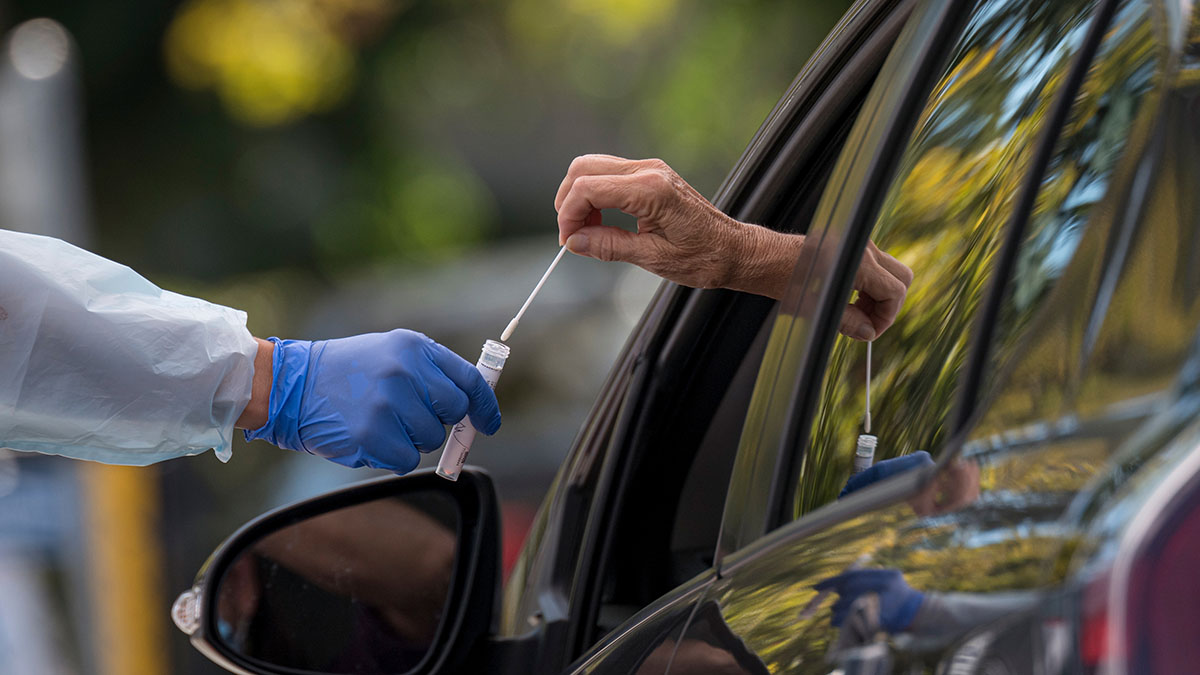 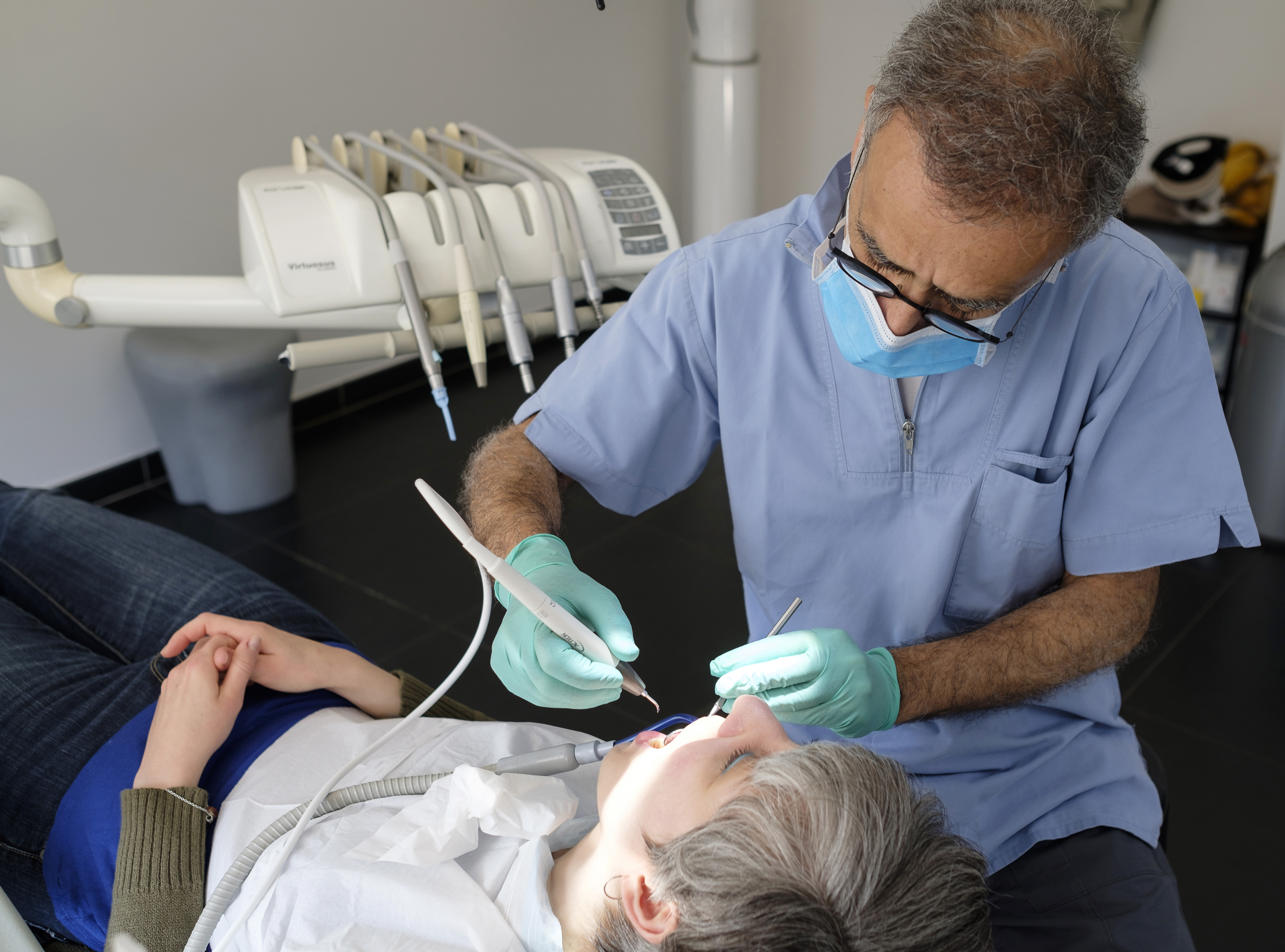 WHO Recommends Putting Off Dental Cleanings, Other Routine Visits Due to COVID-19

How do each of Illinois' 11 regions and several counties across the Chicago area compare when it comes to key coronavirus metrics?

Dive into the most important data with this searchable tool that shows some of the numbers health experts examine when making decisions about potential restrictions and other efforts to slow the pandemic's spread.

Updated every evening, this chart shows the number of cases each county or region has reported in the last seven days and its total number of cases since the pandemic began.

Public health experts say that latter figure is considered the norm to examine any trendline and could signal a "hot spot" for spread of the virus. It's also the threshold that some local and state officials are using to determine which states should be placed on any list for which travelers are required to quarantine when entering their jurisdiction.

This chart also shows the metrics for three states overall - Illinois, Indiana and Wisconsin - at the top to allow for easy analysis of how a particular region or county is faring in comparison with the rest of the state.

Fourteen counties in Illinois are now at a "warning level" for coronavirus, the state's health department said Friday.

The warning means each of the counties saw increases in two or more COVID-19 "risk indicators," the health department said.

Last week, 13 counties were at a "warning level," four of which remained on the list Friday.

The counties each "saw cases or outbreaks associated with weddings, businesses, birthday parties, long-term care facilities and other congregate settings, bars, sports camps, and spread among members of the same household," according to IDPH.

"Public health officials are seeing people in some communities are not wearing masks, or if they are, they are being worn incorrectly," IDPH said in a release. "Local health departments are finding it challenging to obtain the information necessary to halt local transmission, by quickly identifying exposures from contacts of cases and businesses. Inconsistent messaging from local elected leaders are contributing to on-going transmission in some communities where there is little public concern for consequences or enforcement of social distancing, banning large gatherings, or quarantine/isolation orders."