The news conference comes one day after Wisconsin was one of several states added to Chicago's travel order requiring a 14-day quarantine, with city officials warning of a dramatic increase in cases in the neighboring state.

Here are the latest updates from across Illinois on the coronavirus pandemic today (Sept. 23):

Health officials in Illinois on Wednesday reported 1,848 new cases of coronavirus in the last 24 hours, along with 22 additional deaths attributed to the virus. 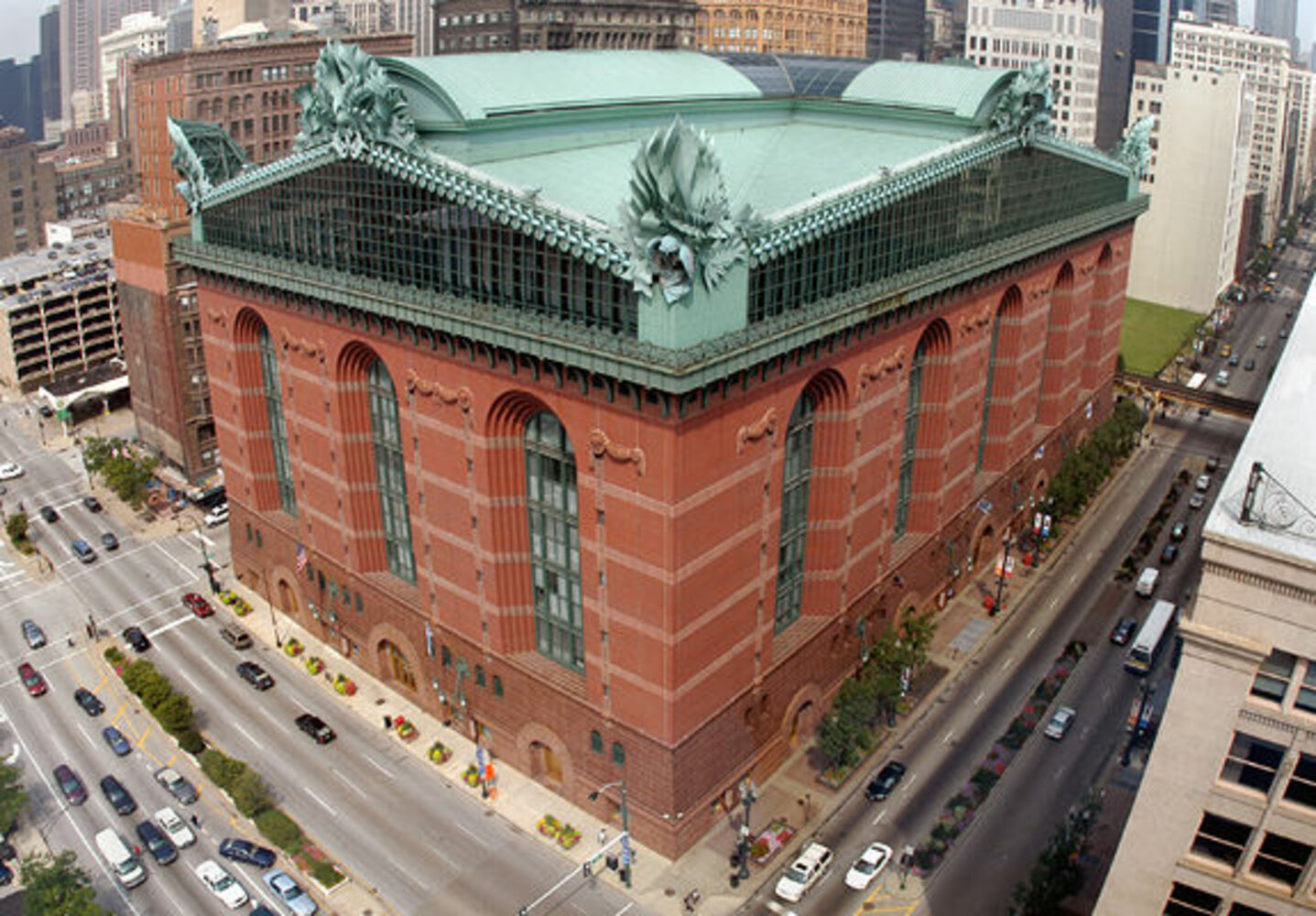 According to the Illinois Department of Public Health, Wednesday's new cases of the virus brings the statewide total to 279,114 confirmed cases since the pandemic began.

The 22 additional deaths bring the statewide death toll to 8,508 fatalities attributed to the virus.

Days after Gov. J.B. Pritzker touted testing milestones - more than 5 million total conducted and one of the highest number of average daily tests in the country - state health officials said 46,391 tests were conducted in the past 24 hours. That brings the total number of tests in Illinois to 5,231,607 since the pandemic began.

The statewide seven-day average positivity rate was 3.5% Wednesday, officials said, no change from the day before.

Currently, 1,563 patients remain hospitalized statewide, with 351 of those in intensive care units and 144 on ventilators.

Illinois Gov. J.B. Pritzker is expected to deliver a COVID-19 update on Wednesday, according to his public schedule.

Pritzker will speak at a news conference beginning at 12 p.m. at the Thompson Center in Chicago, his office says. It was not immediately clear what the update would center on.

The event can be watched live in the video player above.

The northern neighboring state was joined by Montana, Idaho, Minnesota and Puerto Rico on the city's quarantine list. Kentucky and Louisiana were removed, leaving the total number of locations on the list at 19.

Chicago Department of Public Health Commissioner Dr. Allison Arwady had previously warned last week that Wisconsin had reached the threshold for inclusion and would likely be included in the next update.

Arwady said Tuesday that Wisconsin was "currently in very poor control when it comes to COVID," adding that the state has more than double the average daily cases per 100,000 residents than what is required to be named on Chicago's travel order.

The positivity rate in testing in Wisconsin stood at 16% as of Monday, state health officials said, with the trendline rising sharply.

For the 10th day in a row, Wisconsin broke its own record for average daily new cases, picking up more than 1,200 new cases on Monday. Last week, the state had multiple days where more than 2,000 new cases were reported each day.

"Certainly we are watching Wisconsin with huge concern," Arwady said last Tuesday. "They had their highest ever number of cases of COVID reported last Thursday, they had percentage positivities in the 13% to 17% range."

Arwady said that while data indicated the state should added to the order, the city held off on its inclusion because officials recognized that "people need time for planning."

Health officials in Illinois on Tuesday reported 1,531 new cases of coronavirus in the last 24 hours, along with 30 additional deaths attributed to the virus.

According to the Illinois Department of Public Health, Tuesday's new cases of the virus brings the statewide total to 277,266 confirmed cases since the pandemic began.

The 30 additional deaths bring the statewide death toll to 8,486 fatalities attributed to the virus.

One day after Gov. J.B. Pritzker touted testing milestones - more than 5 million total conducted and one of the highest number of average daily tests in the country - state health officials said 41,829 tests were conducted in the past 24 hours. That brings the total number of tests in Illinois to 5,185,216 since the pandemic began.

The statewide seven-day average positivity rate was 3.5% Tuesday, officials said, no change from the day before.

Currently, 1,455 patients remain hospitalized statewide, with 367 of those in intensive care units and 153 on ventilators.

An Illinois lawmaker has tested positive for COVID-19, his office announced Monday.

State Rep. Sam Yingling tested positive last week and has been quarantined at his home in Grayslake, his office said a statement.

The 40-year-old Democrat experienced significant sinus congestion and drainage, symptoms he thought at first to be related to his allergies, the statement said. But those symptoms quickly evolved and he experienced a sore throat, cough, chest congestion, headache, fatigue, and body aches, it said.

Yingling said once he learned he’d tested positive, he notified anyone he’d knowingly been in contact with and encouraged them to get tested.

While it remains unclear what winter dining will look in Chicago as restaurants work to find creative solutions for eating outside in the cold, Chicago officials have released new guidelines that bring some clarity to what's ahead.

Under the guidance quietly released by the city over the weekend, restaurants with sidewalk cafe permits or outdoor patio licenses can use tents, domes or other temporary structures that allow "adequate ventilation" for circulation. Some heating devices will also be allowed, but they have to meet a required set of safety regulations.

For places using domes or other enclosed spaces, placards must be posted "advising about increased risk of transmission within an enclosed space."

Restaurants will need to submit their fall and winter plans in writing.

More than 50 restaurants in the Chicago area have permanently closed their doors because of the coronavirus pandemic. Restaurant owners have said they're particularly concerned about the winter months if things don't change and restrictions on indoor dining remain in place.

Chicago officials launched a competition last month for creative outdoor dining ideas for the winter months and have received over 600 submissions so far. They include tents, heated tables and domes. The winners get a $5,000 cash prize and the chance to try out the idea at restaurants and bars in Chicago.

"From architects to designers, restaurateurs, servers and dining enthusiasts, the city has received 643 innovative and exciting ideas for cold-weather outdoor dining in the first-ever Chicago Winter Design Challenge," the mayor's office said in a release.

On Saturday, state health officials reported 74,286 tests conducted in the previous 24 hours - marking a new one-day high in the state.

That figure brought the total number of tests conducted in Illinois to more than 5 million since the pandemic began - exactly 5,057,142 on Saturday, reaching 5,143,387 by Monday afternoon. That makes Illinois one of the first states in the U.S. to cross that 5 million mark, Pritzker said Monday.

"These nation-leading accomplishments have allowed Illinoisans to do what most states can't. There's a testing location and testing available for you if you feel you need one and you can get one even without a doctor's order," he said. "For families, businesses, schools and churches, that means there's a measure of safety here in Illinois that doesn't exist in most other states."

The third milestone Pritzker noted was that the state is averaging about 52,000 tests conducted each day, putting Illinois tied for third in the country after California and New York.

Pritzker said that the robust testing program in Illinois made it "by far the best testing state in the Midwest," saying Illinois has conducted 50% more coronavirus tests than the state ranked second in the region.

"We do three and a half times the testing that the average state does, and we're one of the fastest states om delivering tests back to our residents. In a pandemic, widely available testing and faster results mean our people are safer," he added.

Midwestern Coronavirus Positivity Rates Over the Past 2 Weeks

How States Compare on Where Coronavirus Is Most Easily Spread