Chicago takes a couple of steps back during its reopening plan Friday, reinstating several restrictions in an attempt to slow a rise in cases.

The move means additional strain for several businesses in the city, particularly bars not serving food, but restrictions will also be heightened for several other businesses, including restaurants, salons and gyms.

Here are the latest coronavirus updates from around Illinois today, July 24:

Adams, LaSalle, Peoria and Randolph counties were all named by the department for reaching "two or more COVID-19 risk indicators."

According to IDPH the concerning numbers coming out of the four counties is due in large part to "outbreaks associated with business and risky behavior."

The department cited the following activities for sparking the warning:

According to Illinois' health department, the 1,532 new cases bring the state's total number of coronavirus cases since the pandemic began to 168,457.

The number is among the highest reported so far this month, but is a drop from the 1,624 new cases reported Thursday.

The additional deaths Friday give the state a total of 7,385 fatalities related to the virus.

Illinois reported 44,330 new tests within the most recent 24-hour span, crossing 40,000 for the first time this week, but falling short of a state record.

According to the Illinois Department of Public Health, the rolling 7-day positivity rate held at 3.4% for the second day in a row.

Hospitalization data shows the state remains near its low watermarks for hospitalizations and ventilator usage since such data became publicly available in April. As of Friday, 1,471 patients were hospitalized in Illinois due to coronavirus, with 325 of those patients in intensive care units.

A total of 115 patients are currently on ventilators due to coronavirus.

Chicago baseball will be in full swing Friday as both the North Side and South Side baseball teams kick off their home openers, but things will be different this year as the start of the season comes in the midst of the coronavirus pandemic.

Both teams will play a three-game series in Chicago with games Friday, Saturday and Sunday.

The Cubs will take on the Milwaukee Brewers at Wrigley Field and the White Sox will face the Minnesota Twins at Guaranteed Rate Field. Both are set to begin at 6:10 p.m. Friday.

Unlike typical home openers, there will be no street closures in Chicago for the games as fans aren't allowed inside stadiums. Rooftops surrounding Wrigley Field will be limited to 25% capacity and Gallagher Way outside the ballpark will be closed.

Bars surrounding both stadiums will no longer be allowed to serve patrons indoors as the city heightened certain restrictions Friday in an attempt to slow a rising number of coronavirus cases. Restaurants will also be forced to limit table capacity to six people.

The Chicago White Sox are preparing to take on the Minnesota Twins on Friday. If you're missing the stadium atmosphere, including the food, that's an option at home. NBC 5's Lisa Chavarria reports.

Indoor bar service has officially shut down for a second time in Chicago as several heightened restrictions take effect Friday following weeks of reopening progress during the coronavirus pandemic.

The restrictions returned to the city beginning at 12:01 a.m. in an attempt to curb a rise in cases. 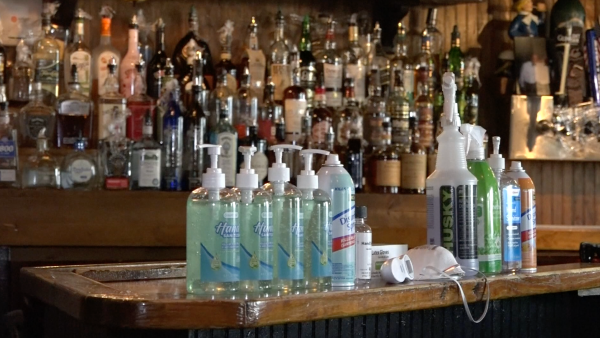 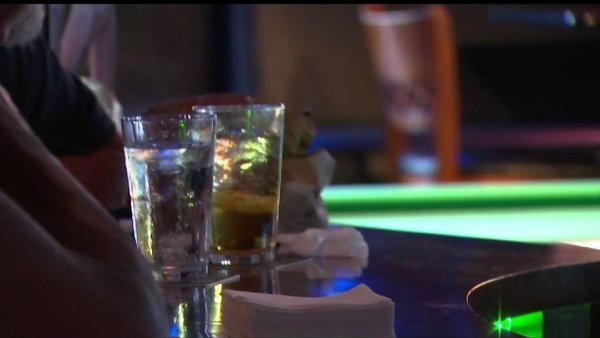 “We have made so much progress here in Chicago in containing the spread of the virus, protecting our health system and saving lives, and in general, the virus remains under control locally. But we are again seeing a steady increase in new cases,” Lightfoot said in a statement.

With Chicago officials warning that Wisconsin is "very close" to being added to the city's emergency travel order, requiring anyone entering or returning to the city from the state to quarantine for 14 days, Gov. Tony Evers said residents "should take it seriously."

The state was one of several in the U.S. sitting near the cutoff of being added to Chicago's quarantine list, which currently sits at 18 states and is updated every Tuesday.

There were 1,052 newly confirmed COVID-19 cases in Wisconsin on Thursday, the second highest daily total after the record was set on Tuesday. There have been nearly 46,000 confirmed cases and 878 deaths, up by 13 from Wednesday.

"[Chicago] continues to closely monitor the spread of COVID-19 in other regions across the country, including neighboring states such as Wisconsin where the case rate is very close to the cut off for quarantine," Chicago Mayor Lori Lightfoot's office said in a statement Tuesday.

That guidance was reiterated by Wisconsin's governor Thursday, who said while the order may not keep people from crossing the border between the two states, "it's more of a message issue."

"It's difficult to prognosticate what they're going to do in Chicago, but the fact of the matter is, there are folks - let's put it this way, it's very difficult to regulate state boundaries, or in this case, the city of Chicago boundaries versus the boundaries of Wisconsin," evers said. "There's lots and lots of people that live in Illinois and live in Chicago that do work regularly in Wisconsin and vice versa. And I anticipate that that will continue to move forward. But... a message for us in Wisconsin should be if Chicago thinks our people should stay home, then we better put some damn masks on and make sure that we continue to, or to reverse the course that we're in."

Plaintiffs in each case seek injunctions against the disaster declaration Pritzker's using to justify restrictions on public interaction to limit transmission of the virus. The state has reported 7,367 deaths among 167,000 confirmed cases of COVID-19, the illness caused by the coronavirus — mostly in Chicago and Cook County.

“You can't put a county that has had nine confirmed cases and no one pass away under the same rules and restrictions as counties like Cook," said Thomas DeVore, a Greenville attorney respresenting the plaintiffs.

Richland County has had nine cases and no deaths. That's also the case in Clay County, where Rep. Darren Bailey, a Republican from Xenia, continues to press his case filed last spring against Pritzker's restrictions. Bailey filed a request for declaratory judgment Thursday similar to the other five cases.

Pritzker's office did not respond to a request for comment.