Illinois reported the lowest number of coronavirus deaths in a single day since March 30 on Monday, health officials say.

That development came at the same time as more cancellations - including the Bud Billiken Parade - and the Chicago Bears offered season ticket holders a refund for this year.

Here are the latest developments on the coronavirus crisis today (June 30):

Gov. J.B. Pritzker on Tuesday announced the state will expedite a portion of the Coronavirus Relief Fund, deploying $250 million to local governments in the coming months. The funds will go to governments in nearly 100 counties in Illinois using a "per capita and needs-based formula."

"We know that Illinois municipalities, counties, and local health departments have stepped up to take on significant costs throughout the COVID-19 pandemic – costs no one could have planned or budgeted for," Pritzker said in a statement. "From the beginning of this crisis, my administration has worked steadfastly to provide assistance and support to the communities hit hardest by this virus. While there's no question that more federal funds are needed to support vital local services like education, the Local CURE Program will provide much-needed relief for Illinois communities until an agreement is reached."

The federal funding will begin being disbursed in July.

Illinois conducted more than 30,000 coronavirus tests over the last 24 hours, with 724 new confirmed cases of the virus and 23 additional confirmed deaths.

According to the Illinois Department of Public Health, a total of 143,185 cases of the virus have now been confirmed across the state during the pandemic, along with 6,923 deaths in 101 of the state’s 102 counties.

In the last 24 hours, a total of 31,069 test specimens were turned in to state labs, bringing the new total statewide to 1,602,965. The slight drop in cases, along with an increase in tests, Tuesday dropped the seven-day positivity rate to 2.6 percent, according to state officials.

Chicago Mayor Lori Lightfoot and the Chicago Department of Public Health have awarded a $56 million grant to the Chicago Workforce Partnership to step up contact tracing efforts in the city.

The grant, given in collaboration with the University of Illinois at Chicago, University of Chicago and Malcolm X College, calls for the hiring of at least 600 individuals to help with contact tracing efforts, as the city hopes to prevent a resurgence of coronavirus.

“COVID-19’s outrageously disproportionate impact on Chicago’s most vulnerable communities has demanded that we as a city step up and take swift action to support our fellow residents in need,” Lightfoot said in a statement. “This exciting contact tracing initiative will not only significantly bolster our efforts to stay ahead of this terrible disease, but it will also create new jobs and opportunities for individuals to join in the fight against COVID-19, as well as develop invaluable skills for their own future careers in public health and patient care.”

The grant money will be used to create a group called the “COVID Tracing Corps” and the “COVID Resource Coordination Hub,” which will hire 600 individuals to provide contact tracing services in the city.

Be prepared to have a backup plan if you're heading to Starved Rock State Park or Matthiessen State Park over the busy Fourth of July holiday weekend.

The Illinois Department of Natural Resources Conservation police officers are warning visitors that both parks will close if they reach capacity.

“Starved Rock and Matthiessen State Parks are extremely busy on normal weekends, but crowds increase significantly during holiday weekends," Cpt. Laura Petreikis said Tuesday in a statement. "Visitors need to remember we will close the parks when they reach capacity, so they should have an alternate park in mind should the parks be at capacity when they arrive."

In addition, parking restrictions and no-parking zones will be enforced, and vehicles parked outside of designated areas will be towed.

To encourage social distancing and public heath directives, neither park will allow additional visitors to enter once parking lots reach capacity. According to police, visitors should not park on the sides of Illinois Routes 178 or 71, surrounding roads or in construction zones.

The busiest weekend times at the parks are between 11 a.m. and 3 p.m., police said, which make them possible times for potential closures.

Blackbird, One of Chicago's Most Highly Acclaimed Restaurants, Closing for Good

Highly acclaimed Chicago restaurant Blackbird is shutting its doors for good, months after closing temporarily amid the coronavirus pandemic.

The West Loop restaurant made the announcement on its website Monday, calling it a "very difficult decision."

"While our hearts are broken to see Blackbird’s journey come to an end, we are humbled to have contributed in a small way to Chicago’s incredible restaurant community for over two decades, serving as a place of warmth and hospitality while all along the way, building lifelong friendships with our team, guests and partners," the note on its website reads.

Of those deaths, 12 were reported in Cook County, including a woman in her 30s and two men in their 40s, along with one death each in DuPage and Perry counties. 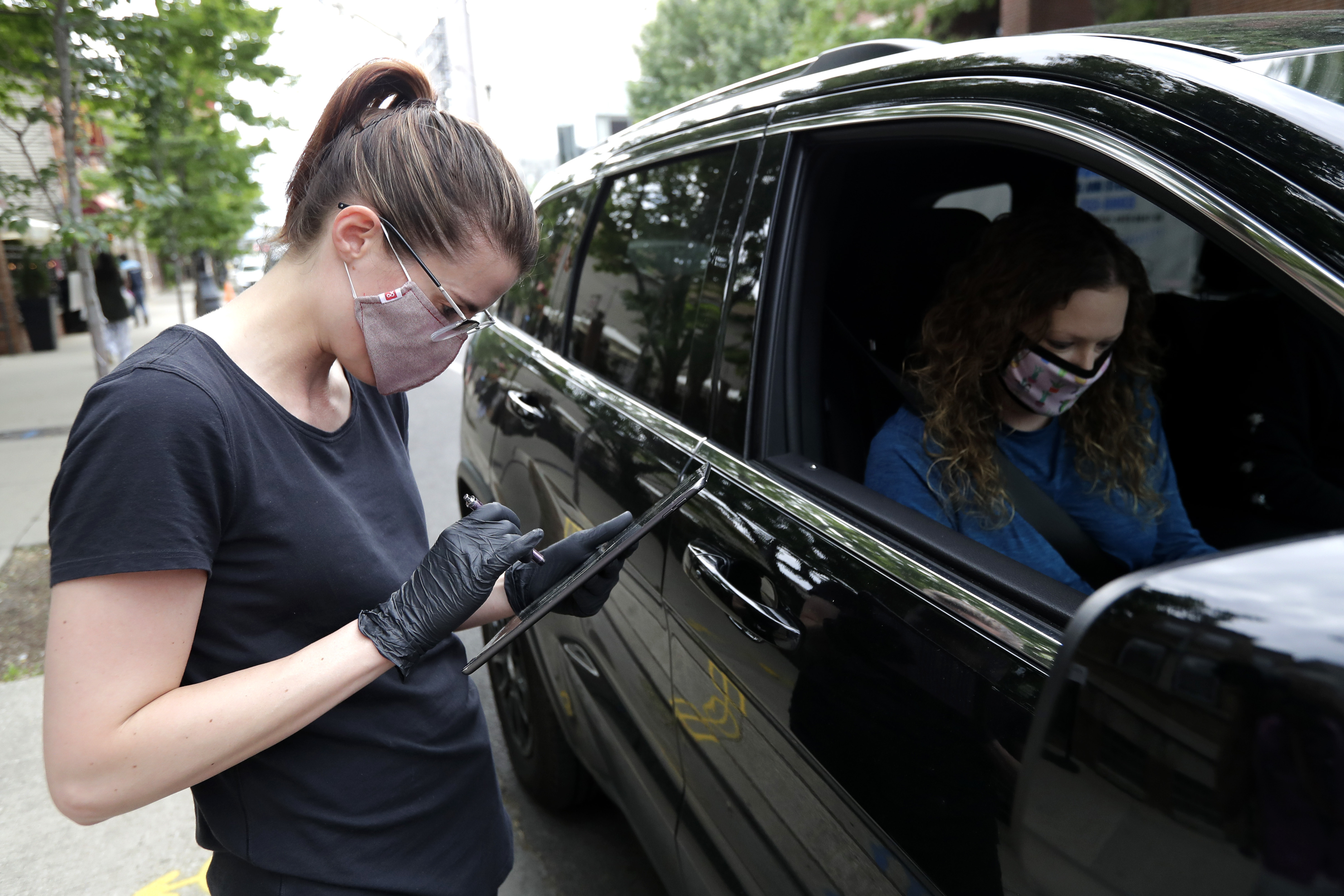 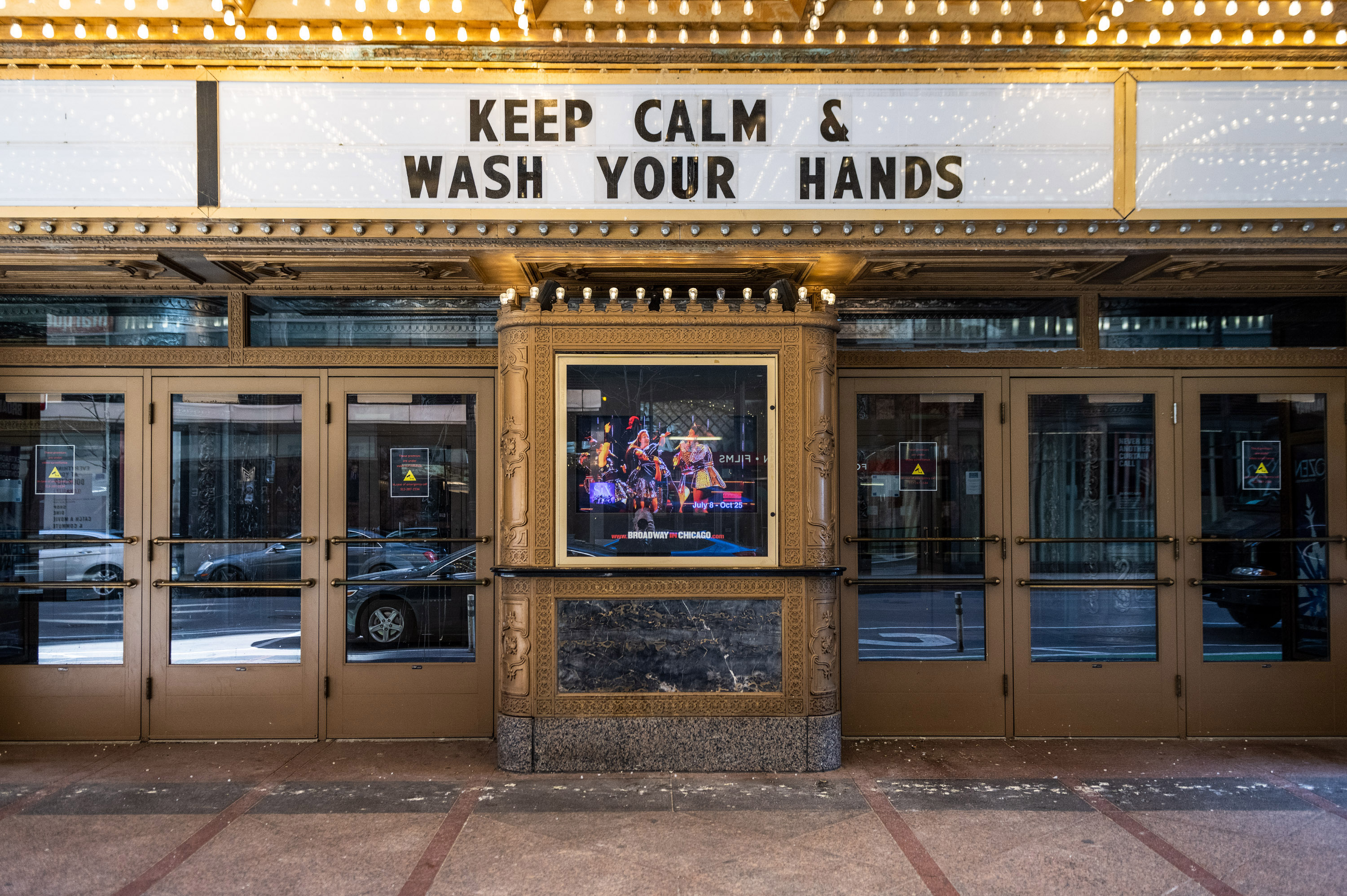 How Illinois Compares With Other States

At least a dozen states have reported more coronavirus cases than Illinois in the last seven days, including Florida, California, Texas, Arizona and Georgia, according to data from public health officials compiled by NBC 5 Investigates.

In recent days, Texas has passed Illinois in terms of overall cases since the pandemic began, and Florida could potentially pass Illinois within the next one-to-two days.

Tens of thousands of spectators yearly attend the parade, in which similar numbers march through Chicago’s Bronzeville neighborhood to Washington Park, where picnicking and a music festival takes place.

Bud Billiken is a fictional character that is considered a guardian of children was created in 1923. The parade was originally organized in 1929 by the Chicago Defender newspaper.

In a letter sent to season ticket holders on Monday, the Chicago Bears are offering refunds for games on the 2020 schedule amid uncertainty over whether fans will be allowed into Soldier Field during the coming NFL season.

In the letter, the Bears said that all season ticket holders will be offered refunds for their tickets, while keeping the ability to renew their tickets for the 2021 season.

“Our hope is to build a model that provides the opportunity to see the Bears play this fall to as many season ticket holders as possible,” the team said in the letter. “We will communicate your options as soon as a plan is finalized.”

Some of the biggest stars in Chicago sports joined together to share a powerful message on the coronavirus crisis.

Currently, Illinois has banned gatherings of larger than 50 people, but sporting events can take place with up to 20 percent of capacity. Several teams, including the Chicago Dogs, are looking to play games with reduced capacity, while the Cubs and White Sox are discussing options with city officials at this time.

The Bears’ home opener is set for Sept. 20, when they will welcome the New York Giants to Soldier Field. The Bears also have home games against the Indianapolis Colts, Tampa Bay Buccaneers, New Orleans Saints and Houston Texans this season, along with their usual home games against the Packers, Lions and Vikings.

Chicago's top cop said Monday that the coronavirus pandemic has led to a recent increase in violence across the city in at least three different ways.

Supt. David Brown made the connection during a news conference to discuss the weekend of shootings that left 16 people dead, including two young children, and another 50 wounded.

"There's an impact of COVID," Brown said, when asked why violence has spiked in recent weeks as compared to previous years, first noting that Chicago officers had died of COVID-19.

"And the shockwaves throughout this department, throughout the country, were significant as it relates to, 'What is COVID? Will I take this back to my family?'" he said. "And so there was a dropoff in police interactions with people, number one."

"Number two, because of COVID, our jail populations were affected because of the congregating in the jails. And so our jails decided to release more people so that they wouldn't be subject to the close quarters of a crowded jail," he continued, referring to the Cook County Jail's release of vulnerable detainees held on low-level, non-violent charges that began in March. "So more people were released either on bond, bail, electronic monitoring. So more people were released and less people were being held in the jail."

Brown said the third element of the pandemic that led to a spike in violence was the court system grinding to a halt.

"Three, our court systems are based on having juries and because of COVID we couldn't convene a jury," Brown said. "And so the criminal justice system shut down. Except for Chicago cops. We kept working, we kept arresting people and we kept recovering guns. But everything else came to a stop - and these murdering evil bastards have taken advantage of these situations. That's why."

Fourth of July fireworks will still go on at Centennial Park in Orland Park, despite concerns from residents - but there will be modifications, according to Mayor Keith Pekau.

People will be asked to remain apart, and concert attendees must listen from a distance thanks to speakers set up around the park. Only village residents with village stickers on their vehicles will be allowed into the parking lots to watch the fireworks, the mayor said.

Despite concerns over the further spread of coronavirus, the Orland Park village board voted to move forward with a modified fireworks and concert plan. NBC 5's Lisa Chavarria reports.

Pekau said Centennial Park provides the ability to social distance. But not everyone agrees. Dan Calandriello, a village trustee, voted against the plan.

“I’m a patriot, I love the Fourth of July, and my family has been going together since I was a little kid," said Calandriello. "It was a tough vote, but it’s science. It’s what we have to do to keep people safe.”

Some residents who visited the park on Monday ahead of the celebration, had strong feelings about the decision, with one saying it's "not possible" because "people don't listen."

The Centers for Disease Control and Prevention has quietly added three new symptoms of coronavirus to its list.

Congestion or runny nose, nausea or vomiting and diarrhea are now considered symptoms of COVID-19, according to the nation's top health agency.

The CDC's list was last updated in April to add loss of taste or smell. The agency also included chills, repeated shaking with chills, muscle pain, headache and sore throat. An earlier list of symptoms was limited to fever, coughing and shortness of breath or difficulty breathing.

Though the CDC says its list does not include all possible symptoms and will continue to be updated as more information related to coronavirus is discovered, the full list of key symptoms currently includes: