Despite its neighboring state beginning to reopen, Illinois remains under a stay-at-home order, but that didn't stop weekend gatherings or even a church service that brought dozens of parishioners to worship. 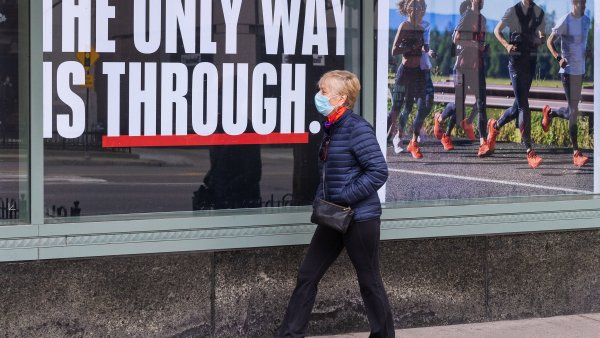 Here are the latest developments on the coronavirus crisis today (May 4):

Illinois May Reopen Region-by-Region, But Not in a Typical Way

Illinois Gov. J.B. Pritzker said Monday that he's considering reopening the state region-by-region, but not by using a typical approach.

At his daily coronavirus news conference, Pritzker said it's important to think of regions not in the normal sense of the word, but as "health care regions," which he said would be based on the availability of intensive care unit beds in a given area.

As an example, the governor cited that a spike in cases in an area with only 25 available ICU beds could be problematic.

"If there’s a significant spike in that area, 25 is not a big number, so what we want to make sure is that we’re able to handle a spike," he said.

Can You Start Expanding Your Social Circle? Pritzker Says Not Yet

After weeks in isolation, it can be tempting to want to expand the people you self-isolate with, but Gov. J.B. Pritzker says you should wait.

The reason, he said, is because people who think they are healthy could still have coronavirus.

"For a little while longer, it's very important that people who are asymptomatic - you feel fine - but that you stay away from people who you have not already been in close contact with, and that you're not quarantine together with them," he said during his daily press briefing Monday. "Because just because you are asymptomatic does not mean that you do not have coronavirus."

A flood of new research suggests that far more people have had the coronavirus without any symptoms. The head of the U.S. Centers for Disease Control and Prevention said last month that 25% of infected people might not have symptoms.

The city of Chicago has reached a bleak milestone of 1,000 coronavirus-related deaths, Mayor Lori Lightfoot announced on social media Monday.

"These are more than just data points, they're our parents, grandparents, children, friends and loved ones who touched the lives of countless individuals across our city, all of whom are grieving now," Lightfoot said on Twitter.

Despite crossing the 1,000-death threshold, in a call with reporters Monday, the mayor and Chicago's top health official stated that the city has seen some "slight process" in flattening the curve regarding the coronavirus death rate in Chicago.

Dr. Allison Arwady, commissioner of the Chicago Department of Public Health, said about a month ago, deaths in the city doubled every three to four days.

"We're now at a point where we're seeing that doubling about every 15 to 16 days," she said Monday. "And that is a sign of significant progress."

However, Dr. Arwady cautioned that nationwide, the pandemic is far from over, and the city of Chicago is not yet on a downward trajectory.

Pritzker: Details on Phased Reopening in Illinois Should be Released Soon

Illinois’ current stay-at-home order won’t expire until May 30, but Gov. J.B. Pritzker says that residents won’t have to wait that long to learn details of a forthcoming phased reopening plan for the state.

During his daily coronavirus press briefing Monday, Pritzker said that details on a phased reopening plan should be available in the near future as the state looks to reopen businesses and ease restrictions put in place because of COVID-19.

“You don’t have to wait until May 30,” he said. “We’ve been thinking about this and working on it for some time now to make sure that we’re going to give people a view into how the phases might work and how many phases there are and what would work in each phase."

After setting the single-day high for testing at more than 19,000 Sunday, the state recorded 13,834 tests Monday, which resulted in 2,341 positive results. The statewide total for confirmed cases now sits at 63,840, with 333,147 tests administered since the pandemic began.

Pritzker has urged residents to focus on the state's positivity rate, or the number of tests that come back positive compared to the total number of people tested.

Monday's positivity rate sat at 17 percent, up from 15 percent a day earlier. Overall for the pandemic so far, the state's total positivity rate is currently at just over 19 percent.

Chicago's Grant Park Music Festival announced Monday that it is canceling its entire summer 2020 season due to coronavirus.

The events were scheduled to take place from June 10 through August 15 at Millennium Park’s Jay Pritzker Pavilion and other venues throughout the city. Each year the festival holds more than 250 events that are free and open to the public.

“We are devastated that we will not be able to move forward with our 2020 season," festival President and CEO Paul Winberg said in a statement. "The festival has been a mainstay of the city’s performing arts landscape since 1935, created to bring Chicagoans together during the Great Depression.”

The state of Indiana on Monday entered "stage two" of its reopening plan that Gov. Eric Holcomb announced Friday, aimed at "having Indiana back on track by July 4."

Here's what will change.

Gov. J.B. Pritzker’s extension of the order, which took effect Friday and lifts May 30, allows for worship limited to groups of 10, along with other social distancing measures.

Roughly 100 people attended The Beloved Church in Lena, according to WREX-TV, which was denied entrance but interviewed attendees and neighbors who counted congregants. Officials with the evangelical church sued in federal court arguing Pritzker’s order violates the First Amendment right to free religious practice.

Chicago Mayor Lori Lightfoot will be reading Knuffle Bunny by Mo Willems on a Facebook Live for the Chicago Public Library. The event is scheduled to take place at 10 a.m.

The superintendent of a West Central Illinois expressed disappointment following the Illinois State Board of Education's decision to cancel in-person graduation ceremonies statewide because of the coronavirus pandemic.

The IBOE issued a statement Friday in which it encouraged school districts honor graduates virtually, but acknowledged that virtual events may not be possible in all situations. Drive-in, drive-through and individualized ceremonies are permitted - as long as they abide by specific IBOE criteria and adhere to social distancing guidelines.

Superintendent John Asplund of Galesburg Community School District 205 told WGIL radio that the district planned to hold an in-person ceremony prior to the state board's order and would still like to have one once ceremonies are permitted.

A Cook County sheriff's deputy has died from complications due to COVID-19, the sheriff's office said in a statement.

Deputy Richard O’Brien was a 25-year veteran of the sheriff's office and had been working on assignment in the Civil Process Division in Skokie despite being diagnosed with leukemia in January.

“Our hearts are broken over the loss of Deputy O’Brien, and we send our deepest condolences to his wife, Cindi, their three children, and all of his loved ones,” the sheriff's office statement reads. “Deputy O’Brien was devoted to his family and loved spending quality time with them. He lived his life with a positive attitude, even during the most challenging times.”

Non-customers of five major banks in Illinois can now cash their stimulus checks for free, according to Illinois Gov. J.B. Pritzker.

The Illinois Department of Professional and Financial Regulation announced partnerships with Wells Fargo, JP Morgan Chase, US Bank, Fifth Third and First Midwest Bank where non-customers can go to cask their checks without paying a fee.

The government in April began sending $1,200 for each individual, $2,400 for each married couple and another $500 for each dependent child to poor and middle-class families across the United States. Wealthier families get either a reduced payout or nothing depending on their income.