"And I got to have 22 years with the best mom in the world," Cassie Goldstein said. "I did everything with her. She was my best friend."

Katie Goldstein was at the parade with her daughter Cassie Goldstein, who told NBC Nightly News that she thought at first that the gunfire was fireworks. But then she looked up and saw the shooter firing down on the children.

"And I told her that it was a shooter and that she had to run," Cassie Goldstein said.

They both ran, next to each other, but her mother was shot in the chest and fell, Cassie Goldstein said.

“I knew she was dead," Cassie Goldstein said. I "just told her that I loved her, but I couldn’t stop, because he was still shooting everyone next to me. So, I just kept running, and I hid behind a trash can."

When the shooting stopped, she went back to her mother.

Katie Goldstein had been mourning her mother's recent death and wanted to have some fun when she decided to attend the holiday parade, Cassie Goldstein said.

The day before, they had gone to the botanic gardens, got Dairy Queen and went to a movie. On the day of the parade, “My mom was waving to the floats as they walked by," Cassie Goldstein said. "She was having a good time.”

“And I got to have 22 years with the best mom in the world," Cassie Goldstein said. "I did everything with her. She was my best friend.” 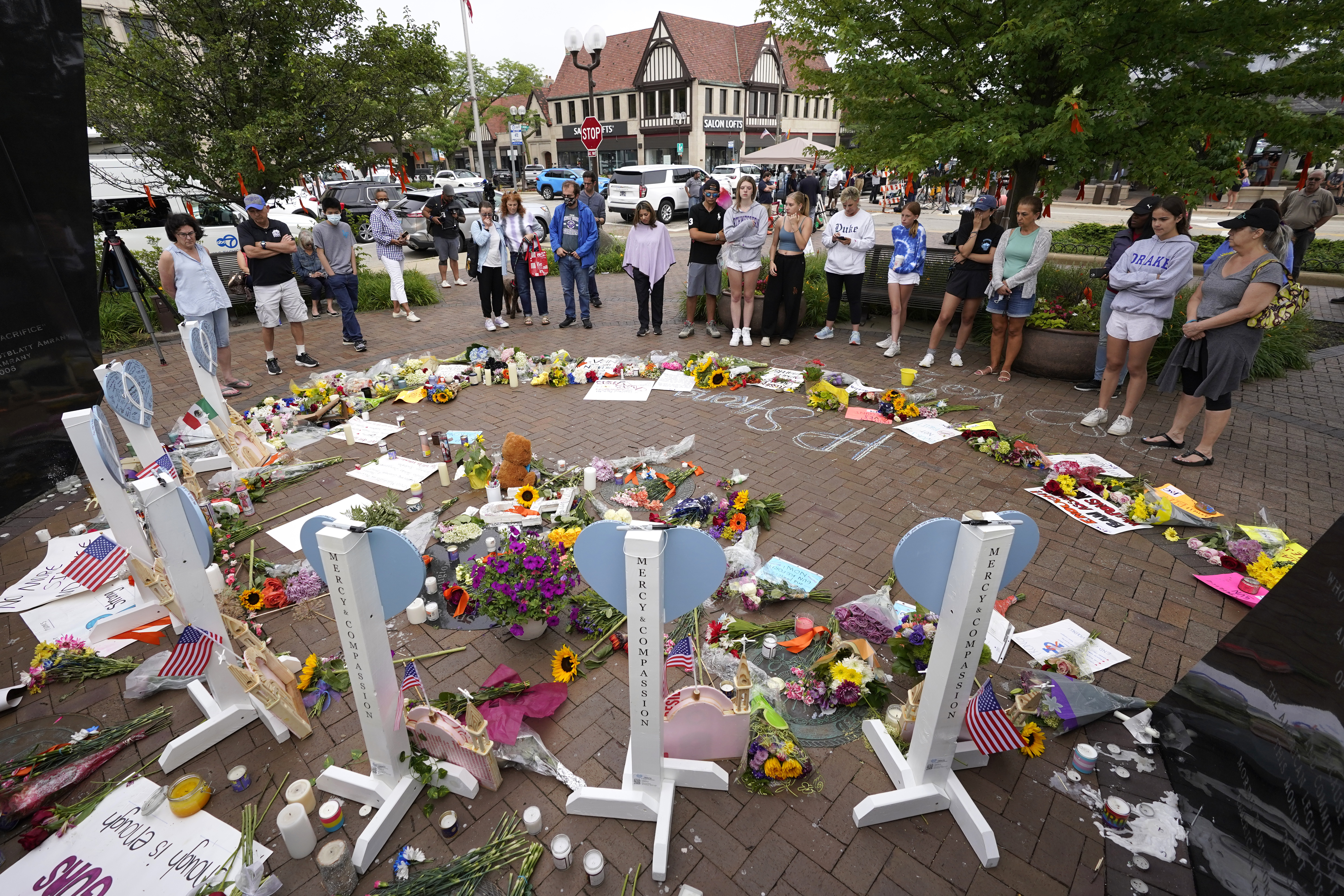 “Katie was the kindest, gentlest person you’d ever meet.”

"She was really selfless, and seemingly always upbeat," he said. "... She touched so many people in a positive way," he said.

At least seven people were killed Monday and dozens of others were injured when a gunman fired into the Fourth of July parade in Highland Park with a high-powered rifle.

A memorial was erected Thursday in the Chicago suburb's downtown with images of the victims surrounded by flowers. Community members have built an ever-growing list of resources and ways to help as they take steps to cope with this tragedy and police continue to investigate.