‘I Am Here With Half My Heart': Officer Ella French's Mom Reads Letter to Her Daughter

At her daughter's funeral, Officer Ella French's mother stood before the packed church filled with police, first responders and city officials with what she said was only half her heart.

"I have two children, Ella and Andrew, they are my heart," Elizabeth French said. "Today I am here with half my heart."

Officer Ella French was shot and killed and her partner, Officer Carlos Yanez, critically wounded earlier this month when a traffic stop turned violent. Her funeral was held Friday as hundreds gathered to pay their respects to the 29-year-old killed in the line of duty.

Escorted to the podium by Yanez' father and Officer Josh Blas, who was also at the scene that night, Elizabeth French read a letter she wrote to her daughter years earlier about the day the pair met for her adoption.

Chicago Police Officer Ella French, a 29-year-old shot and killed in the line of duty when a traffic stop turned violent earlier this month, is being laid to rest Thursday.

"This letter to Ella is dated May 2002," she began. "Dear Ella, let me tell you a story about the day you were born to me. Catholic Charities first brought you into my home when you were 8 months old. Your baby face as you entered my home was so solemn and serious. We sat and played and talked, at least I did a while we got to know each other. Then you smiled. It was a smile that lit up your face, my home and captured my heart. I knew then that God willing, you would be my daughter forever."

French, a young officer who made a big impact during her short time on the force, was remembered during the service for her empathy, compassion and determination.

"She was loud, fun and outgoing," Blas said. "She always loved getting to know people and talking to them. She was bubbly and always smiling. She genuinely loved people."

Once a foster child who was adopted into her family, French dedicated her spare time to fostering dogs and helping animals, giving back in a way that mirrored her own journey.

Speaking directly to her mother during his homily, Cardinal Blase Cupich recalled a conversation in which Elizabeth French described the empathy her daughter exuded not just in her work, but also in her life.

The front lawn outside the church was covered with men and women in uniform from departments across the Chicago area, many waiting outside for hours on a hot August day to pay their respects.

Elizabeth French thanked the many officers in attendance for their support and their sacrifice.

"I want to thank each and every one of you for your presence here today," she said. "Ella would be honored. I especially want to thank all the members of law enforcement present. Ella was so proud to be a member of your family. Every day you leave home to serve and protect family, friends and people you will never meet in your communities, towns and cities. Ella and I thank you for your service. God bless you all."

She ended her eulogy by sharing with the officers present a message she would often say to her daughter as she left for work.

"Be careful and be safe," Elizabeth French said, as the crowd stood to their feet and applauded the grieving mother for her strength and her words. 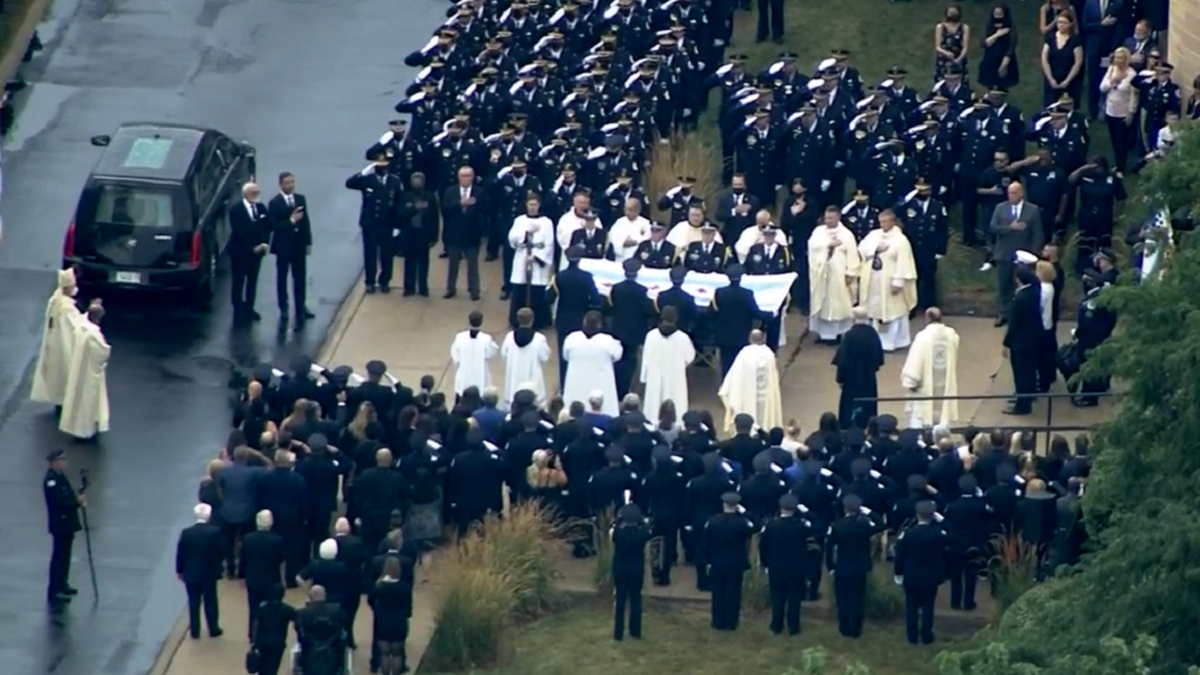 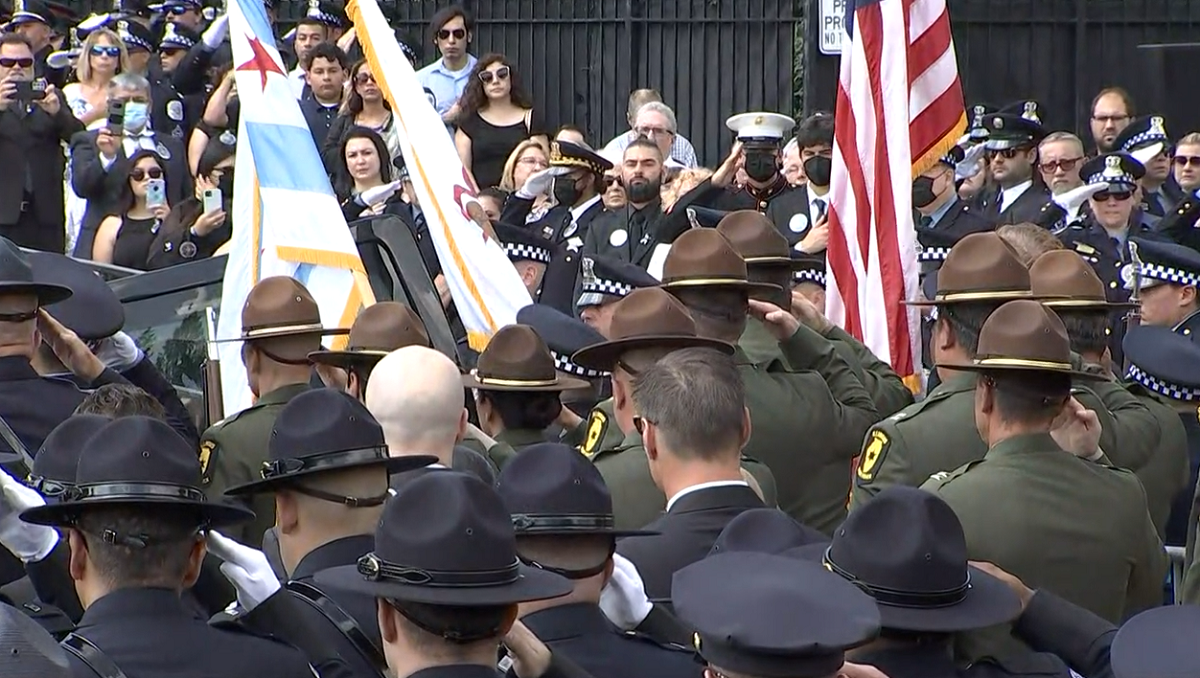