How to Get to the Women's March on Chicago

With thousands of people expected to hit Chicago streets for a march and rally one day after Donald Trump's inauguration, getting around the city and to the event could take some planning.

Organizers say more than 50,000 people have registered to be a part of the Women's March on Chicago this weekend.

According to the march's website, these are the best routes to take when traveling to the event: 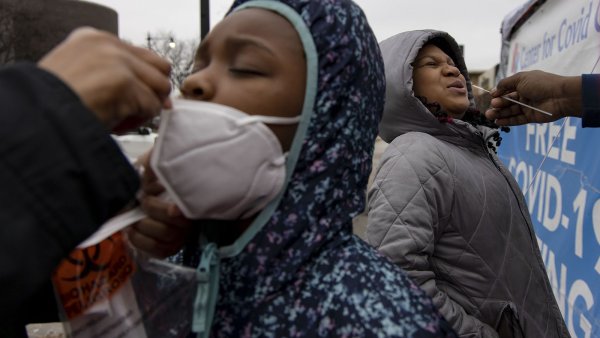 From Union Station: Passengers can board the 126 Jackson eastbound, exit at Jackson and Wabash avenue, walk east 2 blocks and west 2 blocks to Columbus and Balbo.

From Ogilvie Station: Walk to Canal and Washington. Take a J14 to Michigan and Jackson, exit the bus and walk south and east to Columbus and Balbo.

From Millennium Station: Walk to Balbo, and east to Columbus. Alternatively, board a 3, 4, or 147 at Michigan and Washington southbound, and alight at Michigan and Jackson. Walk 1 south and then east to Balbo and Columbus.

From LaSalle Street Station: Board the Blue line toward O’Hare at LaSalle. Ride 1 stop north to Jackson. Exit the train and walk about 4 blocks south and east to Balbo and Columbus. Alternatively, walk east on Congress Parkway approximately 2 blocks,

Parking: The Millennium Park and Millennium Lakeside Garages will offer nearby parking to the rally, with entrances on Columbus Drive, north of Monroe or south of Randolph. Other options for commuters looking for discounted rates include Bestparking.com and spothero.com.

Metra is also expanding capacity on all lines Saturday to accomodate crowds expected for the march. That includes trains on the UP North, Milwaukee North, UP Northwest, Milwaukee West, UP West, BNSF, Rock Island, SouthWest Service and Metra Electric lines. There is no Saturday service on the North Central Service and Heritage Corridor lines.

Originally slated to be held at the Petrillo Bandshell Saturday, the event will now begin at 10 a.m. on Columbus Drive near Jackson Drive.

The event will begin with the rally near Grant Park, with the march expected to step off at 11:30 a.m.

Demonstrators will continue west on Jackson Boulevard before ending at Federal Plaza.

Marchers and attendees can enter the space via Balbo or Congress onto Columbus Drive.