How Long Could Chicago's Vaccine Requirement Last? Here's What the Mayor Says

Beginning Jan. 3, anyone age 5 and older will be required to show proof of full vaccination to dine inside or visit gyms or entertainment venues where food and drinks are being served

Chicago will require proof of vaccination for several indoor public spaces in the new year, according to an announcement Tuesday, but how long will the mandate last?

Beginning Jan. 3, anyone age 5 and older will be required to show proof of full vaccination to dine inside or visit gyms or entertainment venues where food and drinks are being served, joining other big cities like New York and Los Angeles in adding the requirement.

During a press conference Tuesday, Chicago Mayor Lori Lightfoot told reporters that she would not speculate on further steps the city would take should coronavirus metrics worsen.

The mayor did note, however, that the fate of Chicago lies in the hands of one group of individuals.

"[The unvaccinated are] holding our fate in their hands, and really whether or not they get that jab in the arm," Lightfoot said. "Talk to everybody you know who's on vaccinated. Our future is going to depend upon whether or not they stop being hesitant and get the vaccine."

Lightfoot added that though doesn't want to shut the economy down, the city will take "drastic steps," if necessary.

"I don't want to shut the economy down," Lightfoot said. "I would have to take other mitigation steps. We have been through hell and back in the last 20 months. Nobody wants to go back to that time, but if we have to take drastic steps, we'll take them. I hope we never, ever have to get back there again. But it really depends upon the actions that people take here and now. We are in another crisis and we've got to act accordingly."

The city said the policy is "in response to an alarming rise in COVID-19 cases both locally and nationally, driven in part by the omicron variant."

"Despite our diligent and equitable vaccine distribution efforts throughout this year,
unfortunately, our city continues to see a surge of COVID-19 Delta and now Omicron cases," Lightfoot said in a statement. "New steps must be taken to protect the health and wellbeing of our residents. This public health order requiring proof of vaccination to visit certain indoor public places is a necessary measure to ensure we can continue to enjoy our city's many amenities as we enter the new year."

Along with a valid photo ID from Chicagoans over age 16, people will be required to provide one of the following valid forms of verification, according to CDPH:

“This new requirement will not eliminate COVID risk, but it will help ensure a much safer indoor environment for fully vaccinated Chicagoans, as well as for the employees working in these higher-risk settings. As we head further into the winter months, we must take this step now,” Chicago Department of Public Health Commissioner Dr. Allison Arwady said in a statement.

Here are the full requirements:

Indoor entertainment and recreation venues where food or beverages are served

Places Not Included in the Requirement

The vaccine requirement does not include houses of worship; grocery stores (though indoor dining sections within grocery stores would be included); locations in O’Hare International Airport or Midway International Airport; locations in a residential or office building the use of which is limited to residents, owners, or tenants of that building; or food service establishments providing only charitable food services, such as soup kitchens. Schools and day cares also are not included in the order.

Businesses will be required to develop and keep a written record of their plans for implementing and enforcing the vaccine requirement while also posting signage at entrances.

There are some exemptions to the requirement, however, city officials noted. Those include:

• Individuals entering an establishment for less than 10 minutes for ordering and
carrying out food; delivering goods; or using the bathroom;
• A nonresident performing artist who does not regularly perform or render services
in a covered location, or a nonresident individual accompanying such a performing
artist, while the performing artist or individual is in a covered location for the
purposes of such artist’s performance;
• A nonresident professional athlete or a nonresident individual accompanying such
professional athlete, who enters a covered location as part of their regular
employment for purposes of the professional athlete/sports team competition;
• Individuals who have previously received a medical or religious exemption (e.g.
from an employer), provided such patrons show the establishment proof of the
medical or religious exemption and a COVID-19 test administered by a medical
professional within the last 72 hours prior to entering.
• An individual 18 years of age or younger who enters a covered location to
participate in an activity organized by a school or after-school program offered by
any pre-kindergarten through grade twelve public or non-public school; and
• An individual who enters for the purposes of voting in a municipal, state, or federal
election; or, pursuant to law, assisting or accompanying a voter or observing such
election

City health officials had been saying for weeks that vaccine proof may soon be required for certain indoor activities and public spaces.

Several restaurants and venues have already required proof of vaccination or negative tests to enter regardless of citywide rules.

"There's no denying that we are in a fifth wave of COVID-19," Lightfoot said during an address Tuesday. "This new wave is seemingly more deadly than the last, spreading faster and causing profound harm. I have not been this concerned about COVID-19 since the early days of the pandemic in 2020."

In Chicago alone the average daily case rate has risen to 2,069 per day, a 101% increase from the week prior. Daily hospitalizations and deaths have also seen increases in the last week, city data shows.

Across Illinois, cases and hospitalizations continue to rise leading up to the holiday.

At least 71 omicron cases have been detected so far in Illinois, according to IDPH, with local health officials confirming at least two in the Chicago area, one in the city proper.

Still, while they encourage local authorities to make decisions on a regional level, state officials have said there are currently no plans to bring back restrictions at a statewide level yet. 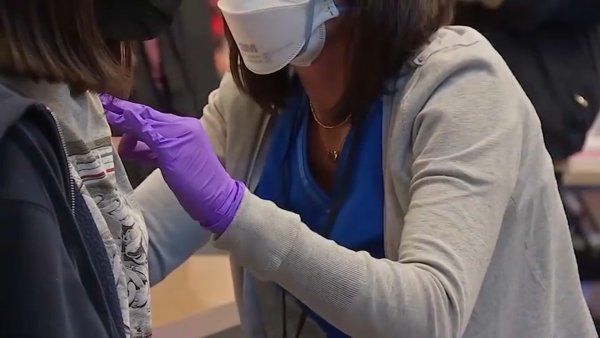 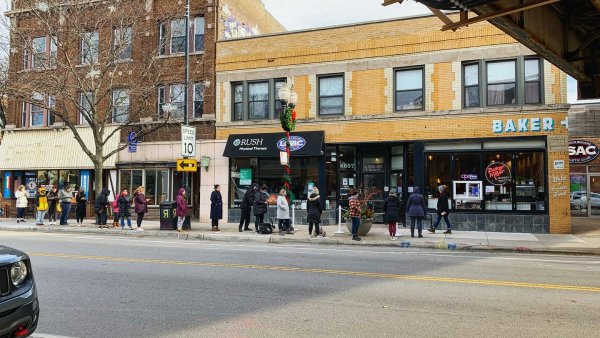