At least seven were killed and dozens of others seriously injured after a gunman opened fire into an Independence Day parade in suburban Highland Park.

Details continue to emerge after a person opened fire on the Independence Day parade in Highland Park, a suburb north of Chicago, killing seven people and injuring dozens of others.

The man suspected in the shooting was arrested by police Monday evening, authorities said, hours after shots rang out at about 10:14 a.m. in the area of Central Avenue and 2nd Street in downtown Highland Park as families watched the city's Fourth of July parade.

The suspect now faces first-degree murder charges, and his family has retained lawyers as the investigation continues.

Here are the latest updates:

The family of the suspect accused in Monday’s shooting at a Fourth of July parade in suburban Highland Park has released a statement, saying that their “hearts, thoughts and prayers” go out to the community after the tragedy.

According to attorney Steve Greenberg, his firm has been retained by the family to represent both the suspect and his parents following the shooting, which left seven people dead and dozens more wounded.

Greenberg, who has represented numerous clients in high-profile cases, including singer R. Kelly, says that Tom Durkin and Josh Herman will represent the suspect in the shooting.

The suspect’s parents issued a statement through their attorneys on Tuesday evening.

“We are all mothers and fathers, sisters and brothers, and this is a terrible tragedy for many families, the victims, the paradegoers, the community, and our own,” the parents said. “Our hearts, thoughts and prayers go out to everybody.”

Greenberg says that the couple is requesting privacy “as they try to sort through” the shooting.

Monday's shooting happened less than three years after police went to the suspect's home following a call from a family member who said he was threatening “to kill everyone” there.

Task force spokesman Christopher Covelli said police confiscated 16 knives, a dagger and a sword, but said there was no sign he had any guns at the time, in September 2019.

There have been several reports of disturbing social reports made by the suspect in the Highland Park parade shooting. NBC 5's Chris Coffey looked into potential warning signs and if the use of red flag laws could have made a difference.

Harris rode in a motorcade from her speech at the National Education Association’s convention out to Highland Park, where seven people were killed and dozens more were wounded in a mass shooting Monday.

“We have more to do,” she said during the convention, calling on Congress to ban assault weapons. “An assault weapon is designed to kill a lot of human beings quickly. There is no reason that we have weapons of war on the streets of America. We need reasonable gun safety laws.”

At Highland Park, Harris spoke with Highland Park Mayor Nancy Rotering and shook hands with law enforcement officials, thanking them for their work.

The alleged gunman faces seven counts of first-degree murder in connection with the shooting that left seven people dead and dozens of others injured.

Lake County State's Attorney Eric Rinehart says that the suspect in the shooting will face additional charges in the coming days, but says that his office will seek a mandatory life sentence.

"We anticipate dozens more charges centering around each of the victims," he said.

5:33 p.m.: More Than $1 Million Raised for 2-Year-Old Whose Parents Were Killed in Highland Park Shooting

More than $1 million as been raised so far for a 2-year-old boy whose parents were both killed in Monday’s shooting in Highland Park.

The fundraiser, started by a family friend, is aiming to raise finds for the son of Irina and Kevin McCarthy, both of whom were killed when a gunman opened fire during a Fourth of July parade in the community this week.

“At two years old, Aiden is left in the unthinkable position: to grow up without his parents,” Irina Colon, who set up the fundraiser, said. “He is surrounded by a community of friends and extended family that will embrace him with love, and any means available to ensure he has everything he needs as he grows.”

According to a press release, the city has canceled events through July 16 as a result of the shooting.

That includes Food Truck Thursdays, scheduled for July 7 and 14, the “Takeout Tuesday at the Lot” event on July 12, and the World Music Fest on July 16.

The suspect in the Highland Park Fourth of July parade mass shooting had two prior contacts with police, including one domestic incident in which a family member reported he said he was "going to kill everyone," according to officials. NBC 5's Christian Farr reports.

The disaster proclamation, which remains in effect for 30 days, grants Illinois the ability to expedite the use of state resources, personnel or equipment, according to a release.

“There are no words for the kind of evil that turns a community celebration into a tragedy,” said Pritzker. “As we mourn together, the State of Illinois will provide every available resource to Highland Park and surrounding communities in the days and weeks ahead as the community works to recover from this horrific tragedy.”

It is difficult for people of all ages to come to terms with the mass shooting that occurred during the Fourth of July parade in Highland Park. NBC 5's LeeAnn Trotter spoke with a pediatric psychiatrist about ways to speak to children about what happened. 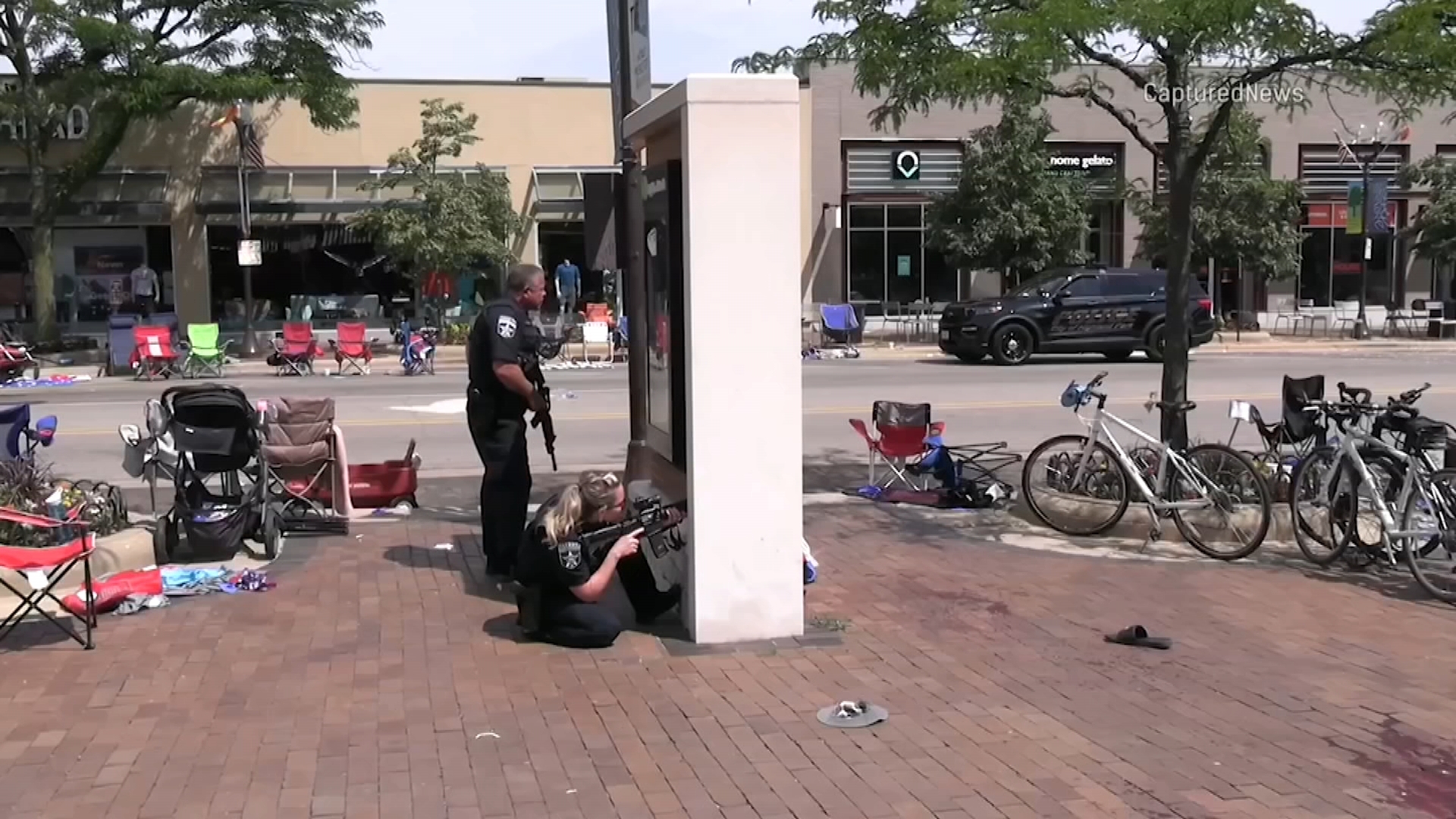 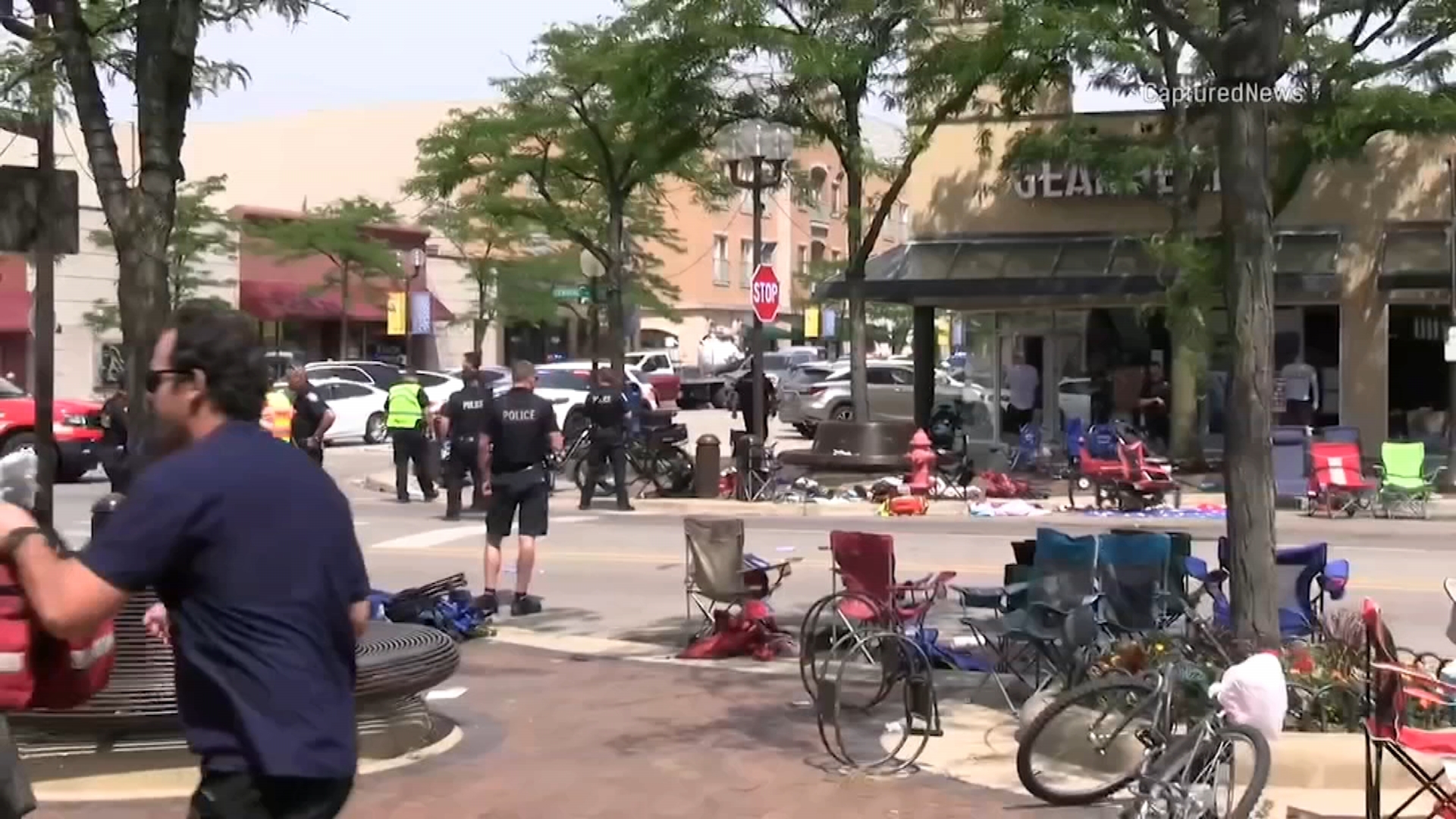