The Illinois governor suffered a fracture to his left femur, officials said

Gov. J.B. Pritzker has fractured his leg, according to his office.

The Illinois governor suffered a hairline fracture to his left femur, a spokesperson for his office confirmed. He is now under doctors orders to rest for four to six weeks, officials said.

"Governor Pritzker is in good spirits and will be receiving frequent daily updates from his staff and agency heads, and he will be fully engaged in conducting the business of the state," his office said in a release. 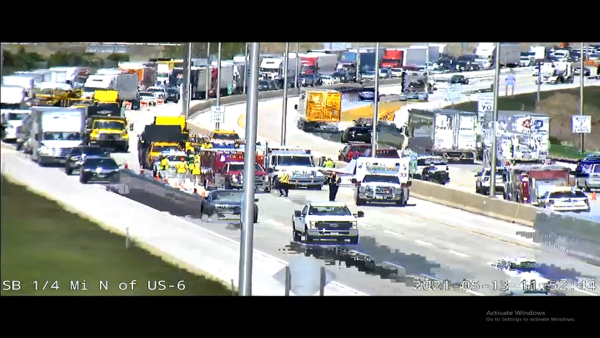 Details on how Pritzker broke his leg remained unclear but a spokesperson said it happened "some time ago" and the governor has been experiencing knee pain for several weeks. The injury was made worse in the last few weeks as he walked around multiple Illinois fairs and public events.

The injury won't require surgery, his office said, adding that he is in good physical health otherwise.