Gaudreau scores in OT to lift Flames over Blackhawks 2-1

Two days after the NHL announced its All-Star game is going to a 3-on-3 format, Johnny Gaudreau made his case to represent Calgary.

Gaudreau had a highlight-reel goal 1:38 into overtime and the Calgary Flames beat the Chicago Blackhawks 2-1 on Friday night to remain perfect in overtime games.

The Flames dominated the overtime and finally solved goalie Scott Darling with their sixth shot of the period. Gaudreau chased down his own rebound, stole the puck from Brent Seabrook and then went backhand-to-forehand to beat Darling from in tight. 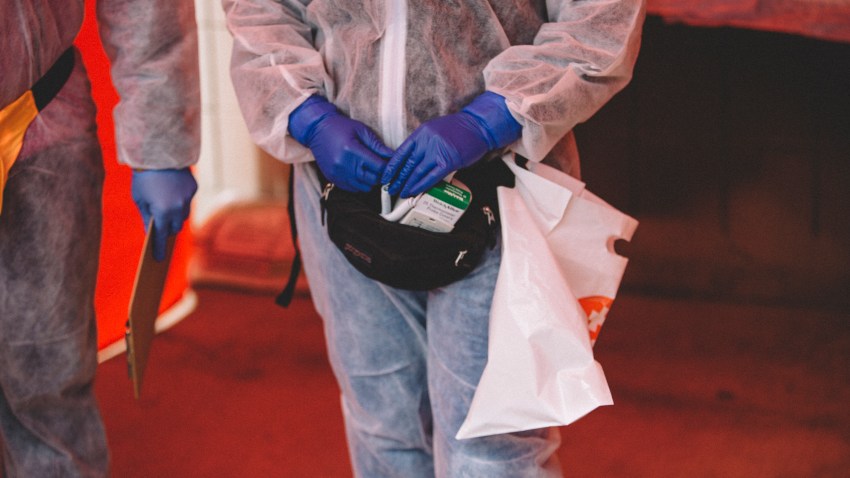 "He's a big goalie and he's making saves from outside the crease when I was shooting on him all night. I figured I'd try to get him in close and get him down and get the puck up," Gaudreau said.

"He has the thing where he somehow manages to deke you all the way and you think that you are there and he is still able to lift the puck up even though it seems impossible," Ramo said. "Today was one of those where many guys would have pounded it into the goalie's pad, but he had the patience and the skill to lift it up."

Calgary has won five times in six games that went to extra time, with the lone loss coming in its only shootout.

"Give them credit, they came out hard and they did what they needed to do to win, but we can do better," Chicago defenseman Duncan Keith said.

Sean Monahan also scored and Ramo made 18 saves to help Calgary win consecutive games for just the second time this season. The Flames have won four straight at the Saddledome. They open a three-game Pacific trip Tuesday night in Arizona.

Artem Anisimov scored his eighth and Darling made 35 stops, but Chicago had its three-game win streak halted.

Patrick Kane had an assist to extend his points streak to a career-best 15 games.

The two teams were playing for the second time in less than a week. Chicago won 4-1 at the United Center last Sunday.

Tied 1-1 after 40 minutes, Calgary was the better team in the third, piling up 10 shots on goal before Chicago got its first one 11:30 into the period.

However, despite a 14-4 edge on the period and 31-19 advantage at the end of regulation, the game remained tied.

Calgary opened the scoring on Monahan's seventh goal with 4:55 left when he backhanded a shot past Darling, who got his stick tangled up in Mason Raymond's equipment.

Chicago coach Joel Quenneville challenged the call for goaltender interference, but it was upheld.

The Blackhawks answered back less than 2 minutes later on another goal that would be challenged for the same reason but also was upheld.

Brent Seabrook's shot was stopped by Ramo, but Anisimov, directly in front of Ramo, spun and fired in the rebound.

Ramo had the best save of the game in the first period. With Chicago buzzing around the Flames net, Marcus Kruger sent a backhand toward the empty net when Ramo, while lying on his stomach, threw up his blocker arm and knocked it out of the air.