Black was a highly-celebrated centenarian in the city, and passed away earlier this month at the age of 102

A funeral service will be held Friday to honor the life and legacy of Chicago civil rights activist Timuel Black, who died earlier this month at the age of 102.

Black, who passed away Oct. 13, spent decades on the front lines of the struggle for civil rights in the United States, working with Dr. Martin Luther King Jr. and helping to get the late Mayor Harold Washington elected in 1983.

A public viewing was held Thursday in his memory, with Friday’s funeral limited to invited guests and speakers, according to the family. The funeral will be livestreamed on YouTube. 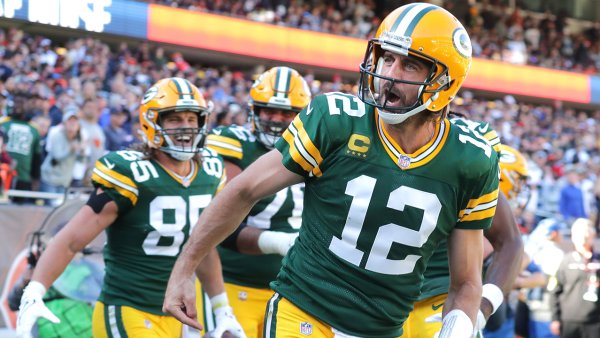 According to the family, a public memorial service will be held Dec. 5 at the University of Chicago.

Tim spent decades chronicling and lifting up Black Chicago history, but he also made plenty of history himself.

Black was a highly-celebrated centenarian in the city and his death sparked condolences from high places.

"Today, the city of Chicago and the world lost an icon with the passing of Timuel Black," former President Barack Obama wrote on social media, calling him a "truly incredible man."

Chicago Mayor Lori Lightfoot said she was "fortunate enough" to visit with Black before his death.

Timuel Dixon Black, a prominent Chicago civil rights activist, had strong connections to the city's community. On the day of his passing, city leaders reflected on his many accomplishments. NBC 5's Christian Farr reports.

Black was born Dec. 7, 1918 to sharecroppers in Birmingham, Alabama. A year later, he and his family moved to Chicago as part of the great migration — and never left.

He attended DuSable High School, where he was classmates with famed musician Nat King Cole and John Johnson, founder of Ebony and Jet magazines.

Black joined the Army at the age of 23, serving in World War II at Normandy and Battle of the Bulge. He promoted desegregation in the armed forces and his tour of duty earned him four battle stars.

After the war, Black returned home and went to college, receiving his bachelors degree at Roosevelt University and his masters degree at the University of Chicago before becoming a teacher.

In the mid-1950s, Black became very active in the civil rights movement. He advocated for racial equality, open housing in a segregated Chicago and union organizing.

He worked with Dr. Martin Luther King when he was in Chicago, and led a group of Chicagoans to the 1963 March on Washington.

Black later helped spearhead the voter registration campaign credited with assisting in the election of the late Mayor Harold Washington.

The University of Chicago hosted Black’s 100th birthday celebration in 2018, where he received the French Legion of Armor.

In 2020, longtime friends and associates held a drive-by celebration to honor the beloved historian and civil rights activist.