Live coverage of the funeral below

Hundreds gathered at a Chicago chapel Thursday to pay tribute to fallen police Officer Ella French, a 29-year-old shot and killed in the line of duty when a traffic stop turned violent earlier this month.

The front lawn outside the church was covered with men and women in uniform from departments across the Chicago area, many waiting outside for hours on a hot August day to pay their respects.

Also in attendance was the father of Officer Carlos Yanez, French's partner who was critically wounded during the shooting and is continuing to recover in the hospital. He brought with him a T-shirt from his son, who asked that it be given to French because he wanted "a little bit of me to be with her."

Fallen Chicago Police Officer Ella French’s partner Officer Josh Blas shares memories of their time together in an emotional speech at her funeral on Thursday.

French's mother, Elizabeth French - escorted by Josh Blas, a third officer who was at the scene of the traffic stop the night French was killed and Yanez' father - stood before the crowded church with what she said was now half her heart as she thanked the many officers in attendance.

"I want to thank each and every one of you for your presence here today," she said. "Ella would be honored. I especially want to thank all the members of law enforcement present. Ella was so proud to be a member of your family. Every day you leave home to serve and protect family, friends and people you will never meet in your communities, towns and cities. Ella and I thank you for your service. God bless you all."

She ended her eulogy by sharing with the officers present a message she would often say to her daughter as she left for work.

"Be careful and be safe," Elizabeth French said.

French, a young officer who made a big impact during her short time on the force, was remembered during the service for her empathy, compassion and determination.

"She was loud, fun and outgoing," her partner Josh Blas, one of two officers with French during the traffic stop that took her life, said. "She always loved getting to know people and talking to them. She was bubbly and always smiling. She genuinely loved people."

Once a foster child who was adopted into her family, French dedicated her spare time to fostering dogs and helping animals to give back in a way that mirrored her own journey.

Speaking directly to her mother during his homily, Cardinal Blase Cupich recalled a conversation in which Elizabeth French described the empathy her daughter exuded not just in her work, but also in her life.

The streets outside the service flooded with squad cars and mourners as the church filled to capacity.

"We can only imagine how the tragic death of another colleague in the line of duty impacts you as you take up the daunting challenge of providing security and peace on our streets," Cupich said. "Her senseless killing once again sharpens the knowing anxiety you and your family members feel each day as you leave your home, wondering if you will return safely at the end of your shift."

Blocks away, the presence could still be felt as squad cars with flashing lights sat waiting. At a nearby day care center, signs hung outside reading "RIP Officer French. We love you."

The service was followed by a large procession to the crematorium. 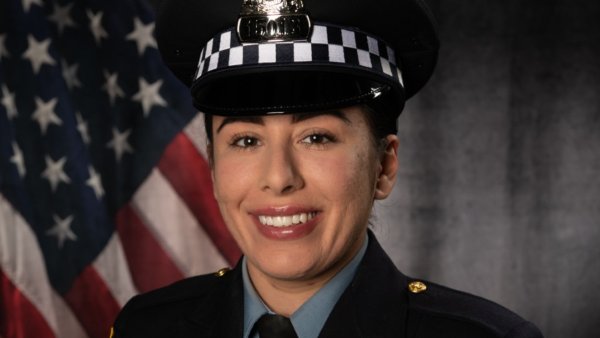 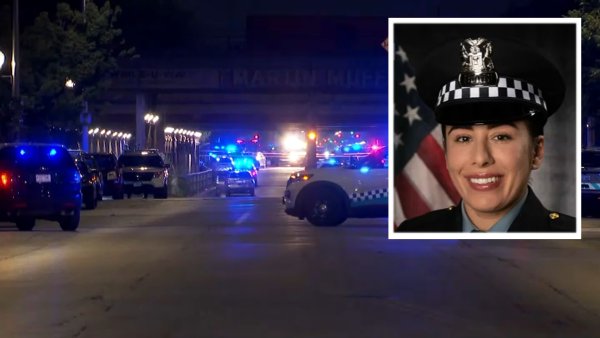 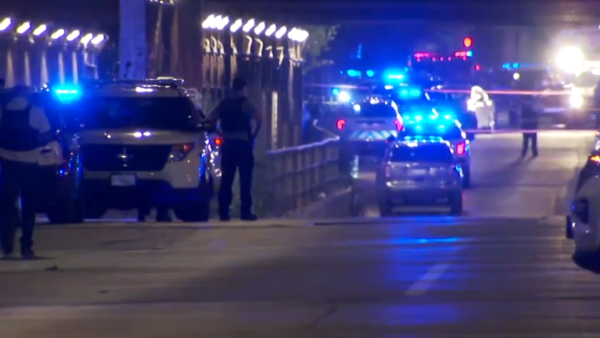 French was killed after she and her partner were shot during a late-night traffic stop in the city's West Englewood neighborhood.