Bernie Wong, the founder of the largest social service agency in the Midwest serving Asian Americans, died overnight after a battle with breast cancer.

The Chicago Asian community is remembering a profound leader, a fighter of social justice and an advocate for Chinese immigrants. Bernie Wong, the founder of the largest social service agency in the Midwest serving Asian Americans, died overnight after a battle with breast cancer.

Wong's death is a devastating loss for many people in the Chinese American community after learning about her passing.

"I want people to remember Bernie as very generous and a great leader of the community," said Dr. Kim Tee, who worked with her over the years. 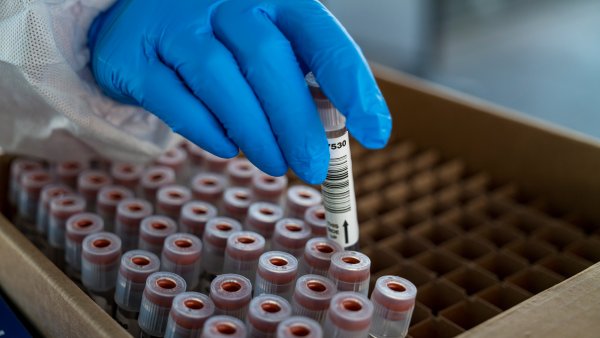 "We always talk about building different organizations and make the community better," he said. "How we can work together as one and to make our voice stronger—she was very good at that."

Described as a dynamic and a trailblazing leader, Wong dedicated her life to serving immigrants in Chicago.

Wong was born and raised in Hong Kong. She came to the United States when she was 18 years old and used her own personal experiences and background to pave the way to help others.

From the ground up Wong built the Chinese American Service League, known as CASL. The non-profit group has been around since 1978 providing social services and programs to help hundreds of thousands of Chinese immigrants over the years.

"She just cared about everybody else once she identified a need. Whether you’re a child or a senior, she would find a way to help others," said CASL chairman Jim Mark.

But her work went beyond the walls of CASL. She broke barriers in Chicago by becoming the first Asian to be appointed to the boards of United Way of Metropolitan Chicago and the Chicago Public Library.

Lisa Guebedeaux has known Wong for more than 15 years and said she was instrumental in the development of attractions we recognize today, like Chinatown Square and Ping Tom Memorial Park.

Wong has been recognized and honored by different groups, mayors, governors and presidents for her service and work. Those who knew her said she never took no for an answer and that her legacy will live on.

"She had a love for life," said CASL CEO Paul Luu. "Her spirit will continue on in the mission of CASL."

Wong’s family is still in process of planning her funeral. She died surrounded by family. She was 77 years old.