The federal prison camp is reportedly the same facility where Martha Stewart also did time.

The wife of Jesse Jackson Jr. pleaded guilty to tax fraud in 2013 and was sentenced to one year by a federal judge. The prison camp where she served her sentence housed just over 1,000 women in Alderson, West Virginia, and is the same facility where Martha Stewart notoriously did time.

The 53-year-old was required to report to prison 30 days after her husband, former congressman Jesse Jackson Jr., completed his 30-month prison sentence for conspiracy to commit wire fraud, mail fraud and false statements.

Jesse Jackson Jr. was released Sept. 18, although was still ordered to complete 500 hours of community service.

Sandi Jackson’s attorney had earlier requested she be assigned to a correctional facility in Florida so she could stay close to her children.

"I've grieved every day, every single day, over the fact that my mistakes have resulted in my end of service as an alderman," Sandi Jackson said in court. "It's caused disappointment in my community, and it's put my family unit in peril. ... I stand here today asking for mercy."

Sandi Jackson’s attorney could not immediately be reached for comment. 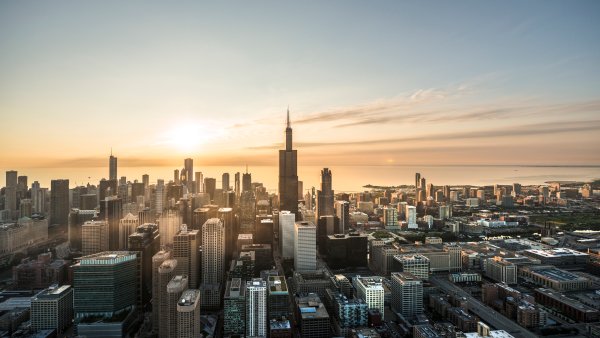 Things to do in Chicago 28 mins ago

Riot Fest, Zoo Brews: Things to Do in and Around Chicago This Weekend

Jackson previously represented the city’s South Side 7th Ward until 2013, when she resigned before she and her husband pleaded guilty to the felony charges.