In hopes of combating a string of violent attacks on CTA trains and platforms over the past several months, teams of unarmed security guards and people trained in martial arts will ride the Red Line for an eight-hour shift Friday to be on the lookout for crime.

The effort however is not led by the city of Chicago, or Chicago Police. Instead, community activist Tio Hardiman is leading the charge.

“We want to be proactive and preemptive. We don’t want things to get bad before we do something, things are already getting bad,” Hardiman said. “Put yourself in the the shoes of some working-class person, getting up to go to work and someone gets up in your face on the train.”

Hardiman says he has called on Mayor Lori Lightfoot and the Chicago Police Department to collaborate with volunteer patrols and work with him to identify train lines and problem time periods to continue the eight-hour shifts on an ongoing basis.

Who Will Patrol the CTA Friday, And on Which Trains?

Hardiman says the volunteers will wear a specific logo to be identifiable, and will ride the Red Line for an eight-hour shift beginning at 11 a.m. Friday.

Who are the Unarmed Volunteers?

Hardiman said his volunteers won’t have weapons, but most are veterans and have martial arts skills.

They also have been trained to act as “violence interrupters” to deescalate situations, and also will be able to direct those with substance abuse problems or people who are homeless to community resources.

Andre “Tank” Hart, a former Marine whose 300 Elite Protection security firm will provide officers for Friday’s patrols, said his officers will not be armed but many are military veterans and champions in martial arts such as jiujitsu and judo.

Volunteers from God’s Gorillas, a South Side nonprofit organization, also will ride along.

Man Robbed on CTA Red Line Train Near North Side 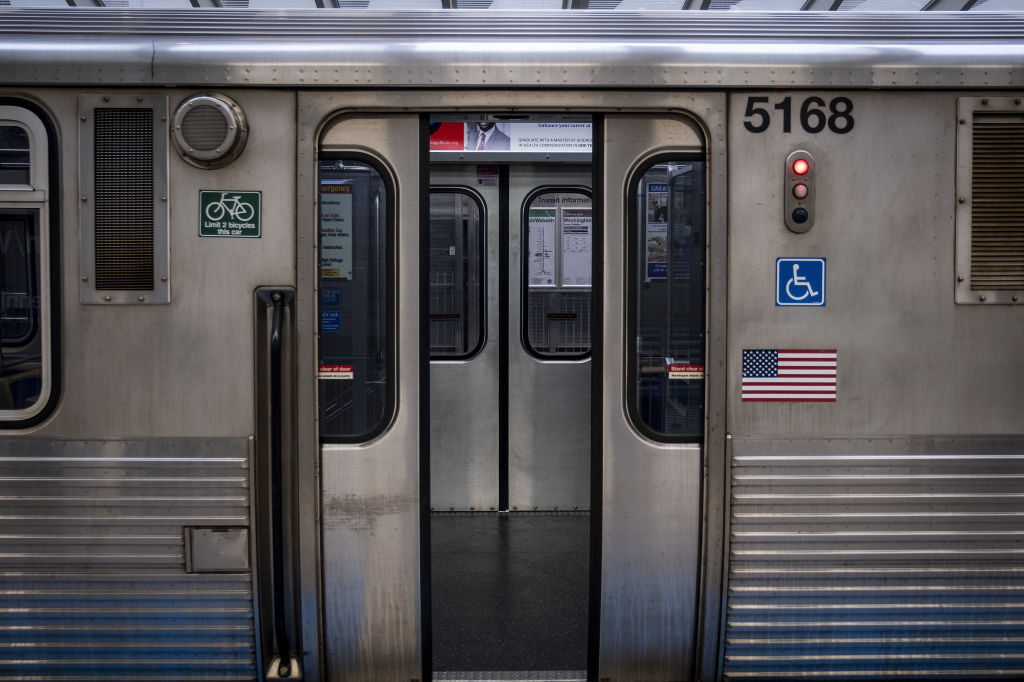 Has CTA Increased Their Own Security?

Crime says it has increased on trains and platforms during the pandemic, and earlier this month CTA said it has added more security guards at stations.

However, violent attacks on CTA platforms and trains have continued to increase.

Just last week, four people were robbed across Pink and Red Line trains overnight, and a man was stabbed and robbed at a Green Line station.

A Chicago Police spokesman urged CTA riders —would-be security volunteers or otherwise —not to step in as vigilantes and instead call 911 if they witness a crime or something suspicious.

A CTA spokesperson referred questions to the police department.