Zion stadium was pitched as a great investment for taxpayers of working-class suburb. Instead, they're out nearly $8 million.

In one forgotten, windswept, weed-infested section of north-suburban Zion, you can almost detect a whisper of one of the most famous lines from the Silver Screen: “if you build it, they will come.” They are words once repeated often as city leaders attempted to live out their dream of erecting a professional baseball stadium in their town — just a couple of miles from City Hall — and attracting a minor league team to fill it.

One can’t operate without the other. And, in fact, that’s how the dream unraveled.

It was pitched to local taxpayers as a great investment for the working-class Chicago suburb that hugs Lake Michigan. Even Kevin Costner, who starred in the hit movie “Field of Dreams,” was signed up as a co-owner of the new team, to be called the Lake County Fielders.

But NBC5 Investigates has obtained documents that show that dream has become a nightmare for taxpayers. 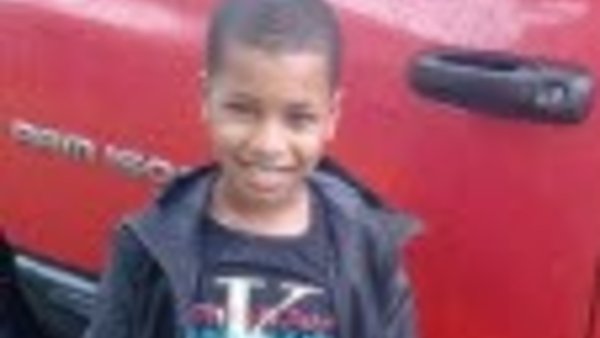 clear the shelters 47 mins ago

July 2010 marked opening day for the Fielders. At that point the city had provided only temporary facilities.

A year later, not much had changed at the ballpark. Contracts had been signed; a construction company was hired and a lot of equipment had been bought, but plans to complete the stadium kept getting delayed.

The team agreed to play the first part of that second season on the road — mainly in Hawaii and on the West Coast — with the promise from city officials that the stadium would finally be ready by mid-July. With no stadium and minimal revenues, the team ran out of money to the point that Ehrenreich bounced checks to the city, and the Fielders’ play-by-play announcer, Qumar Zamon, quit right on the air — mid-season — claiming the team hadn’t paid him what he was owed.

By 2012 the players, the bat boy, and even the mascot were filing suit against Ehrenreich and his company to try to get their paychecks. Out of money — and still without a permanent stadium — the team cancelled the 2012 season, and hasn’t played since.

So what had happened to the stadium that Zion officials had promised to build? NBC Investigates filed a Freedom of Information request with the City of Zion for expenses, payments, and purchases related to the proposed Fielders’ ballpark. We found more than $400 thousand spent on the "temporary” stadium alone; another $3-plus million spent on what was termed "stadium pre-development” and “stadium development,”and another $1 million in wire-transfers that — at least on the documents examined by NBC5 — contain no description of where the money actually went, or to whom.

In addition, NBC5 found large sums paid for the land-lease, for property taxes, for various consultant and attorneys, for new water and sewer lines, for snow-removal — and an additional $1.4 million taken from the city’s water fund — all spent on the ballpark.

To date, NBC5 Investigates has found, the running tab for the stadium — paid by Zion's taxpayers — has risen to more than $7.8 million, for a stadium that more closely resembles the remnants of a forgotten junkyard.

Where did all that money go?

NBC5 Investigates sought answers from the Zion officials who brought the Fielders to town. We made several phonecalls and sent several e-mails to Zion Mayor Lane Harrison, who had spearheaded the project, but he never responded, even when we paid a visit to his offices.

NBC5 also wanted to talk to Delaine Rogers, Zion’s former Director of Economic Development, who was key in making the initial deal to bring the Fielders to Zion, and who championed the cause even into 2011, when residents started questioning whether the stadium would ever get built. Rogers was full of hope during an interview with a local radio station.:“You gotta believe!” she told the host. "It’s a field of dreams. I’m serious. It comes right out of the ground. You will be amazed.”

Rogers told NBC5 that it is still painful for her to drive by the stadium site, and that she still has hope that things might turn around and the ballpark will get built. As for the long delays, she and the city claim that the bond-issue they’d counted on to finance the stadium fell through, after Ehrenreich stopped paying rent.

But Ehrenreich’s attorney claims the cause and effect are essentially reversed: “Mr. Ehrenreich made sure that the team made two payments of $3,000 each, as scheduled,” Boulton said, "until he realized that the town was not going to be building the stadium in the time frame they said that they would.”

Ehrenreich and his company have now filed a $10 million lawsuit against the Mayor, Rogers, and the City, alleging breach of contract. Also named as a defendant in the suit is Rick Delisle — who owns the very land where the stadium is located.

That leads to several odd twists surrounding the principals involved in the stadium deal:

Ms. Rogers — who left her city job a few weeks after her interview on the radio — immediately went to work for Delisle at a Best Western hotel he had just finished building in downtown Zion, with assistance from city TIF financing. The hotel sits right across from City Hall.

And a report in the Chicago Sun-Times revealed that — long before Rogers and Delisle made the stadium deal together — Ms. Rogers was writing romantic e-mails to Delisle, with lines like: “It seems a lifetime since I kissed you, never enough.”

Another odd connection in this case concerns a lawyer named Scott Puma. He is paid as Zion’s city attorney. But he has also been hired to defend the city and the mayor in the lawsuit filed by Ehrenreich. And according to disclosures filed with the Illinois State Board of Elections, Puma is also treasurer for Mayor Harrison’s campaign committee.

The judge who is hearing the Fielders’ breach of contract case is Lake County Circuit Court Judge Jorge Ortiz. Curiously, his name appears on a souvenir V.I.P. bat — from the first opening day of the Lake County Fielders.

The Fielders’ owner says that bat shows that the judge is “not competent to rule on the case” in court, but a request to change the judge has been denied.