Family: Video Given to Them Does Not Show Teen Walking Into Freezer; Questions Remain

The family of a 19-year-old girl whose body was found in a suburban Chicago hotel freezer over the weekend said the "snippets of video" they have been provided do not show the teen walking into the freezer.

"The family has not been provided any video or other evidence of Kenneka Jenkins walking into a freezer," a statement from Jenkins' family read. "Serious questions remain as to how she ended up in a Crowne Plaza Hotel freezer and why it took a day and a half for the hotel to find Kenneka. Her death requires a thorough complete and independent investigation."

While police said the family has received all surveillance footage from the hotel, the family's attorney Larry Rogers said they received 30 to 40 minutes of footage and "none of that video shows Kenneka Jenkins walking into a freezer."

"We know she was there, but to today’s date we haven’t received it," Rogers said. "No one from Crowne Plaza Hotel responds to her or is seeking to provide assistance to her. For over a day, she was somehow down in this freezer and they have not explained how someone got into an area that was apparently not being utilized, and a freezer that was apparently on and not functioning.”

The family's claims come one day after Andrew Holmes, a seasoned spokesman for victims of violence and prominent community advocate, said police showed him the hotel security footage. That footage, he said, showed the teen walking into a freezer alone before she was found dead inside nearly a day later.

Police have not confirmed that Holmes did in fact see the videos, but authorities noted the family of Jenkins has been given the videos along with the Cook County Medical Examiner's office. They will be given time to review the videos before they are released to the public, police said.

Jenkins' family said that Holmes is not a spokesperson for them and said they did not give permission for him to view the footage. As of Friday morning, Jenkins' sister said the family had not yet watched any video.

"Despite requests for all evidence, we have only been provided snippets of video, none of which shows Kenneka Jenkins walking into a freezer," the statement read.

It was not immediately clear if the video shown to Holmes was the same video that was given to the family.

Holmes said Jenkins is seen in the video trying to find her way to the lobby when she appears to get lost. She ended up in an “unsecured” kitchen area in a lower level of the hotel and was checking doors when she opened the unused freezer and walked in, he said.

Holmes said there did not appear to be any foul play involved in Jenkins’ death—and that it was an “accident waiting to happen.”

"It was an un-caused accident that should have never happened," he said. "That door should have been secured."

Despite Holmes' comments, dozens of protesters continued to gather outside the hotel Thursday. They could be heard chanting "No justice! No peace!" as Jenkins' mother said she is still seeking answers.

Teresa Martin said despite a request she received from Holmes to stop the protest Thursday night, she attended the event and asked for demonstrators to remain peaceful.

"Don’t make it seem like it’s some race thing because it’s not," Martin said in an earlier Facebook live. "It could be your child. It could be a blue child, a purple child - it doesn’t matter."

A dozen people have been interviewed, 47 cameras are being analyzed by investigators--and social media posts continue to be scrutinized--after Jenkins was found dead in a hotel freezer over the weekend, authorities said Wednesday. 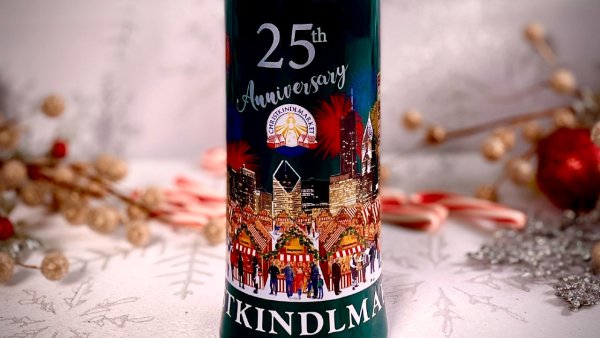 Rosemont police were still attempting to piece together her death. She was pronounced dead at 12:48 a.m. at the Crowne Plaza Hotel, located at 5440 N. River Rd. in Rosemont, according to the Cook County Medical Examiner’s office.

Facebook videos purportedly taken from a hotel room party Jenkins was said to have been at have been shared thousands of times. As the posts sparked amateur online detectives to flood social media with accusations and conjecture, police gave an official update Wednesday.

They say the department is still conducting a death investigation.

“Our detectives are working around the clock to identify, locate, and interview all persons who were involved,” the department said in a release. “Additionally, certain videos related to this investigation have been sent to specialized forensic technicians for further analysis.”

Police said they have interviewed 12 people who were “involved in some way”—including eight who were present the night or morning of the hotel party Jenkins attended.

Police are still searching for four other people who were at the party they say they want to talk to, but they did not elaborate.

“As interviews continue, the names and whereabouts of more people present that night are being discovered,” the department’s press release says.

Police said the Crowne Plaza hotel has been “extremely cooperative” and has provided all video surveillance along with employee rosters. Family members of Jenkins and the community activist Holmes had implied at an earlier press conference that the hotel was withholding some security footage.

The hotel has offered to cover Jenkins' funeral costs.

An autopsy was conducted, but Jenkins' cause of death was pending results, police and the medical examiner's office said.