The family of Illinois State University graduate student Jelani Day released a statement Thursday after their son was identified as the body found earlier this month in the Illinois River near Peru, a far southwest Chicago suburb.

Read their statement below:

There are no words to clearly communicate our devastation. We learned this morning from the LaSalle County Coroner the deceased man found in Peru, IL on Saturday, September 4 is Jelani.  Our hearts are broken.

We ask that you continue to pray for our family during what will be very hard days ahead.  Throughout these 30 days, our very first concern was finding Jelani, and now we need to find out #WhatHappenedToJelaniDay

At this moment there are more questions than answers surrounding Jelani’s disappearance and death, and that is where we will focus our energy. As of this moment, we do not know what happened to Jelani and we will not stop until we do.

This week we learned new evidence has been discovered and police are working on new leads related to Jelani’s disappearance.  This case is not closed and the investigation is not over.

We STILL need people who have information to come forward.  If you know anything about what happened to Jelani or had contact with Jelani in the days and weeks before his disappearance, please contact Bloomington Police Detective Paul Jones at (309)434-2548 or email him at pjones@cityblm.org.

We have also hired JAB Professional Services to assist the police.  Information regarding Jelani’s disappearance can be emailed/texted to Beliveaups@yahoo.com  618-223-0044 (C) The family is offering a $25,000+ cash reward. https://gofund.me/8ee08e46

Thank you to every single person who has thought about, prayed for, talked about, and searched for Jelani.  The love you’ve shown our family has sustained us and we will definitely need you even more in the days to come.  We love each and every one of you for making Jelani’s story personal.

We will continue to share updates on Jelani’s case as information becomes available.

The body was first discovered weeks earlier, near where Day's car was found shortly after he was reported missing, but officials said identification could take weeks or months due to the condition of the body.

"We’ve given them DNA so they can identify the body," Day's mother Carmen Bolden Day told NBC Chicago this week. "However what I was told that the crime lab does not have the solution that they need to process the DNA." 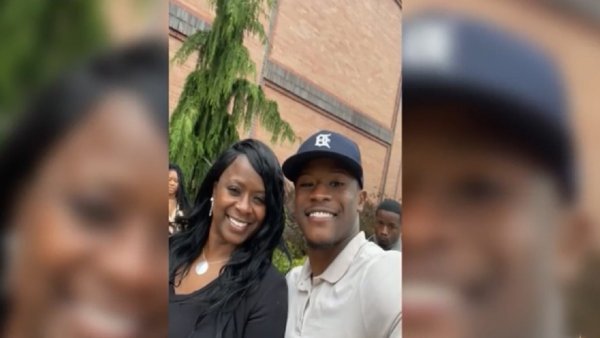