The family of a 26-year-old man whose brutal killing sparked a cross-country manhunt that ended in the arrest of a Northwestern University professor and an Oxford University employee says they hope both men will be denied bail.

"Given the nature of how our son suffered and died, we are hopeful that the judge will deny bail for both suspects until this matter is settled in a court of law," Trenton Cornell-Duranleau's family said in a statement.

California prosecutors have charged Northwestern University professor Wyndham Lathem with murder in connection with the July 27 stabbing death of Cornell-Duranleau, whose body was found that night in Lathem's Chicago apartment.

Lathem and Andrew Warren, an Oxford University financial officer, were on the run for about a week before they surrendered Friday to authorities in Oakland and San Francisco.

Lathem's attorney, Kenneth H. Wine, said before the hearing that Lathem would plead not guilty.

Lathem waived his right to an extradition hearing and should be back in Chicago by Sept. 6.

Warren did not have an initial court appearance scheduled yet. It was not immediately clear if he had an attorney.

Both men disappeared after Cornell-Duranleau, a hairstylist and Michigan native, was found dead, authorities said. Guglielmi said the crime scene was "gruesome and the victim was savagely murdered."

Lathem also sent a video message to family members and friends after the killing, according to police, allegedly apologizing for his involvement in the crime.

Police did not release the video footage, saying it was "integral to any future interrogation efforts," adding that the people who received the video had been interviewed by U.S. Marshals.

"Both individuals will be held accountable for their actions and we hope [Friday's] arrest brings some comfort for the victim's family," Guglielmi said in a statement last week. "We are also thankful that this did not end in further tragedy."

Wine said this week the accusations against Lathem are contrary to the way the suspect has lived his entire life.

"Since the beginning of this case, the defense has received dozens of calls and letters in support of Dr. Lathem, from friends and colleagues who have known him for decades," Wine said in a statement. "They all describe him in the same way — a kind, intelligent, and gentle soul, and a loyal and trusted friend. What he is accused of is totally contrary to the way he has lived his entire life."

Lathem was an associate professor of microbiology and immunology at Northwestern University's medical school, where he has worked for 10 years. He was fired the day he was arrested and has been banned from entering Northwestern campuses, university spokesman Alan Cubbage said Monday. 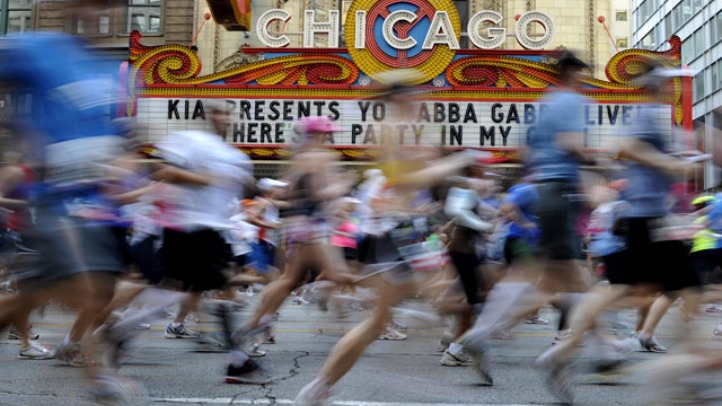 "Lathem was terminated for the act of fleeing from police when there was an arrest warrant out for him," Cubbage said in a statement.

The Cornell Duranleau family said they "continue to grieve and struggle to make sense of Trenton's death." They also thanked law enforcement for "bringing the suspects into custody."

"Their diligent efforts have given our family some comfort as we mourn this tragedy," the family's statement read.