The video, which a judge ordered police to release by Nov. 25, is said to show the teen holding a small knife and walking away from officers when one unexpectedly opens fire on him

Attorneys representing the family of slain teen Laquan McDonald, who was shot to death by a Chicago police officer last year, released a statement Tuesday urging "calm in Chicago" ahead of the anticipated release of the dash-cam video showing the incident.

"We deeply appreciate the outpouring of love and support for Laquan," the statement from attorneys Michael D. Robbins and Jeffrey J. Neslund reads. "This is a difficult time for us. As we have said in the past, while we would prefer that the video not be released we understand that a court has ordered otherwise. We ask for calm in Chicago. No one understands the anger more than us but if you choose to speak out, we urge you to be peaceful. Don't resort to violence in Laquan's name. Let his legacy be better than that."

The video, which a judge ordered police to release by Nov. 25, is said to show the teen holding a small knife and walking away from officers when one unexpectedly opens fire, spraying the teen with more than a dozen bullets and continuing to shoot as McDonald lies lifeless on the ground, according to one of the attorneys for McDonald's family. 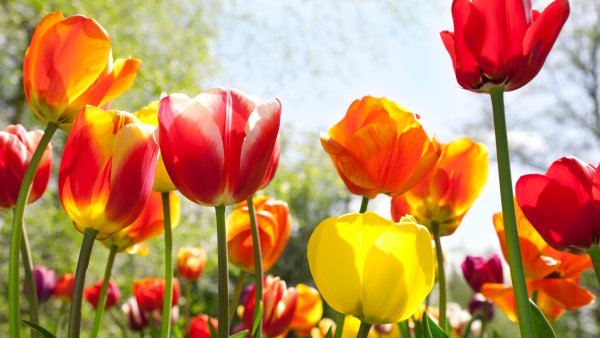 Officer Jason Van Dyke, 37, turned himself into authorities Tuesday morning and was later ordered held without bail in connection with the fatal shooting of McDonald, according to the Cook County State's Attorney's office. Van Dyke is scheduled to appear in court again Monday as Judge Donald Panarese said he wants to see video of the shooting.

Prosecutors said in court Tuesday that the shooting happened within 15 seconds, but for 13 of those seconds McDonald was on the ground. They added the video "clearly does not show McDonald advancing toward (Van Dyke)."

"To watch a 17-year-old young man die in such a violent manner is simply disturbing and I have absolutely no doubt that this video will tear at the hearts of all Chicagoans," Cook County State's Attorney Anita Alvarez said in a press conference after bond court proceedings.

Earlier Tuesday, city and community leaders urged residents to resist inciting unrest ahead of the potential release of the dash-cam video. A day prior, many of these leaders met with Mayor Rahm Emanuel for an emergency meeting to draft a plan that they hope will help the city avoid protests similar to the ones that happened in Ferguson, Missouri.