A Cook County Circuit Court judge on Monday declined a request to hold a same-day hearing for an injunction to immediately end Chicago's teacher strike.

During a short meeting, Judge Peter Flynn postponed the requested hearing until Wednesday, city law department spokesman Roderick Drew said. That comes after the Chicago Teachers Union's delegates are scheduled to meet and vote on a proposed contract.

Earlier in the day, Mayor Rahm Emanuel ordered a 700-page injunction request be filed to get kids and teachers back in class. It seeks a temporary restraining order and asks a judge to immediately end the strike. The complaint states the strike is illegal because it's based on non-economic issues and because it presents a "clear and present danger to public health and safety."

The move came after union delegates on Sunday deferred their vote to end the strike and asked for more time to review a proposed teachers' contract drafted by school officials and the CTU.

"I will not stand by while the children of Chicago are played as pawns in an internal dispute within a union," Emanuel said Sunday in a statement. "This was a strike of choice and now a delay of choice that is wrong for our children."

"This continued action by union leadership is illegal on two grounds," Emanuel said. "It is over issues that are deemed by state law to be non-strikable, and it endangers the health and safety of our children."

The CTU was none too pleased, calling the legal action "consistent with Mayor Emanuel’s bullying behavior toward public school educators."

"As teachers, paraprofessionals and clinicians continue to fight to make our city’s public schools stronger, the mayor, CEO Brizard and members of the board want to trample our collective bargaining rights and hinder our freedom of speech and right to protest,” CTU spokeswoman Stephanie Gadlin said in a statement.

Union delegates aren't scheduled to meet again until Tuesday out of respect for the Jewish holiday, Rosh Hashanah, which began at sundown Sunday.

Emanuel had no scheduled events Monday.

"The biggest downside for seeking the injunction is it fuels that anger that was present in the House of Delegates and lessens the likelihood that when they recovene they're going to lift the strike," said Kent College of Law professor Martin Malin. "[Emanuel] is not getting the schools reopened any faster, its now set for a hearing on Wednesday.  Youcan always escalate later but its really hard to desecalate once you've escalated."

More than 26,000 teachers and staff walked out last Monday, leaving more than 350,000 students unattended. For five days, thousands of teachers picketed outside schools and twice converged on the Board of Education headquarters downtown.

The strike follows months of slow, contentious negotiations over salary, health benefits and job security after the school board unanimously voted last year to cancel teachers' 4 percent pay hike in the final year of their contract.

School board president David Vitale said Monday the two sides are done negotiating and CPS is waiting on the union.

"We've done as much as we know how to do," Vitale said. "We reached an agreement with their leadership, we think it's a good agreement. It's time for the teachers to get back in school." 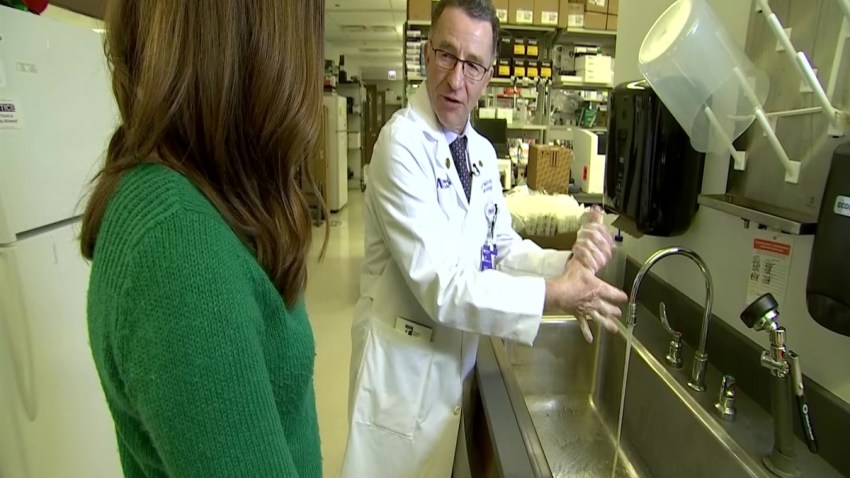 Northwestern Doctor Shows the Right Way to Wash Your Hands