Emanuel Left ‘Under the Bus' in Obama's DNC Video

A video introducing President Obama at the Democratic National Convention Wednesday noted that Mayor Emanuel advised Obama to abandon the Affordable Care Act during his time as the president’s chief of staff.

A video introducing President Barack Obama at the Democratic National Convention Wednesday noted that Mayor Rahm Emanuel advised Obama to abandon the Affordable Care Act during his time as the president’s chief of staff.

“A lot of people argued the politics were too costly,” the video’s narrator said as a photo of Emanuel and Obama talking in the Oval Office was shown.

Emanuel served as Obama’s chief of staff during part of his first term, before leaving to run for mayor in Chicago.

“Rahm Emanuel came to him and said, ‘You’re going to have to pull the bill, because if you push this legislation, you will lose in 2012,’” the narrator added as more pictures of Emanuel and Obama flashed on the screen. 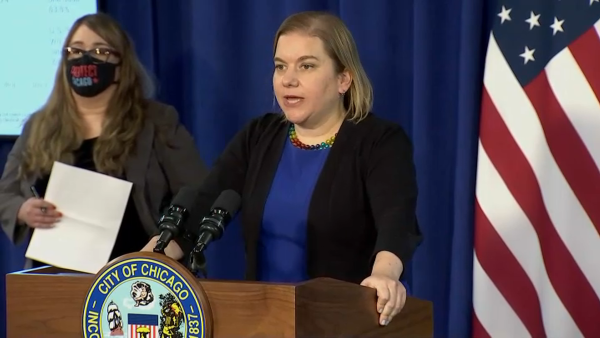 “He’s thinking to himself, if I decide not to push for this, what do I say to all those people who came up to me with tears in their eyes, saying they need this to save themselves,” the narrator said of Obama. “If that means I’m a one-term president, then I’m a one term president.”

Commenters responded swiftly on social media, claiming Emanuel was thrown under the bus in the video.

“Rahm, meet this bus,” the Boston Globe’s Matt Viser said. “Because you’re going under it.”

Emanuel, who has been persona non grata on the presidential campaign trail, came under fire in the wake of the Laquan McDonald controversy. McDonald was shot and killed in October of 2014 by Chicago Police Officer Jason Van Dyke. After dash-cam footage of the incident was released last November, there was a large public outcry for the mayor’s resignation, the Chicago Tribune reported at the time.