It sounded like the opening to a joke, but Sen. Chapin Rose was eliciting a description of protections and restrictions in an Illinois eavesdropping proposal to replace a law declared unconstitutional last spring but which detractors contend allows law enforcement officials to infringe on personal privacy.

"If you have two people having a conversation in a bar," the Mahomet Republican began, "and someone walks up and says, 'I want to record you,' and they say, 'No,' then what?"

The third party may record without permission, responded Sen. Kwame Raoul, the Chicago Democrat who sponsored the proposal. Rose persisted. What if it's on the street, and he pulls a buddy aside for a private conversation?

"I advise that the two individuals take their conversation elsewhere," Raoul said, "where they can have a better expectation of privacy." 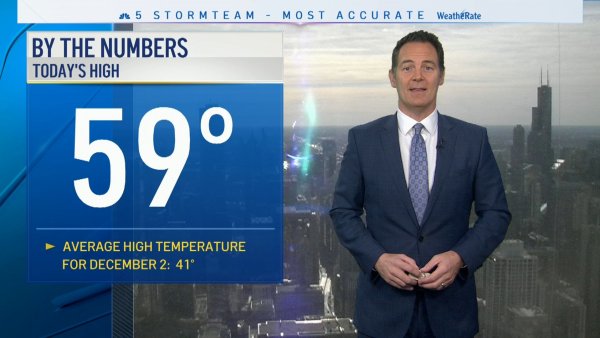 Chicago Forecast: Enjoy it While it Lasts

The focus on "private" conversations, lawmakers believe, solves the problem the state Supreme Court was addressing last spring when it declared Illinois' eavesdropping law unconstitutional. The old law made it illegal in Illinois to record any conversation without the consent of all parties. Illinois is one of only a dozen states to require such "two-party" consent.

But the ubiquity of smartphones and other digital devices took that to the absurd. Under current state law, someone could be prosecuted for recording a campaigning politician or posting a cheering crowd on social media.

So the initiative sponsored by Raoul and Rep. Elaine Nekritz, a Northbrook Democrat, attempts to protect people from surreptitious and improper recording of their conversations without infringing on the rights of others to disseminate what others say.

"The most important thing the bill does is to restore Illinois to a standard that requires everyone in a private conversation to consent to a recording," Nekritz said. "We satisfy the Supreme Court requirement by limiting that to conversations where there is a reasonable expectation of privacy."

The law would take effect immediately upon being signed by Gov. Pat Quinn. His office would not say last week whether he will approve it.

The measure is not without critics, both from the political left, opposing a provision that expands police authority to overhear conversations, and from the right, which objects to a missed opportunity to address how police may use body cameras, particularly in the wake of violent police-citizen interactions such as some that occurred in Ferguson, Missouri, where an officer shot and killed 18-year-old Michael Brown in August.

The American Civil Liberties Union praised the legislation for restoring private-conversation protections and for making it legal to record police officers while on duty — a point of contention that helped fuel the eavesdrop debate during the May 2012 NATO summit in Chicago, which drew throngs of protesters.

But it objected to an expansion of the kinds of investigations in which police may eavesdrop without a warrant — at least initially. The bill allows police — with only permission from the state's attorney — to surreptitiously record conversations for 24 hours when investigating such serious crimes as murder, the most heinous sexual assaults, kidnapping, human trafficking and others.

That, ACLU spokesman Ed Yohnka said, is "the kind of unchecked police authority that we've always resisted in this country." When citizens allow such intrusion, it's typically been only after approval by an impartial judge.

Nekritz acknowledged the eligible-crime expansion was a trade-off for eavesdropping protections, but prosecutors regard it similarly — they'd prefer so-called "one-party" overhear consent, like in federal law and 38 states.

"The best evidence of the crime itself ... is that recording," said Matt Jones, associate director of the State's Attorneys' Appellate Prosecutor. "... The defendants may have to defend what their actual words are, but they don't have to defend against what a cop writes in his report."