A new water pump installed Wednesday in Dixmoor can give residents “peace of mind” that the village will be able to maintain water service in the event one of the village’s two turbines breaks, according to Village President Fitzgerald Roberts.

Roberts told NBC 5 the village’s water pressure has improved since both of the village’s turbines broke in October, but it is not at 100 percent.

One of the pumps was repaired and the other had to be replaced.

"Getting the second turbine replaced has been a high priority," Roberts said.

Roberts said the new turbine is just the start of the village’s planned renovation of its existing 100-year-old-plus water system.

But the village said it must secure an estimated $20 million for the overhaul. 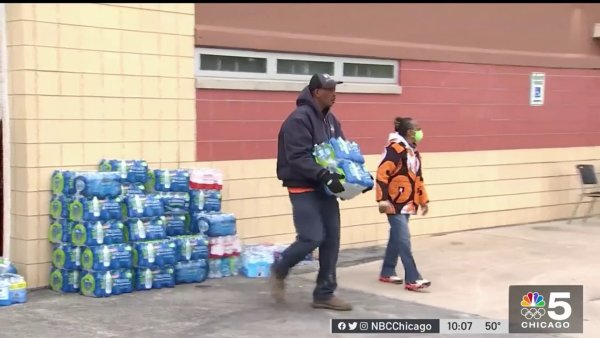 "The infrastructure is bad and we need to get all of it replaced as soon as possible," Roberts said.

According to the village, the identified improvements include: the construction of a permanent interconnection; installation of new water mains, hydrants and valves and abandonment of old and inaccessible mains under I-57; development of a hydraulic study of the overall distribution system; making necessary repairs and upgrades to the existing pump station and ground reservoir; and construction of additional storage, including a second ground reservoir and an elevated tank.

But Mossuto said the installation of the new water turbine and the village's plan to address its water system is a step in the right direction.

"It could have happened years ago, but at least they’re moving forward so that tells me somebody’s trying somewhere along the line to rectify what’s going on," Mossuto said.