According to a letter from District Superintendent Lisa Small, there are "three learning scenarios that may occur at any point during the school year"

Township High School District 211, one of the largest school districts in Illinois, has announced three possible scenarios as they prepare for the first day of school next month.

The district, which includes Conant, Fremd, Hoffman Estates, Palatine and Schaumburg high schools, is set to start the 2020-21 school year on Aug. 13.

According to a letter from District Superintendent Lisa Small, there are "three learning scenarios that may occur at any point during the school year."

Which scenario the school uses depends on "the health status of our region," Small wrote.

The options for the district include:

According to Small, the current status in Illinois would indicate the school will be in a "hybrid scenario," but with five weeks until the start of the new school year, things could change. The district said it will likely not implement a full return to classrooms come August.

Under the plans, both the remote scenario and hybrid scenario will include an "A-Day/B-Day rotation" that would allow a student to participate in four classes a day in an every-other-day pattern.

The remote scenario would mean students will learn from home every school day for four, one-hour class periods and a 15-minute break between periods.

The hybrid scenario will follow the same schedule as the remote, but a student will be physically in class one week and then remote the next.

Bus runs will take students to school for their in-person weeks, but parents can also choose to keep their child home.

"There is a distinct possibility that no matter which scenario we begin the year with, we may shift back and forth between the scenarios depending on the health status of our region," Small wrote. "The identical bell schedule and every-other-day commonality between the Remote Scenario and Hybrid Scenario allows a school to shift from one scenario to the other and back again without a major mindset shift needed from students or staff in terms of the length of a class each day, how the courses are approached and the time of day commitment."

It remains unclear if athletics and other activities will be available in-person for students. The district said that decision will depend on state guidelines.

No matter which plan the school chooses to use, the district said it will follow state guidelines for phase four, which include wearing face coverings, limiting gatherings to 50 people in a single space and requiring social distancing. There will also be a temperature check requirement and increased school cleaning.

The plans announced Friday are still being developed, Small said, noting that further communication is expected on July 17. Students will be given a schedule for their first two weeks of school on July 22 "with an understanding that in three weeks, changes can occur within our region."

Also on Friday, the Archdiocese of Chicago announced its plan to reopen schools in the fall, allowing students to return to classrooms for in-person instruction.

The plan includes measures like mandatory face masks for students over the age of 2, student "cohorts," temperature checks and the option to continue online learning.

“We live in extraordinary times and it is our intent to reopen our school buildings safely to all families this fall,” Dr. Jim Rigg, superintendent of the Archdiocese of Chicago Catholic Schools, said in a statement. “Such a reopening has required careful and diligent planning on the part of our school employees, along with consultation from medical professionals, state and local officials, educators, parents, and others. We believe that in-person instruction is the best way to benefit our students and are committed to providing that instruction in a safe manner.” 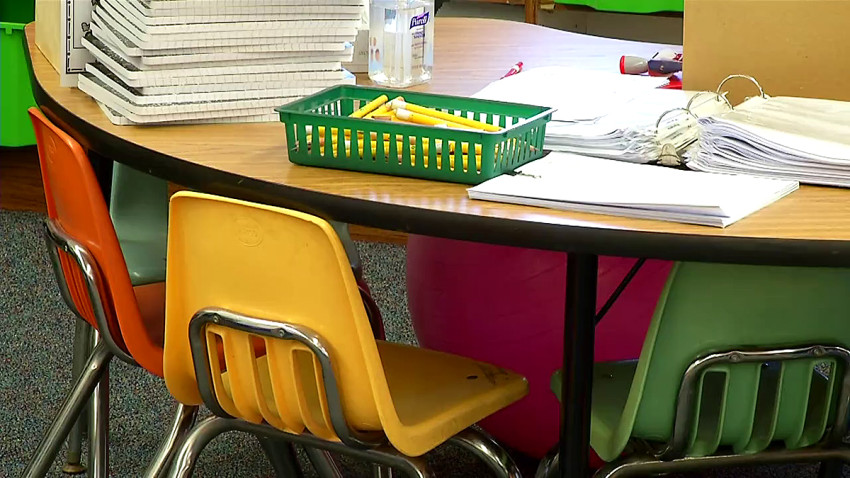 The announcements come as school districts across the country debate how to safely reopen, if they reopen at all.

Those guidelines, which were released as part of Phase Four of the “Restore Illinois” program amid the ongoing coronavirus pandemic, specify that each district will be required to come up with their own rules for the return to class.

Under the guidelines, students will be limited to gatherings of fewer than 50 individuals, and all students age 5 or older will be required to wear facial coverings. Extra sanitation procedures will be put in place, and if the state sees a surge in new coronavirus cases, in-person learning may be suspended and replaced with virtual learning, as it was earlier this year.

President Donald Trump said he remains determined to reopen America’s schools, threatening on Wednesday to hold back federal money if school districts don't bring their students back in the fall. He complained that his own public health officials’ safety guidelines are impractical and too expensive.