“It’s been a litany of one cut after another,” CTU Vice President Jesse Sharkey said. 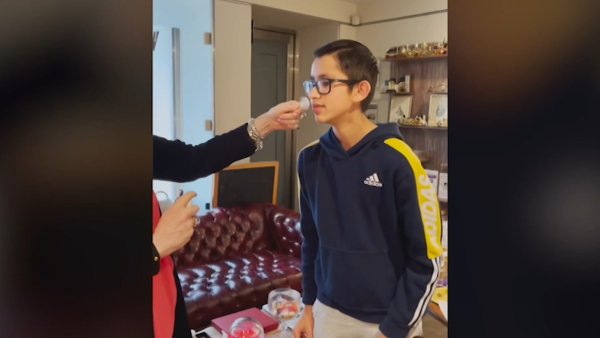 The Power of Perfume: Helping COVID Patients Regain Their Sense of Smell

“The CTU leadership could not be more counterproductive at a time when our students desperately need equal funding from the state,” CPS spokeswoman Emily Bittner said in a statement. “Instead of holding Governor Rauner accountable for his abject failure to fully and equitably fund education, the CTU leadership is trying to triple tax Chicago taxpayers.”

"Since the General Assembly has come so far in advancing education funding reform, now is not the time for the CTU leadership to let Governor Rauner off the hook,” Bittner added.

In the piece, Rauner said he pushed an education funding bill to fully fund schools and blamed Democrats for not enacting it before the end of the spring legislative session last month.

Rauner also pushed his education stopgap in the article, claiming it would increase the state’s school funding by $240 million. Again, the governor blamed Democrats for not enacting the legislation.

“Democrats want to force suburban and downstate taxpayers to bailout CPS from years of financial mismanagement and declining student enrollment - to the tune of hundreds of millions of dollars,” Rauner said in the editorial.

Rauner noted that CPS was receiving less money through the state’s school funding formula because enrollment has dropped. Nevertheless, he also called for changes to the formula, but claimed there was not a consensus on the matter within the General Assembly.

Rauner claimed some Democrats were holding up school funding in order to force a change in the formula.

“To hold districts hostage in an attempt to sneak in a new school funding formula that will disproportionately send more money to CPS will not solve our inequitable funding formula for the long term,” Rauner added.

On Wednesday, CPS announced a plan to file an unfair labor practice charge against the union on behalf of the teachers who didn’t participate in the April 1 strike.

CPS holds that the strike was illegal and that teachers shouldn’t be expelled from the union for reporting to work.

“Teachers came to work on April 1 because their calling is educating their students,” CPS CEO Forrest Claypool said in a statement. “These dedicated professionals should not be expelled for exercising their right to refuse participation in an illegal strike - especially when they came to school to put their students first.”

The unfair labor practice charge is based on the right of education personnel to refuse to engage in an illegal strike, under the Illinois Educational Labor Relations Act.

Thousands of teachers demonstrated for the one-day strike in April against inaction in the city and Springfield, as well as the fallout from the state’s lingering budget impasse.

“April 1 was about long-term progressive revenue for our schools,” CTU spokeswoman Stephanie Gadlin said in a statement. “Educators chose to strike to illustrate the lack of political will in city hall, the Illinois General Assembly and the governor’s mansion to stand up for 300,000-plus school children.”