Here's what experts are saying

When will the COVID vaccine be available for kids? The U.S. Food and Drug Administration is expected to authorize emergency use of Pfizer's COVID-19 vaccine for children ages 12 to 15 potentially by next week.

So what can parents expect and what is known so far about the COVID vaccines and children? Here's what experts are saying:

When Could Kids 12 to 15 Get the COVID Vaccine?

A federal official, speaking on the condition of anonymity to preview the FDA's action, told the Associated Press the agency was expected to expand its emergency use authorization for Pfizer's two-dose vaccine by early next week. The person familiar with the process confirmed the timeline and added that it is expected that the FDA will approve Pfizer’s use by even younger children sometime this fall.

The FDA action will be followed by a meeting of the Centers for Disease Control and Prevention's federal vaccine advisory committee, the Advisory Committee on Immunization Practices (known as ACIP), to discuss whether to recommend the shot for 12- to 15-year-olds.

The ACIP has already set an emergency meeting to discuss and vote on the FDA's authorization, scheduled for Wednesday. The committee will meet virtually beginning at 10 a.m. CT, with a vote scheduled to take place after discussion beginning at 1:45 p.m., per an agenda posted on the CDC's website.

Those steps could be completed in a matter of days, and shots could begin after CDC adopts the committee’s recommendation.

Pfizer isn’t the only company seeking to lower the age limit for its vaccine. Results also are expected by the middle of this year from a U.S. study of Moderna’s vaccine in 12-to -17-year-olds. Pfizer is currently authorized for use on people ages 16 and up, while Moderna is authorized for people 18 and older.

What about younger kids? According to experts, those under 12 likely won't be able to receive the COVID vaccine until later this year or early next year.

Is the Vaccine Safe for Children?

While many eagerly await a consensus from the FDA and the CDC, some health experts say data so far indicates the vaccine is safe for younger age groups.

"It is safe," Dr. Markeita Moore, a pediatrician with Advocate Children’s Hospital, said during a Facebook Live Wednesday. "Yes, we highly recommend it - us and the [American Academy of Pediatrics]."

How Effective is the Vaccine for Younger Groups?

The authorization announcement is set to come a month after Pfizer said its shot, which is the only COVID vaccine authorized in the U.S. for those age 16 and older, also provided protection for the younger population.

"Now what's important to note is that ... there have been clinical trials that have been going on for 12- to 15-year-olds, so this has been studied in this age group," Dr. Candice Robinson, medical director for the Chicago Department of Public Health, said Tuesday. "The same way it was studied in the adults before it was authorized for use in adults, it's also been studied in our 12- to 15-year-olds as well. And what they found [is] it works for most studies. The high level overviews work very well, been very protective in that age group, and they found no serious safety or concerns about that, and so we'll get more of that data as the FDA ... makes that decision."

Do Kids Need the Vaccine When They Haven't Been Affected by the Virus as Much as Adults?

According to doctors at Advocate Children's Hospital, the answer is yes.

"We've had kids hospitalized since the beginning of the pandemic, some who have been quite ill," Moore said. "We also in June of this past year, started to see the inflammatory syndrome that we've mentioned before... and those kids can be very sick down to very young ages, down to toddler ages."

"Actually, in that 12 to 18 age range, there's about a 20% transmissibility," he said. "So even if they don't get, you know, really sick from the virus they can spread it to family members or to other vulnerable folks in their community."

Do Children Experience the Same Side Effects?

Kids had side effects similar to young adults, Pfizer said. The main side effects are pain, fever, chills and fatigue, particularly after the second dose. The study will continue to track participants for two years for more information about long-term protection and safety.

Robinson also noted that sore arms and similar common side effects associated with the vaccine were most common for younger populations receiving the vaccine, but said no concerns have so far been raised, though additional data is expected to be released.

"I think the side effect profiles for kids are probably some of the same things we see, you know, with vaccines with adults," she said. "The sore arms and things like that are kind of the most common side effects after vaccination and things that kids see after their vaccination with their routine vaccinations, as well, but no serious safety concerns have been identified with the use of Pfizer in this age group at this time."

Moore echoed that claim, saying side effects for the younger group will likely be similar to 16- to 25-year-olds.

"They will have the same type of side effects as the 16 through the 25 group, which is injection site pain, which is fatigue, which is headaches," he said. "So those are the most common ones... It's not permanent, it is transient for about 24 to 48 hours."

Chicago's top doctor also said preliminary information did not indicate younger groups saw more or less side effects than others.

"From the preliminary information that I've seen, they were not seeing higher side effects in kids, and they were seeing very, very good levels of protection when they look for antibodies in the blood. [It's] actually been a little better than what they'd seen in the young adults," CDPH Commissioner Dr. Allison Arwady said.

What is the Guidance for Parents Should the Vaccine be Recommended by Federal Officials?

"The recommendation for parents [is] the same as they get for vaccinations themselves," Robinson said. "You really want to get your kid vaccinated to make sure that they are covered and protected [to] get that most protection from that vaccine against COVID. So the recommendation will be ... the same if the FDA authorizes it."

Arwady also noted that, assuming both the FDA and CDC recommend use of the vaccine in such populations, earlier vaccinations will be beneficial for some.

"Don't wait until, you know, just prior to school," she said. "We know kids are wanting to do sports this summer and go to camp and be with friends, and we still have a lot of COVID around... When I think about being able to have kids over 12 vaccinated, we know older kids, you know, are more likely to spread COVID than the youngest kids. And so [I'm] really excited about the possibility of having a vaccine."

Is the Vaccine Safe for Kids With Seasonal and Peanut Allergies?

According to the doctors at Advocate Children's Hospital, the answer is yes.

Where Will You Be Able to Get the Vaccine for Kids Ages 12-15 If It is Approved?

At Northwestern Children’s Practice in Chicago’s Gold Coast neighborhood, pediatricians have the Pfizer vaccine ready to go in the specialized freezer it requires. Parents can schedule the shots for kids in the approved age group once the FDA and the CDC give the okay.

But the subzero storage may be a challenge for some pediatricians to offer it in-office.

“I think a lot of parents probably would feel more comfortable getting in their pediatrician's office, but whether you get it at the pediatrician or the pharmacy or health department, I think the shot is the shot at that point,” Dr. Scott Goldstein, a pediatrician at Northwestern Children’s Practice said.

A spokesperson for Cook County Health said administrators at its five locations offering the Pfizer vaccine will welcome children, accompanied by a parent, once the FDA and CDC give the green light. Parents can make appointments and walk-ins will also be welcome.

Chris Hoff, the Director for Community Health Resources in DuPage County, said children ages 12-15, accompanied by a parent, will be accepted at the community vaccination site at the DuPage County Fairgrounds.

“The goal will be to make sure the vaccine is widely available to a group that really should be prioritized for vaccine, especially as we look to school in the fall and reduction in transmission all over the community,” Hoff said.

In a statement, Hannah Goering, spokesperson for the Lake County Health Department, wrote, “We are still working through the details on logistics and are eagerly awaiting this authorization. In addition to offering appointments (with a parent or legal guardian present) at our mass vaccination sites, we are working with area pediatricians and family medicine doctors to help get them set up to offer COVID-19 to their child patients and their families and have over 100 healthcare providers lined up so far.”

Ann & Robert H. Lurie Children’s Hospital is now scheduling appointments for ages 16 and up, and will offer appointments to age 12 to 15 once the approval happens.

A spokesperson for Advocate Children’s Hospital said the hospital "will be ready immediately to begin scheduling adolescents 12-15."

"We are currently already doing ages 16-18," the spokesperson said. "Will not have to be Advocate Aurora patients—we will immunize anyone in that age group. We cannot schedule until approval, but parents will be able to go to www.aah.org to schedule, once approved.”

What Can You Do If Your Children Aren't Old Enough to Get Vaccinated?

"Both Pfizer and Moderna currently have studies that are ongoing for vaccine down to six months so maybe into next year we may actually see vaccine for our people less than 12 years of age, so stay tuned for that and keep looking out," Robinson said. "But in the meantime, you know, there will still be some protective things that you will need, the children will need to continue to do because they can't get vaccinated. So still make sure they're washing their hands, wearing their masks, social distancing in the appropriate settings and following the CDC guidance for persons who are unvaccinated."

Chicago's top doctor also said that vaccinating those who are eligible around the children can also keep them protected.

"If you can get all the adults vaccinated around the kids risk really goes down a lot, " Arwady said. "And then assuming teenagers coming here too - I don't know if you've got an older brother or cousin, etc. - but like, you know, the best way to be protected is to be surrounded by a lot of people who are vaccinated themselves. And then as our case numbers go down here, right, like the risk will go lower and lower and lower."

Will There Be Exceptions for Younger Children With Certain Conditions?

According to experts, the answer is likely no.

"No exceptions," Moore said. "We have to go with the [emergency use authorization] usage." 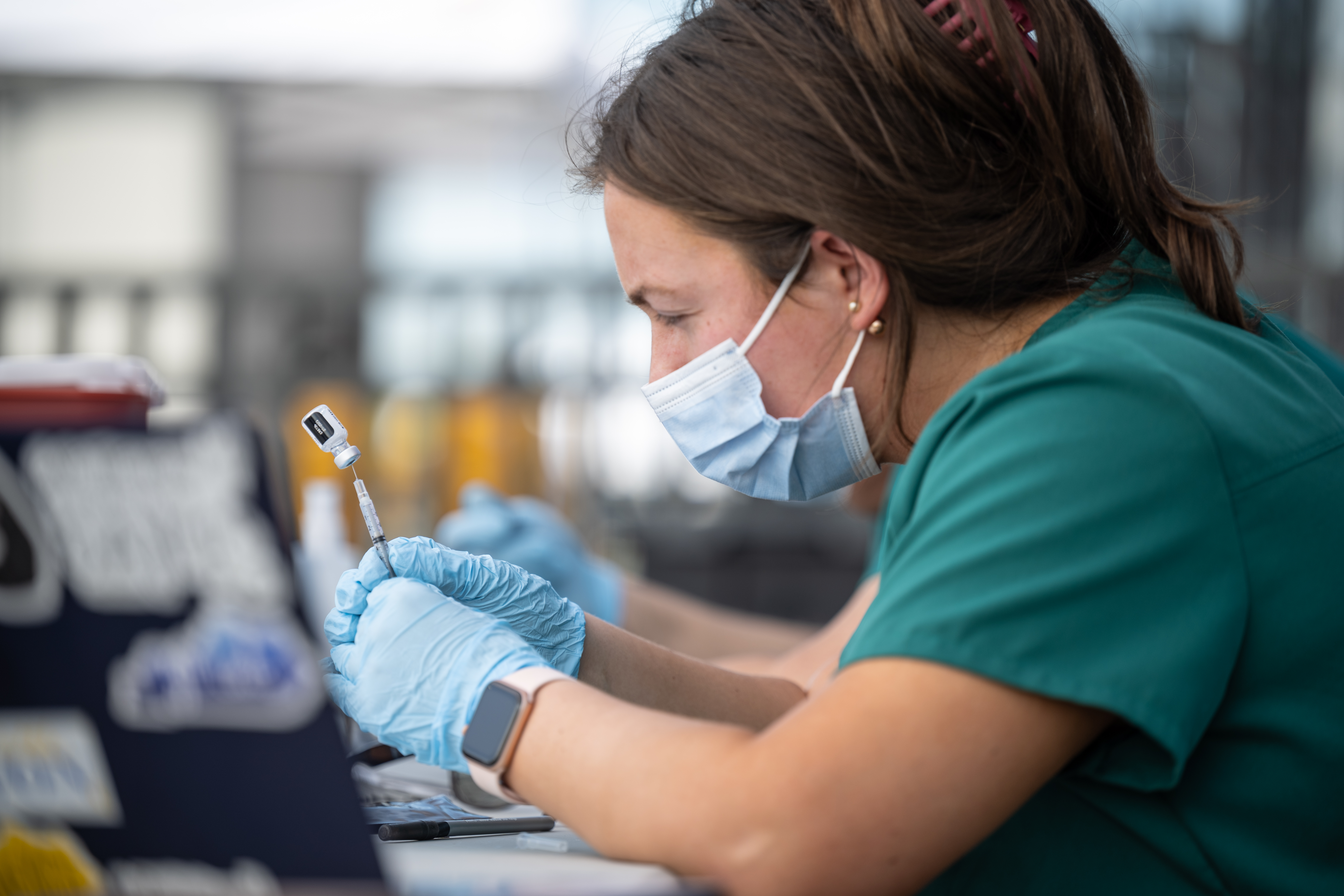 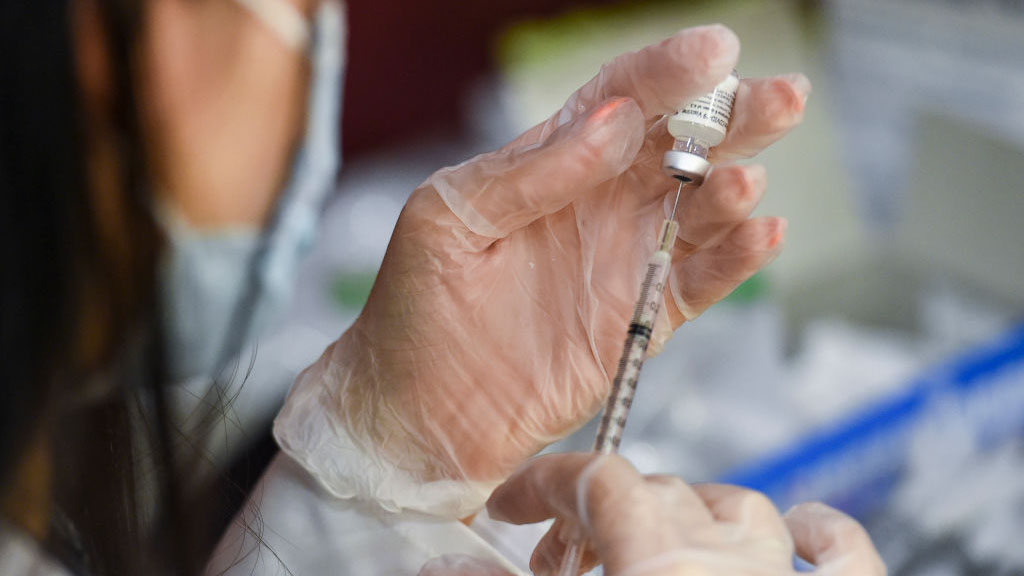 Pfizer vs. Moderna Vaccines: Does One Have More Side Effects Than the Other?