The Cook County Medical Examiner's office is conducting a review of deaths dating back to November of last year to see if any previously recorded deaths may have been related to the coronavirus before health officials publicly identified widespread community transmission.

The review will include a look back at cases of people who died in their homes or were found on the street, or other instances in which the person's death fell under the jurisdiction of the county, Cook County spokeswoman Natalia Derevyanny said Thursday. It will not include people who died in hospitals, she said, because doctors sign the death certificates of patients who die while hospitalized and the county is not notified.

County officials say the review will specifically look at people who died of pneumonia to see if the case was viral, and heart attacks to check for signs of thrombosis, or blood clots - both of which have been found in people with COVID-19.

"The Cook County Medical Examiner’s Office is conducting this review because we believe this information is important in understanding the true impact COVID-19 has had on our community from an epidemiological and public health standpoint and also to help us fully understand how this virus has spread," Derevyanny said in a statement.

Derevyanny said roughly 40,000 people die each year in Cook County, with around 6,000 of those cases ending up under the medical examiner's jurisdiction.

"We're already close to 5,000 cases for the year," she said. "We already have exponentially so many more cases. By the end of May, within five months, we're going to have as many deaths as we normally have in a year."

Derevyanny said county officials did not have a concrete number of cases they planned to examine, or an estimate of how many may be reclassified as coronavirus-related, though a better picture of the review may emerge within the next week.

Cook County officials did not receive a directive from the state to conduct the review, Derevyanny added - though Gov. J.B. Pritzker said last week that he believes such a review would likely be necessary around the state.

Data from the Centers for Disease Control and Prevention released on April 28 suggested that between March 8 and April 11, there were an additional 700 deaths above average in Illinois that were not attributed to COVID-19.

When asked about the CDC's findings, Pritzker said in his daily briefing the following day that he agreed it could be possible people in Illinois were contracting and dying from the coronavirus well before the outbreak was widely documented, and that the spike may have been previously unreported coronavirus fatalities that health officials would need to re-examine at some point. 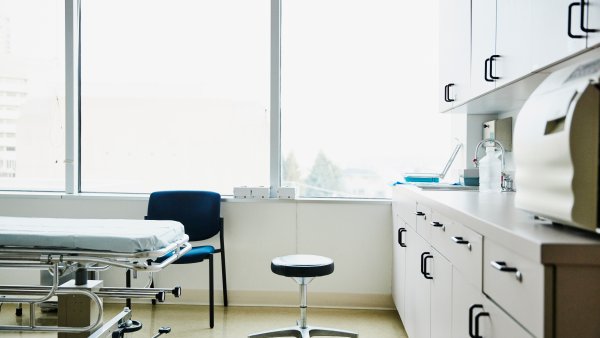 When Will Hospitals and Doctors' Offices Be Open For Normal Business Again? Here's What Health Experts Think

An autopsy report released last month revealed that tissue samples from two people who died in their homes in Santa Clara County, California, on Feb. 6 and Feb. 17 tested positive for the coronavirus.

Santa Clara County health officials said the deaths were not initially attributed to the coronavirus because the victims died at home at a time when limited testing for the virus was available - a thought Pritzker echoed last week.

Pritzker's comments came days after Illinois Department of Public Health Director Dr. Ngozi Ezike expressed a similar sentiment. Ezike said on April 24 that it was "very likely" that cases of coronavirus were present in Illinois before the state's first diagnosis, adding that officials would update records to include any deaths later categorized as those caused by COVID-19.

"When our first case was identified, it was the second case in the U.S. Of course, it begs the question," Ezike said during Pritzker's daily briefing. "That individual was not on a flight that came in after any travel restrictions and screenings were in place. So for sure, if we think that this virus originated in Wuhan and people were traveling to the U.S., it is possible, very likely that cases, individuals who had this, had come before our first diagnosed cases."