Swine Flu is Here, But Calm Down

Three cases of swine flu have been confirmed in the Chicago area, the Illinois Department of Health announced Friday.

And while doctors throughout the area agree that while it's wise to take reasonable precautions, there is no reason to overreact.  In fact, health officials say the H1N1 virus we're seeing now lacks the genetic traits found in killer outbreaks like the one in 1918.

President Barack Obama said his advisors have told him that the swine flu can run its course like an ordinary flu, and Illinois health officials are discouraging unnecessary tests for people with mild symptoms.

Still, it's clear there is concern.  At St. Mary's Hospital on Friday, contamination tents were setup to segreate those with flu-like symptoms from other people in the emergency room, and Children's Hospital staff said their ER has been so crowded that they've had to expand the waiting room to Urgent Care.

On average, that emergency room sees about 180 patients per day, but that number has skyrocketed:  392 patients on Wedneday and 369 on Thursday.

Doctors reiterated the mantra:  do not go to the ER unless you're having a medical emergency.  It slows down and reduces the level of care for everyone.

The three confirmed cases are the first verified H1N1 infections in the area, despite another 51 probable cases.  And Northwestern University researchers say their computer model's predictions on the spread of the flu are holding steady, even as new information is added.

Two confirmed swine flu cases are in Chicago, and one is in DuPage County.  A total of three cases have also been confirmed in Indiana.

According to Associate Professor Dirk Brockmann, who leads the Northwestern research group, the model predicts the Chicago area will have between 120 and 216 cases of swine flu one month from now, and it's predicting the entire United States will have between 1,600 and 2,000 cases by then.  Graduate students continually update the model with new flu cases.

The model uses travel patterns, how the flu is transmitted and recovery rates to come up with worst-case scenarios.

Brockmann said governments one day could use the model to better distribute medicines during epidemics.

With concerns of swine flu on the rise, the annual May Day march and rally downtown is still going on, but with far fewer participants than in years past.  Organizers mostly blame the swine flu scare, but said the hope for change from Obama and fear of leaving work in this economy are other reasons. Organizers also claim the city urged them to cancel. 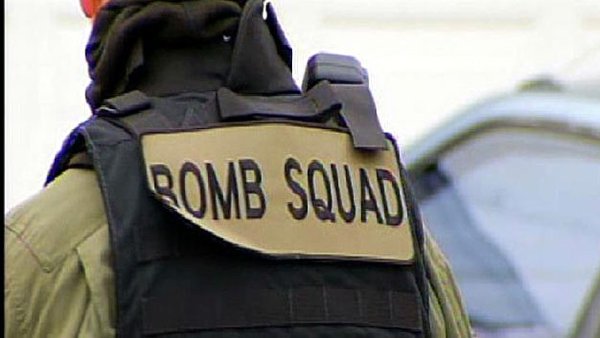 The swine flu virus that has frightened the world is beginning to look a little less ominous. New York City officials reported Friday that the swine flu still has not spread beyond a few schools. In Mexico, very few relatives of flu victims seem to have caught the virus.

And one flu expert says there's no reason to believe the new virus is a more serious strain than seasonal flu.

It's too soon to draw any definitive conclusions about what this variation of the H1N1 virus will do. But a federal health official said the new flu virus doesn't appear to have genes that made the 1918 pandemic flu strain so deadly.

A swine flu hotline begins operation Saturday and be open daily as needed from 6 a.m. to 10 p.m. It will be staffed by Illinois Emergency Management Agency volunteers.

Agency director Andrew Velasquez III says hotline staff will be able to answer basic questions and connect people with other sources of information.