Record-breaking wind chills could put the city into a deep freeze next week, and the city is already preparing for what could be the worst cold snap of the season.

Over the next seven days, Chicago officials say that they will coordinate a massive effort between city departments to help ensure that residents are safe.

After a sunny start to Sunday, snow will move into the area in the overnight hours, and some areas north of Chicago could see up to eight inches of snow. Areas south of the city are expected to see mixed precipitation as the storm moves through the area. 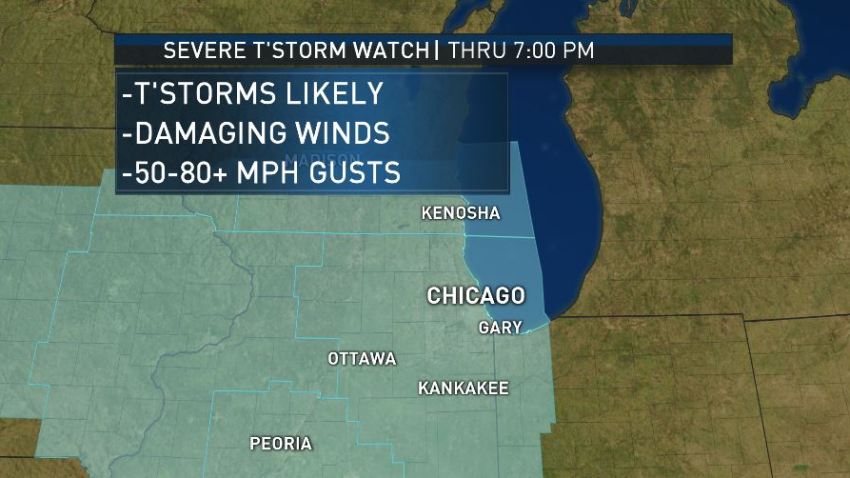 After that storm moves out, cold air will plunge southward, covering the area in bitterly cold air. Wind chills could reach anywhere from 35 to 50 below zero on Wednesday, and the air temperature is not expected to climb into single digits on Wednesday or Thursday.

According to doctors and meteorologists alike, next week’s wind chills could be dangerous, or even life-threatening, and residents and tourists are being asked to avoid any prolonged exposure to the harsh elements.

Dr. Kaminska says that residents should take extra steps to protect their skin in the cold weather, including putting on extra layers and wearing moisturizing creams to help keep a walk to their car or to the store from putting them in the hospital.

“(It provides) a barrier on the body,” Dr. Kaminska says. “Don’t just put it on your hands, because you can get frostbite anywhere on your body.”

City officials say they will do everything they can to keep residents safe, with snow plows and other crews on duty to deal with the coming deep freeze.

“We’re going to start off with a phase three event, which means that 100 percent of our team will be out, so that when the snow does stop, we can go through residential streets as fast as we can,” Department of Streets and Sanitation Commissioner John Tully said.

Over 200 salt spreaders and plows will hit the streets beginning on Sunday to deal with the snowfall, which could dump anywhere from three to six inches of snow on the area.

The City’s Department of Buildings is also active, addressing complaints against landlords who are accused of not providing adequate heat for their tenants.

Nearly 200 complaints have already been registered since the start of the cold season.

“During extreme cold weather, the building department’s first priority is responding to heat complaints, and we reassign inspectors to handle it,” Department of Buildings Commissioner Judy Frydland said.

Chicago’s heat ordinance mandates that landlords must keep indoor temperatures at 68 degrees during the day, and at 66 degrees at night.

Residents are advised to call 311 if they need any assistance, and are also advised to take precautions, including leaving faucets dripping and opening cabinets to allow heat to circulate in homes.