“Hostile” border agents confiscated the life savings of a 64-year-old Ohio man traveling to his home country of Albania to fix up a family house, according to a lawsuit filed by the nonprofit law firm representing the family.

Rustem Kazazi was traveling with his wife, Lejla, to Albania from Cleveland Hopkins International Airport to clean up a family home and possibly purchase a vacation home on the coast, according to the Institute for Justice.

“Rustem also has extended family in Albania who are struggling financially, and he wanted to help them,” the nonprofit said.

U.S. Customs and Border Protection took Kazazi into a small interrogation room, stripped him naked for a full-body search, interrogated him without a translator, and then seized his family’s life savings of $58,100 without charging anyone with a crime, according to the Institute for Justice.

A spokesperson for CBP said the organization does not comment on pending litigation.

“And once again, an American family finds itself in a civil forfeiture battle with law enforcement over whether people have the right to travel with cash,” the Institute for Justice said.

Kazazi, his, and the couple’s son, Erald, and daughter immigrated to the United States in 2005 and became American citizens in 2010, according to the Institute for Justice. The nonprofit said Kazazi packed the family’s savings in three envelopes in his carry-on luggage and passed through security at Cleveland Hopkins International Airport, heading to a layover at Newark Liberty International Airport in New Jersey, before ultimately flying to Albania. But CBP agents stopped him in Cleveland and took the family’s entire life savings, they allege. 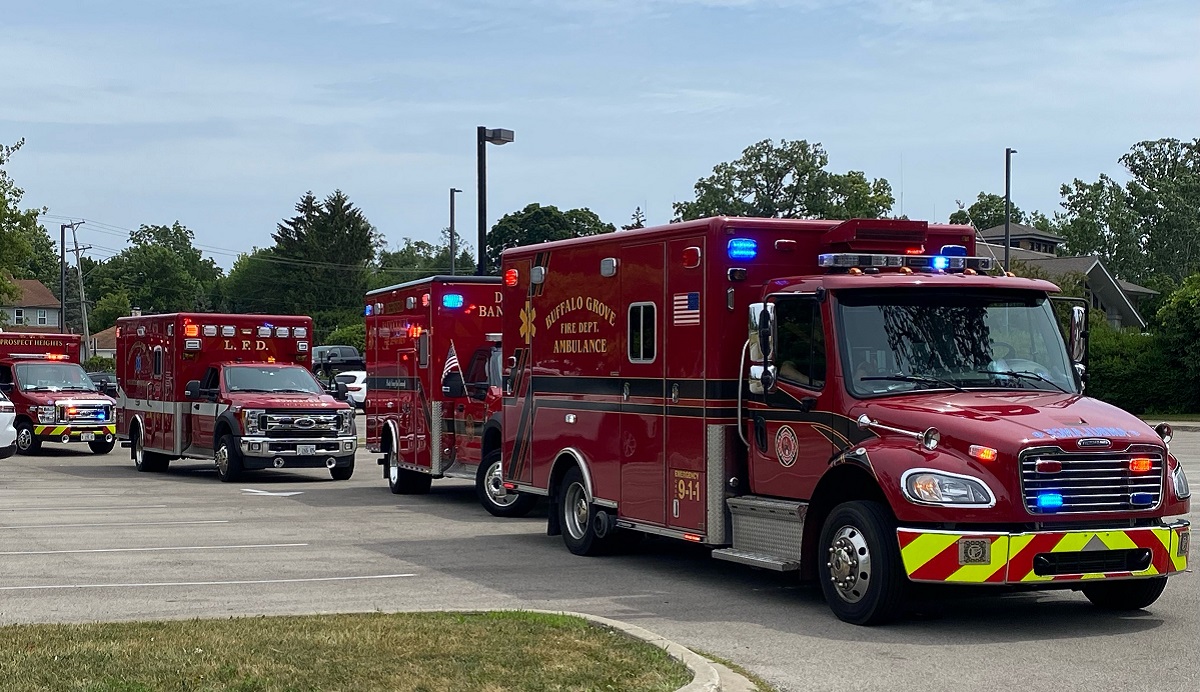 Chicago Radar: How to Track Fourth of July Showers, Storms

“You have the right to travel with cash in America, even when you’re flying internationally,” said Wesley Hottot, an attorney with the Institute for Justice, said. “But again, we’re encountering a situation where law enforcement sees somebody with legal cash, assumes they must have done something criminal, and they just take the money. It is disturbing how little respect federal agents show for the civil rights of American citizens.”

CBP claimed the money was “involved in a smuggling/drug trafficking/money laundering operation,” according to the Institute for Justice. The family has the tax documents to prove otherwise, the nonprofit argues.

“Moreover, the government has never pointed to any evidence of wrongdoing,” the institute said. “Rustem decided to carry the money in cash because American dollars are highly valued in Albania and offer more purchasing power than the local currency.”

The nonprofit also said the CBP letter claimed $57,330 was seized--$770 less than they Kazazi was actually carrying.

“But rather than honor its legal obligations, CBP continues to hold the Kazazis’ money more than seven months after the seizure without any explanation,” the Justice Institute said.

“The government harassed my father, stole my family’s money and is now apparently hoping we’ll just forget about it,” said Erald Kazazi. “We’re American citizens, and we came to this country because we believe America is the land of freedom and opportunity. We never imagined the government would treat its own citizens this way.”