Calls have been made in Chicago and numerous other cities nationwide for monuments depicting controversial figures, such as Columbus, to be taken down

Chicago's two Christopher Columbus statues were taken down early Friday morning, nearly one week after protests erupted in the city.

Crews were seen taking down the statues in Grant Park and the city's Little Italy neighborhood during the overnight hours. By 6 a.m., only the pedestal remained in Grant Park, where the statue stood since 1933 after being dedicated during Chicago's second World Fair.

"The city of Chicago—at Mayor Lightfoot’s direction—has temporarily removed the Christopher Columbus statues in Grant Park and Arrigo Park until further notice," the mayor's office said in a statement. "This action was taken after consultation with various stakeholders. It comes in response to demonstrations that became unsafe for both protesters and police, as well as efforts by individuals to independently pull the Grant Park statue down in an extremely dangerous manner. This step is about an effort to protect public safety and to preserve a safe space for an inclusive and democratic public dialogue about our city's symbols. In addition, our public safety resources must be concentrated where they are most needed throughout the city, and particularly in our South and West Side communities."

Reports first surfaced on social media Thursday indicating the statue at Grant Park could be taken down as soon as late Thursday night. 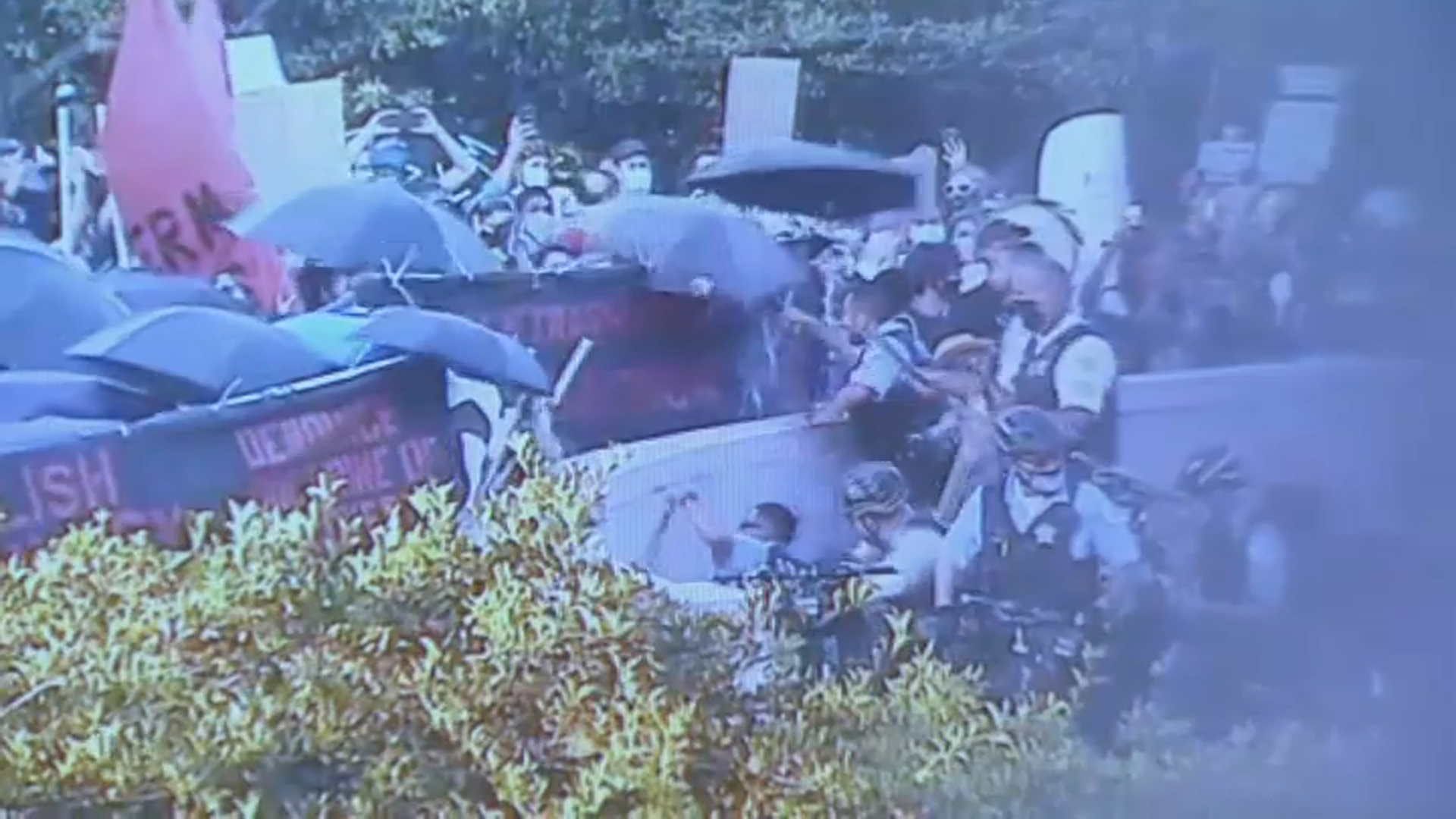 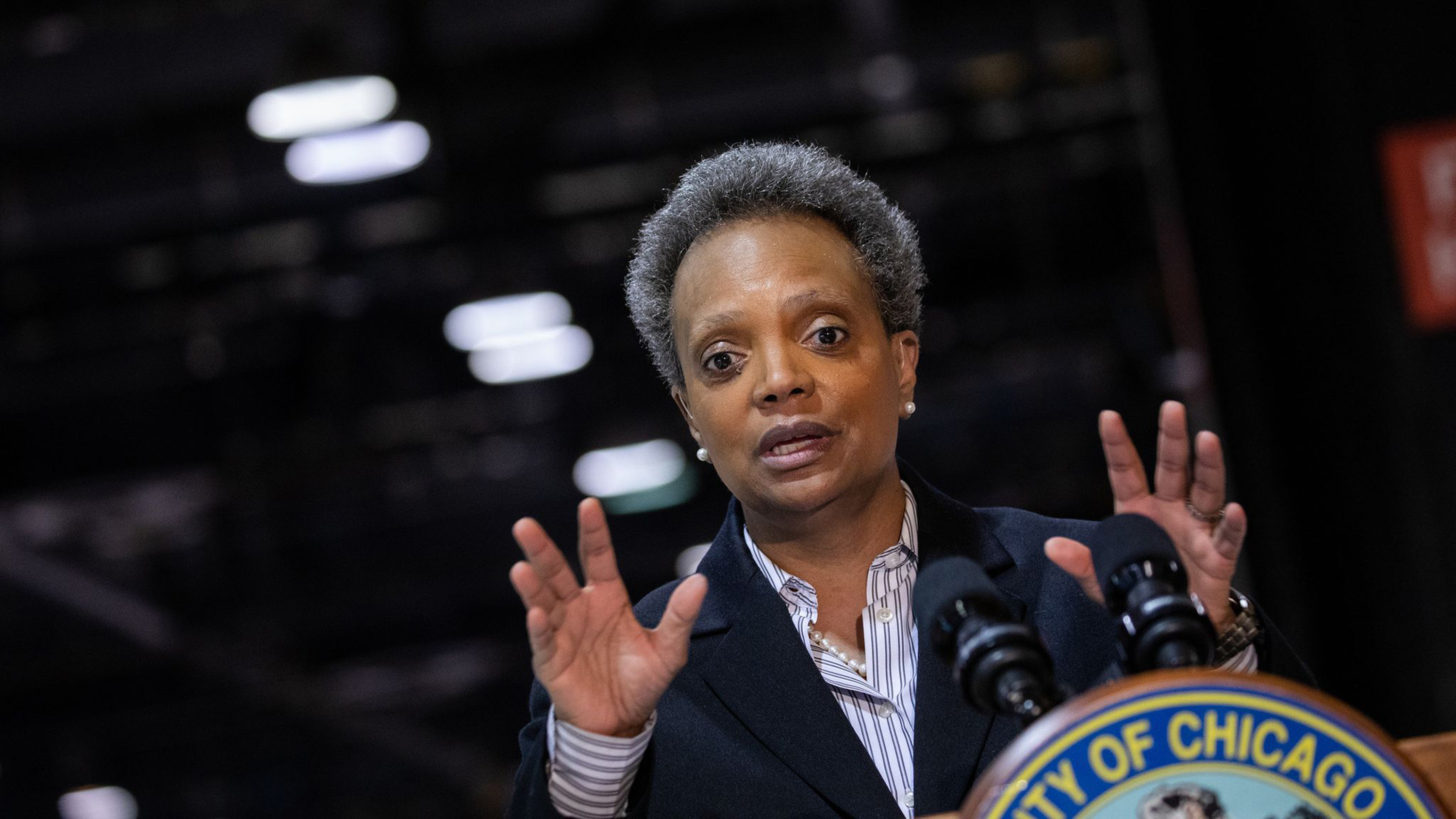 Still, some Italian-Americans in Chicago said they did not support the move.

Giangrande added, however, that the group understands the safety concerns but hoped for a compromise.

"I can guarantee you that Italian Americans are not happy about this," he said.

Mayor Lori Lightfoot said Monday that she would announce a process in which the city will take inventory of the various monuments, paintings "and other things that memorialize" Chicago's past and history.

Lightfoot said last month she didn't believe the statue at Grant Park should be taken down, however.

Last Friday, chaos erupted as clashes broke out during a protest calling for the Grant Park statue's removal. There, 49 Chicago police officers and four demonstrators were injured. More than a dozen individuals were also arrested.

In June, the Grant Park statue of Christopher Columbus was spray-painted with the letters "BLM" for Black Lives Matter. The following day, vandals hit a statue of President George Washington in the city's Washington Park, spray painting the words "slave owner" and "God Bless Amerikkka" on the base and placing a white hood over the monument in reference to the Ku Klux Klan.

The Columbus statues in both Grant Park and the city's Little Italy neighborhood were also vandalized last month.

Statues of Columbus have also been toppled or vandalized in cities such as Miami; Richmond, Virginia; St. Paul, Minnesota; and Boston, where one was decapitated.