Following a violent protest at which 49 Chicago police officers were injured Friday night, the city's police superintendent has ordered all officers to wear riot gear at similar large gatherings.

What started as a peaceful demonstration led to several clashes between police and individuals who were protesting the presence of the Christopher Columbus statue in Grant Park.

Approximately one dozen individuals were arrested, and at least 20 complaints were filed with the city's Civilian Office of Police Accountability, some alleging excessive force, unnecessary use of pepper spray and denial of counsel.

Chicago police released video Monday that appears to show protesters jabbing officers with PVC pipe from a banner and throwing items such as rocks, fireworks and frozen water bottles.

At a news conference, Chicago Police Superintendent David Brown addressed questions about whether officers were prepared for the tense situation.

"They didn't have their protective gear on. I was just upset about that..." Supt. Brown said. "...Because of these mob actions, we must protect our officers." 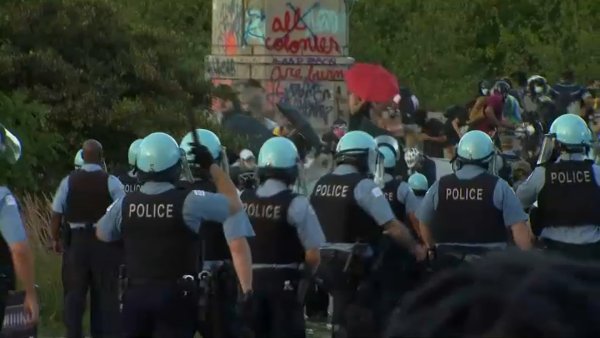 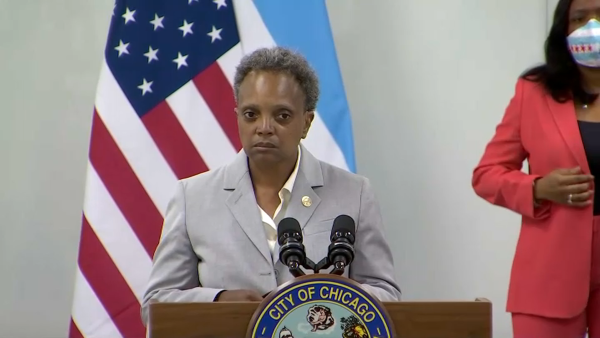 Supt. Brown said while police don't want to assume peaceful protests might turn violent, they must assume some individuals are willing to inflict violence.

"Peaceful demonstrations have been hijacked by organized mobs," he added. "The vast majority of officers have been professional and have exhibited great restraint and have upheld their oath to protect lives, rights and property of our residents."

"...That's not peaceful protest," the mayor stated. "We are actively investigating, and we will bring those people to justice."