Social media posts could be used as proof to give someone a citation if they violated the order, a public health official said

Chicago health officials could check your social media if they believe you may have violated the city's travel order.

The city's top public health official said Tuesday that social media could be used as evidence to help enforce a quarantine requirement for anyone visiting or returning to the city from a list of states seeing a rise in coronavirus cases.

"One of the easiest ways to sort of get enough proof that there was the potential of a violated quarantine order without me having to send out an inspector or do any sort of more aggressive follow up to collect that is to look at social media," Chicago Department of Public Health Commissioner Dr. Allison Arwady said.

Those social media posts could be used as proof to give someone a citation, she added.

"They're in any of the states that violated our order and then a few days later, they're in Chicago, and they're clearly out in Chicago, not just back, but at a restaurant or at the Bean or whatever it may be, and they're posting about that - that's an example of where we could use that as proof to issue citations," Arwady said.

She noted that the city isn't necessarily monitoring the social media accounts of travelers, but will check them if they "identify someone of concern."

"I don't want to like overemphasize that we're somehow Big Brother in monitoring people's social accounts - we're absolutely not doing that," Arwady said. "But where we already have a concern, it's one of the easiest ways to identify people who are not just breaking the travel order but flaunting it publicly."

Last week, the city added four new states to its order - Wisconsin, Missouri, North Dakota and Nebraska - bringing the total number of states the city requires travelers to quarantine from to 22.

On Tuesday, the city's top public health official said three states - Iowa, Kansas and Utah - dropped below the threshold to be on the travel order, and could be removed next week if those numbers continue to decline. 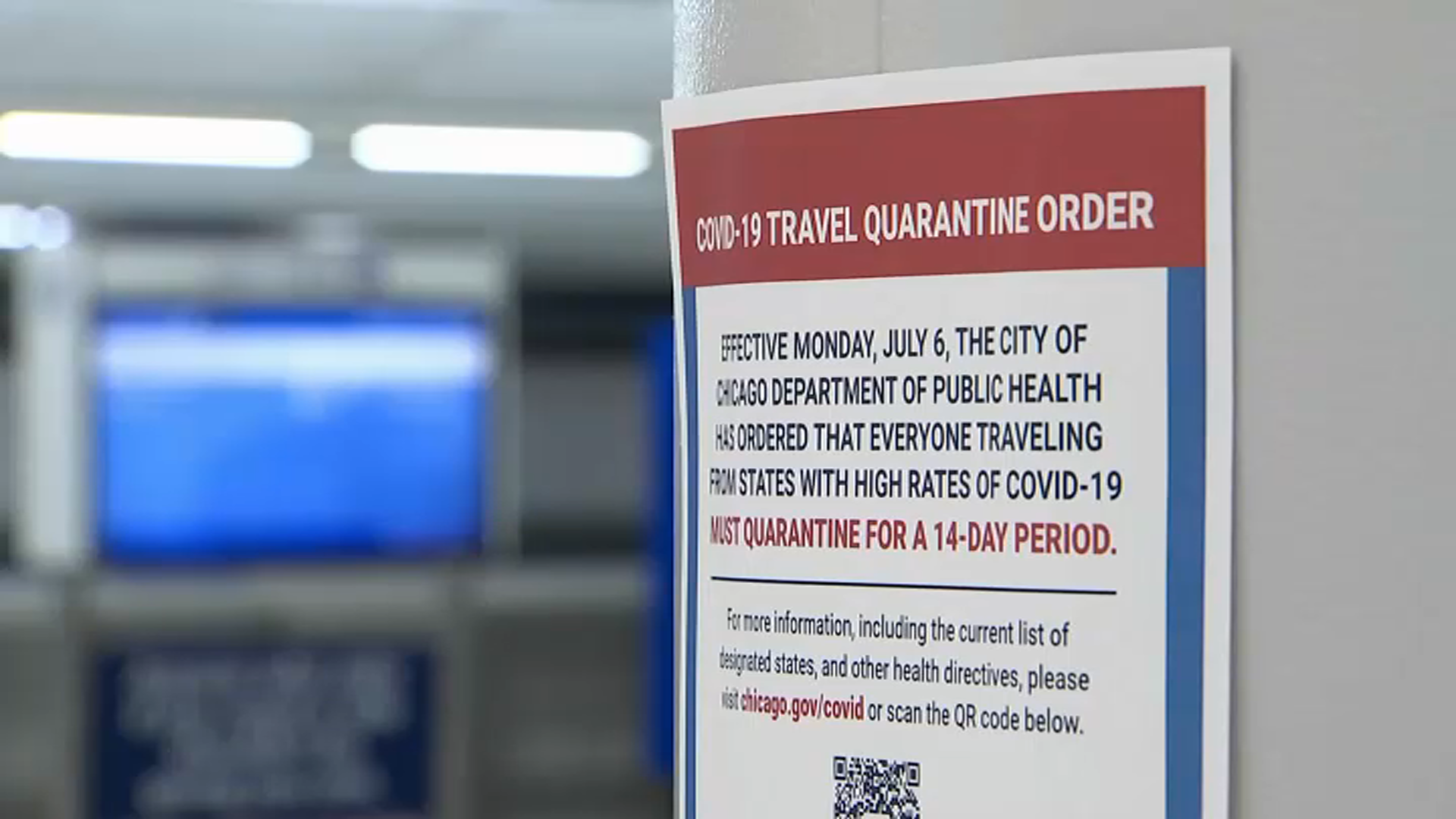