Project Near UC Could Pave Way For New Blackhawks Facility

A new office building for employees of the United Center will rise just to the east of the stadium by the fall of next year, officials announced Thursday. But that construction project could be just one step to an even larger investment near the property.

The new building, to be located on parking lot H, will provide new space for employees of the Bulls, Blackhawks, Levy Restaurants and the stadium itself, and will free up space inside the stadium for fans, Mayor Rahm Emanuel and team representatives said.

The project is expected to create up to 300 jobs during construction and is part of a more than $400 million investment to the surrounding area. 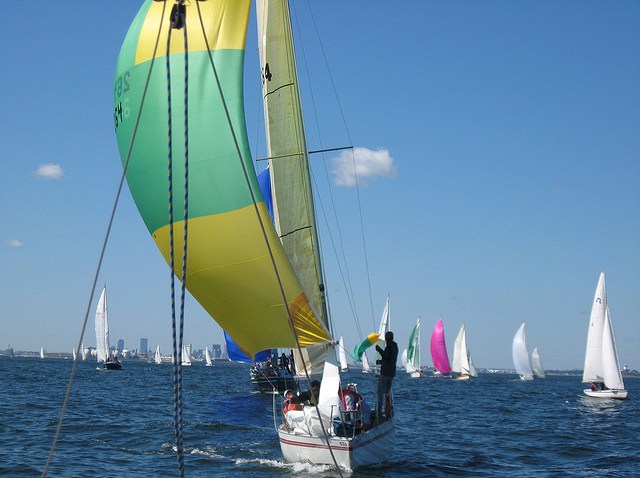 Sailing for All? Foundation Calls for Boaters to Diversify the Sport

"This is an exciting day. It's an exciting opportunity, and now it's incumbent on all of us to make the most of it," Emanuel said.

But if Blackhawks Chairman Rocky Wirtz can work out a tax deal with the city, the announcement made Thursday could be a stepping stone to a new hockey facility in the area as well. Crain's Chicago Business, citing sources, reported that Wirtz wants a $50 million facility large enough to house two skating rinks that would be used by the Blackhawks, visiting teams, and the public.

There are snags to those plans. Among them is the issue of land. The facility Wirtz now wants would need to be built on land that's owned by a number of different parties. Additionally, the Chicago Sun-Times reported that Wirtz wants a freeze on the 9 percent amusement tax before moving forward.

A third issue pertains to the special property tax formula that United Center has enjoyed since it was built in the early 90s. That formula expires in the coming years and would dramatically increase the amount flowing from the facility to city coffers.