Powerful storms with 85 mile-per-hour winds, tornado-like conditions and hail ripped through the Chicago area Monday, leaving flash flooding, downed trees and powerlines, and residential damage in its path as it blew from west to east, traveling from Elgin to Lake Michigan.

As of early Monday, more than 44,000 ComEd customers were still without power, according to ComEd's outage map.

As tornado warnings across Cook, Kane and other counties created dangerous weather conditions, travelers at O'Hare were ordered to shelter-in-place and a ground stop was issued for nearly an hour.

Photos and videos from across the Chicago area show damage to residential buildings, neighborhoods and yards, leaving some unable to return to their homes due dangerous debris from the severe weather.

According to a statement, Brookfield Zoo says it must delay its opening time Tuesday due to storm damage. "We received significant damage to our grounds due to last night's storm," Zoo officials said. "We will be clearing downed trees and pathways and assessing the extensive damage this morning."

Nearby, in the western Chicago suburb of Bellwood, the storm was especially frightening for the tenants of a three-story apartment building at 24th Avenue and Washington. Multiple residents say they initially heard hail and high winds, then seconds later, they noticed part of the roof had peeled away. Tenants scrambled to exit the building as the fire department arrived to provide help.

At least 18 families were displaced, and two people were taken to the hospital for minor injuries, according to Andre Harvey, mayor of Bellwood.

A structural engineer is expected to inspect the building today to see if and when resident can return.

A number of residents at a Bellwood apartment building were displaced Monday after a fierce storm rolled through, tearing off its roof. NBC 5’s Regina Waldroup reports.

More damage occurred down the street, where some discovered their cars had been struck by the storm.

"I'm glad no one was sitting in it," said Naeesha Ellis, one resident whose car was damaged.

While the severe storm cell has moved out, extreme heat and dangerous humidity has moved in.

The entire Chicago area is under an excessive heat warning until 8 p.m. Wednesday. Temperatures Tuesday are expected to reach a high of 98 degrees -- just one degree shy of the record set in 1987 -- but the heat index will make things feel hotter, with heat indices expecting to reach between 105-110 in most locations.

Relief from the heat isn't expected until Thursday, when temperatures are expected to dip down in the 80s. 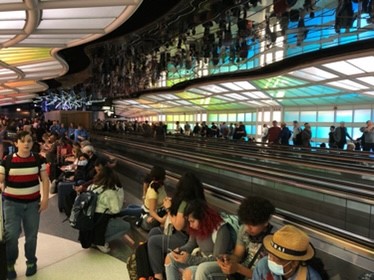 Travelers at O'Hare Forced to Seek Shelter During Storm Warnings 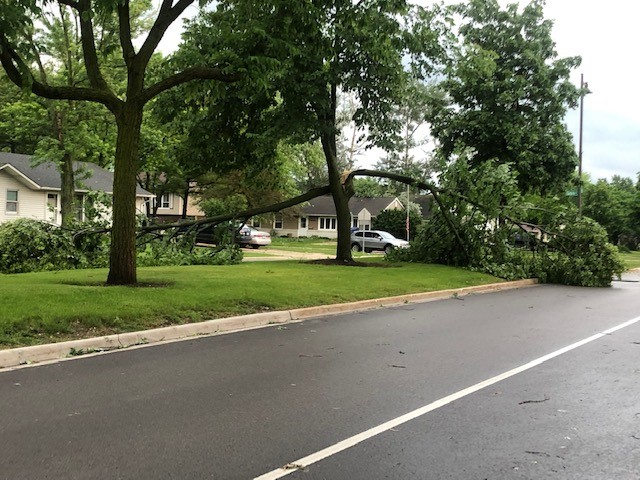 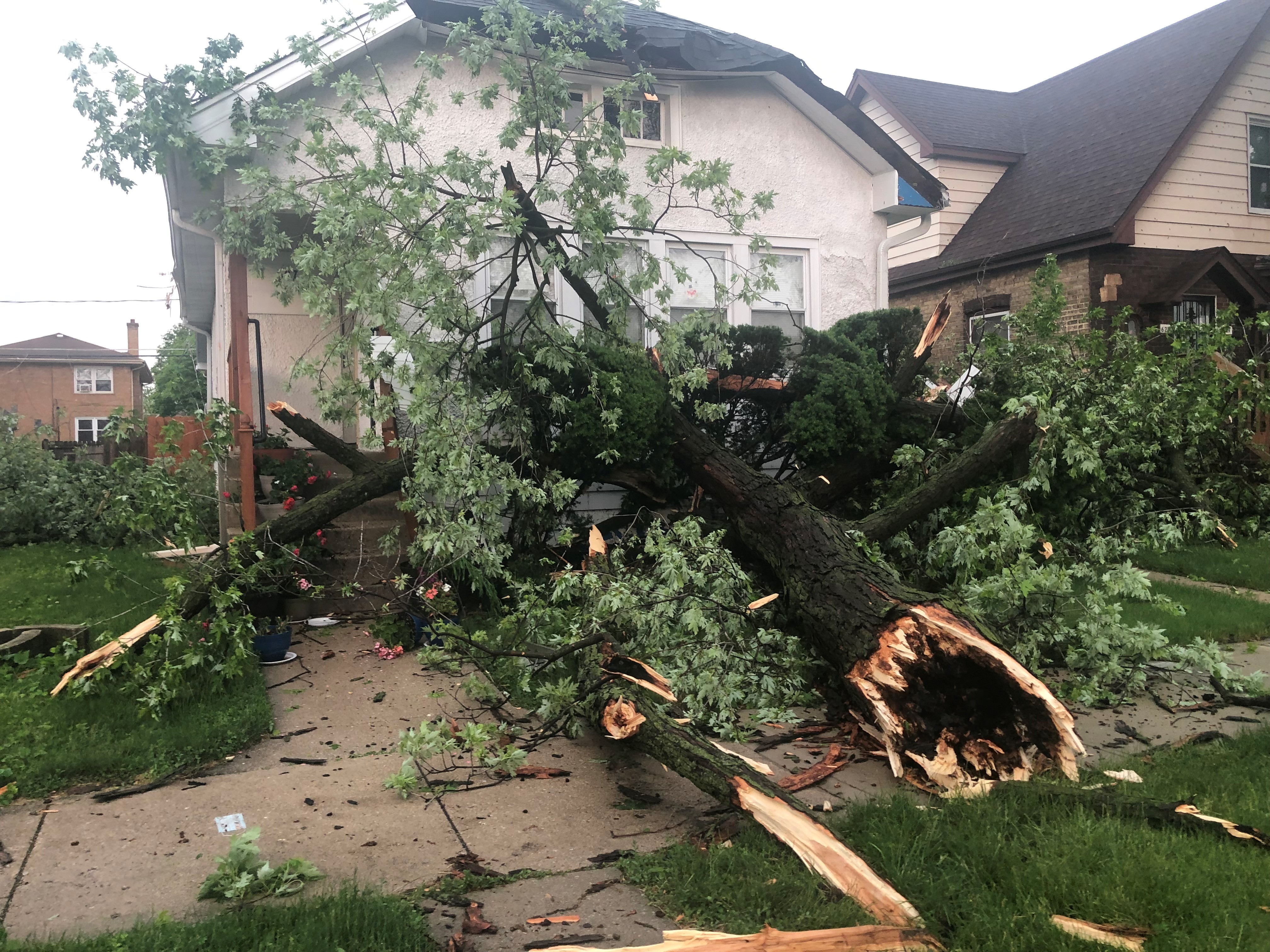